I just adore Rosanna Ley’s writing so I’m thrilled to be part of this blog blast for her latest book, From Venice with Love.

If you’re a regular blog visitor, you’ll know Rosanna Ley features here almost as much as much as I do!

I wrote about having afternoon tea with Rosanna Ley at the Covent Garden Hotel  when Her Mother’s Secret was released in this blog post.

My review of Her Mother’s Secret is here.

Rosanna Ley’s Last Dance in Havana was one of my books of the year in 2016 and you can find out all about that here and read my review here.

It was also my huge pleasure to host Rosanna on Linda’s Book Bag when The Little Theatre By The Sea was released and she wrote a glorious guest piece about her travel and research in this post.

So you can see why I was so pleased to be invited to be part of today’s event for From Venice with Love!

From Venice with Love is out today in paperback and is available for purchase through the links here.

From Venice with Love

The bestselling author of The Lemon Tree Hotel returns with an enchanting new holiday read about family bonds and following your heart, wherever it might take you…

With her marriage in danger of falling apart, Joanna returns home to the beautiful but dilapidated Mulberry Farm Cottage in rural Dorset, where her sister Harriet is struggling to keep the Farm afloat and cope with their eccentric mother.

When Joanna discovers a bundle of love letters in the attic, written by a watercolourist named Emmy, she is intrigued and sets out to discover Emmy’s true story. Emmy’s letters take Joanna to the picturesque alleyways and bridges of Lisbon, Prague, and the most romantic place of all: Venice – where a whole new magical world seems to unfold in front of her.

Meanwhile, back at Mulberry Farm Cottage, a mysterious prowler adds to Harriet’s problems and interrupts her search for a perfect partner. Will she ever find true love? Where will Emmy’s mesmerising pathway lead? And more importantly, will Joanna and Harriet be able to rescue the cottage and finally be able to re-discover their sisterly bond?

My Review of From Venice with Love

Sisters Joanna and Harriet have some self discovery to make.

It’s an absolute joy to return to a Rosanna Ley novel. I enjoyed From Venice with Love because it took me out of the cares of today’s world into another time and place so completely.

As I have come to expect from Rosanna Ley’s writing, there is a smashing sense of place through her vivid and evocative descriptions so that I could recognise the places in Lisbon, Prague and Venice that I have been to. This added an extra layer of enjoyment as it transported me out of lockdown and enabled me to travel safely, evoking memories I had forgotten. That said, a reader doesn’t have to have any knowledge of the settings in From Venice with Love to be able to visualise them completely because of the quality of the writing.

I loved the plot. There’s a wistfulness and poignancy underpinning the storyline that I found very affecting. Rosanna Ley has blended familiar elements like divorce and financial worries with a more mystical aspect which suggests the power of imagination. The swirling effects of the past ripple into the present, making for a magical and enchanting read that is completely believable.

I found the characters very realistic. I was in love with Owen from the very beginning. Joanna and Harriet could represent sisters in any family and the blend of love and distance between the two of them made me wish I could step into the pages of the book and advise them personally. Harriet is less instantly likeable and that makes her personal development through the story all the more engaging and fulfilling. I  found Emmy, who belongs firmly in the past, a wonderful catalyst for present events. Indeed, reading From Venice with Love made me think more about those in my own past who have shaped who I am today.

The themes of From Venice with Love feel gloriously mature and sensitively presented so that I think there is something for any reader. Rosanna Ley illustrates how marriage, relationships and love are not straightforward and do not always match the public presentation we provide to others, or are given in return. Sibling rivalry, memory, identity, self-acceptance and belonging echo through the pages and for me, that journey of self discovery that Joanna, Harriet and Nicholas all need is beautifully defined, making for an enormously rewarding read.

I really enjoyed from Venice with Love. Rosanne Ley entertained and engaged me completely, distracting me from the cares of today’s world and affording an escapist respite with characters I cared about. What could be better than that? 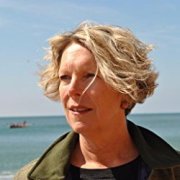 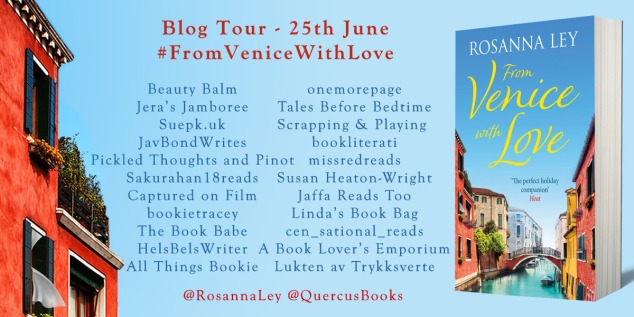 9 thoughts on “From Venice With Love by Rosanna Ley”