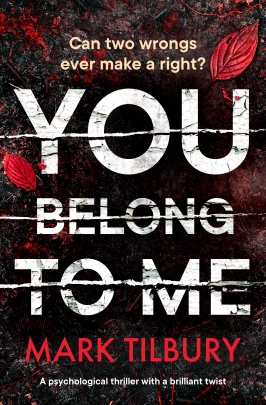 I’m delighted to be part of the blog tour for You Belong To Me by Mark Tilbury and would like to thank Mark and Emma Whelton at Bloodhound Books for inviting me to participate. This is one of the tours I agreed to before I decided on my tour ‘sabbatical’ and I’m so pleased to be taking part.

I have previously reviewed Marks The Abattoir of Dreams here and it became one of my books of the year in 2017 in a post you can read here. I was lucky enough to interview Mark when The Liar’s Promise was published (here) and Mark stayed in with me here on the blog more recently to chat about The Abattoir of Dreams.

Published by Bloodhound Books, You Belong To Me is available for purchase here.

You Belong To Me

Can two wrongs ever make a right?

The police never found fifteen-year-old Ellie Hutton. She vanished ten years ago after walking home from school along a disused railway track. But Danny Sheppard knows exactly what happened to her. She is dead and buried in a field near Lassiter’s Brook.

Now Cassie Rafferty has gone missing. Same age. Similar circumstances. And Danny also knows what has happened to her.

Can Danny fight his demons and tell the truth this time?

Or will history repeat itself and leave another innocent girl dead?

My Review of You Belong To Me

When school girl Cassie Rafferty goes missing it looks as if the past is going to catch up with the present.

Oh my goodness. I can’t honestly say I enjoyed Mark Tilbury’s You Belong To Me because it made me feel very disturbed and uncomfortable, but my goodness it’s a powerful read.

It’s tricky to say too much about the plot without spoiling the reading experience for others, but the three part structure works so well, especially with the theme of retribution and Keiran’s religious beliefs weaving through so that I kept thinking of the holy trinity and ethics in general. I found the middle section, dealing with the boys in the past, brutal and savage because of the realistic dialogue and the escalating violence of Calum. It was so effectively written that I had to keep giving myself a breather as I read to recover. I loved the way the narrative was resolved at the end.

What made me so disquieted about reading You Belong To Me was the way it made me question my own morality. Danny’s desire to outwit his evil brother Calum steps beyond what might be called acceptable behaviour, but I was with him all the way. I felt almost complicit in his actions and that didn’t make for an easy feeling. Mark Tilbury has an incredible knack of getting inside the very soul of a character, especially one like Calum, and making the reader understand them entirely. I found myself contemplating whether humans have the capacity to be born evil or whether Calum was simply incredibly ill. I’m not sure I know the answer even after reading You Belong To Me and I still don’t know if I would have gone along with Danny and the others.

As well as my helpless fascination with the character of Calum, I thought the four younger boys, Danny, Rob, Josh and Keiran were entirely realistic too. Their naive boasting, their bravado and the way in which they are affected by events seemed utterly believable and actually, terribly sad. Although I didn’t always like some of their language and attitudes, I have taught enough youngsters from challenging backgrounds to appreciate just how accurate a picture these parts of the narrative are.

You Belong To Me isn’t a book I will forget in a hurry and I’m beginning to find that this is characteristic of Mark Tilbury’s writing. He has the capacity to present the most barbarous actions utterly convincingly and to make the reader wonder ‘What if?’. I find this compelling and terrifying in equal measure. What a read! 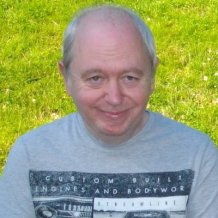 When he’s not writing, Mark can be found trying and failing to master blues guitar, and taking walks around the beautiful county of Cumbria.

5 thoughts on “You Belong To Me by Mark Tilbury”