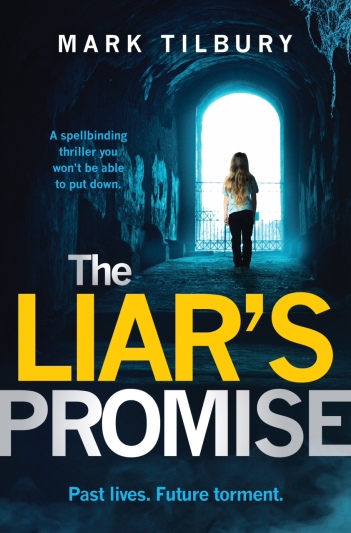 Although I’m thrilled to be part of these launch celebrations, I’m devastated that life simply hasn’t allowed me to read The Liar’s Promise by Mark Tilbury yet as I found his previous novel, The Abattoir of Dreams, an incredibly disturbing and engrossing book. You can read my review of The Abattoir of Dreams here.

However, I do have a fascinating interview with Mark to share with you all today.

The Liar’s Promise is published today, 28th November 2017, by Bloodhound and is available for purchase here. 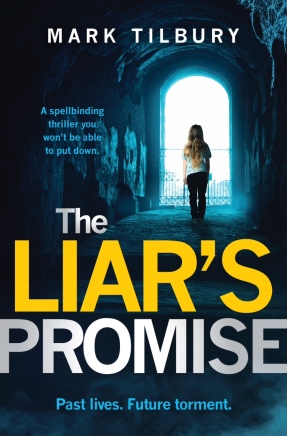 How does a mother protect her child from the unknown?

During a visit to a local theatre, four-year-old Chloe Hollis becomes hysterical. But her mother, Kim, doesn’t realise that this is just the beginning of the nightmare. In the coming weeks, Chloe talks of The Tall Man – Of death.

At her wits end, Kim confides in Charles Honeywell, the headmaster at the school where she works. But what Kim doesn’t know is that Charles is linked to what is happening to her daughter.

Will Kim learn the terrible truth? And can she overcome her own tragic past and save her daughter before it’s too late?

The Liar’s Promise is a story of past lives and future torment.

An Interview with Mark Tilbury

Welcome to Linda’s Book Bag, Mark. Thank you so much for agreeing to answer some questions on my blog about your writing and The Liar’s Promise in particular. Firstly, please could you tell me a little about yourself?

Thanks very much for inviting me. I’ve just finished working on my fourth book, The Liar’s Promise, which is to be published by Bloodhound Books on 28th November. It’s been a busy year so far with four books published by Bloodhound (two of them republished) and the birth of my first Grandson, George. I live in the lovely county of Cumbria, five miles from the sea, twelve miles from a lake and with a river thrown in somewhere in the middle! Perfect. I love being near water, having spent five years in the Royal Navy after I left school. I live with my wonderful girlfriend and have two grown-up daughters.

Why do you write?

Because it fulfils a need in me. When I don’t write, I feel restless and unsure what to do with myself. Plus my head gets filled up with all kinds of stuff demanding to be written. Some of it good, most of it rubbish!

I find writing dialogue very natural, but description I have to work hard at. I’m constantly trying to improve and learn from the great writers how to do things well.

I write in the afternoons in a back bedroom with the curtains closed and loud music playing. I try to keep the same routine throughout the first draft of a novel, and write seven days a week purely for continuity. Even a day off seems to make me lose the thread.

You know I found your last novel The Abattoir of Dreams very disturbing. How far is it your intention to create such a response in the reader and how far a natural part of how you write?

As far as The Abattoir of Dreams was concerned, I was compelled to write about the abuse of children in state run homes. How adults supposed to be overseeing the care of some kids systematically abuse them. I was horrified how this sickening depravity went mostly unreported.

As far as creating a response in the reader, my only intention whilst writing is to create a response in myself, and then hope the reader feels the same way as I do. I was extremely moved and drained during and after writing The Abattoir of Dreams. For me, the realism is important, but I do try to have light-hearted moments, add a bit of humour to balance the darkness.

(I was emotionally drained reading it too.)

You live in beautiful Cumbria. How important is it for you to get out into the countryside as an antidote for the kind of intense fiction you write?

I do enjoy going to the coast, lakes and river. I find being near water relaxing and a nice way to wind down after some of the stuff I write about, especially in such a beautiful setting..

Without spoiling the plot, please could you tell us a bit about The Liar’s Promise?

I know you’ve included the blurb above Linda, but essentially, The Liar’s Promise is about past lives and future torment.

(It sounds brilliant – I’m bumping it up my TBR right now!)

In The Liar’s Promise, Mel confides in her child’s headmaster. You frequently appear to invert reader expectations of those in authority. Why is this?

I haven’t experienced anything personally, but I am constantly looking at all aspects of life. My conclusion is that corruption is rife in every walk of life, and the people getting away with it need to be exposed as much as possible. It’s easy to just look away, never challenge your belief system, pretend that the world if a cosy place where only the good and great are in charge. The more I look, the more I see corruption and depravity at every level. The police. The government. Everywhere really.

Originally you self-published and now have a conventional publisher in Bloodhound. What have you learnt from the publishing process that might be of use to new authors?

I’ve learnt that promotion is key. Getting yourself known and interacting with readers and other writers on social media. There are a lot of really good people out there willing to help, so don’t be afraid to ask.

Although your books are frequently grim and shocking, there’s also an appreciation of love and humanity in your stories. How far does your writing reflect your view of life?

I believe love and friendship can overcome hardships and difficulty. I try to show that decency and honesty can prevail and overcome the most terrible odds. My main aim is to show that ordinary people can do extraordinary things. David really can slay Goliath. Heroes come in all forms, and they don’t have to be like Rambo!

I enjoy anything with a psychological edge to it, or something supernatural. I’ve been re-reading a few Stephen King and Dean Koontz books, most notably From the Corner of his Eye by Dean Koontz. I think this is possibly the best book I’ve ever read. It’s dark, meaningful, and has a bad guy who is both deranged and funny. My perfect kind of antagonist. I have also just read Sarah England’s latest supernatural thriller, The Soprano, which I highly recommend!

If you had 15 words to persuade a reader that The Liar’s Promise should be their next read, what would you say?

It’s a unique take on reincarnation and a chilling psychological thriller to boot!

Thank you so much, Mark, for your time in answering my questions. 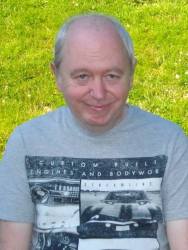 He’s always had a keen interest in writing, and is extremely proud to have his fourth novel, The Liar’s Promise, along with The Abattoir of Dreams, published, and The Revelation Room and The Eyes of the Accused re-launched, by Bloodhound Books.

When he’s not writing, Mark can be found trying and failing to master blues guitar,
and taking walks around the beautiful county of Cumbria. 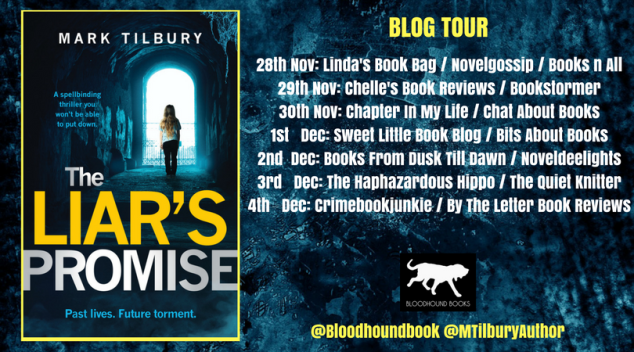 5 thoughts on “A Publication Day Interview with Mark Tilbury, Author of The Liar’s Promise”