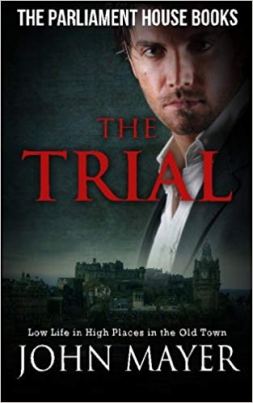 There’s a wry smile on my face today as I welcome John Mayer to stay in with me thanks to Caroline at Bits About Books and tell me about one of his books as, when I was preparing the blog post, I was so intrigued I decided to buy the book John has brought along. Turns out I bought it a while ago it’s been on my TBR some time! Let’s see what John has to say about it:

Staying in with John Mayer

Welcome to Linda’s Book Bag, John. Thank you for agreeing to stay in with me.

Well firstly, thanks for the invitation. I’m looking forward to this.

I’ve brought along a copy of The Trial which is the first full length novel in my series The Parliament House Books. I’ve chosen it because it deals with something we all meet at some point in our lives, and when this thing arrives, it flies like an arrow piercing the very heart of people’s lives from which they don’t recover. I think it is an apt analogy, because when this thing does arrive, it’s not unusual for people to commit suicide. I’ve known that to happen several times.

(Crikey. What on earth is it John?)

What that is? I’ll tell you in a moment. Patience, grasshopper. The subject of The Trial is a weighty one, but as we’re staying in, we have plenty of time to get into it. Perhaps we shall open the wine first? I’d love a red, please.

(You can have all the red you like. I’ll have prosecco as ordinary wine doesn’t agree with me.)

The reason I mentioned ‘first full length novel’ is because there are three Prequels to this series. These develop the central character from the auspicious night of the birth of my protagonist, Brogan McLane, through a ‘coming of age’ story which revolves around an old Glasgow phenomenon; that of a criminal trial in a pub, and lastly, to his first case as an Advocate in the Supreme Courts of Scotland in Parliament House.

These Prequels set up the message, which I hope comes over loud and clear, that this series is about one deeply important thing to people all over the world and that thing isn’t justice: my books are about something much more damaging than the pursuit of justice, though that in itself is usually a long and arduous journey. My books are about injustice: something that happens all the time, but of course, there are no votes about it in Parliament, no money from local authorities to right wrongs and far too often, nobody cares whether injustice ruins lives or not. I accept that injustice is very occasionally high profile and gets TV coverage. But just as quickly, that flash in the pan is over and the vast majority of people just settle down to eat their dinner before watching Spiderman and forget about those suffering injustice. One thinks of the cases of the Guilford Four and the Birmingham Six, but there are millions of others. Ask any child who is standing in a school playground crying and screaming that what has happened to them isn’t fair. They’ll tell you about injustice and exactly how damaging it is to the body and the psyche. If that all sounds a bit preachy, it’s really not supposed to. What I’m trying to do is remind adults what injustice felt like and of course, how with the right lawyer, the tables can be turned.

(Yes! At last! I loathe injustice with a passion and it’s the one thing guaranteed to get me yelling at the television or in a real strop.)

I thought long and hard about the title The Trial. After all, who would, as an unknown novelist, title their book after a classic which has the same title and subject matter? Only an idiot? Or someone who’s a successful trial lawyer with over twenty years’ experience, if you don’t mind me saying so? I’m the latter who’s read Franz Kafka’s The Trial maybe a dozen times. Of course, my book isn’t the same as his in any way, but the subject matter i.e. injustice, is identical.

Essentially, The Trial highlights the motto of the entire series: which is ‘Low Life in High Places in the Old Town.’

(The more I hear, the more interested I become John!)

What can we expect from an evening in with The Trial?

Ooh that wine is good. An excellent choice.

(Have another glass and tell us more.)

Well, readers tell me that what you can expect from an evening in with The Trial is a fascinating journey behind the scenes in Parliament House. The central character Brogan McLane inhabits two worlds. Parliament House in Edinburgh where he is an Advocate of the Scottish Bar, and the Calton Bar in Glasgow, where he drinks and eats with men he’s known all his days and whom he can trust with his life. Which group of people do you think comes out more honourably?

Ah! Don’t judge too quickly grasshopper. Life is complex and arriving at a just solution to an unjust situation is one of the most complex parts of life. I won’t spoil the ending by saying how nor even if that journey is completed. What you can be sure of is that justice is in the hands of a very few people in every country of the world and not all of them are honourable. Particularly in Parliament House in Edinburgh. Believe me, I know every inch of the place and every story which has unfolded over its five hundred year history. What you have to understand is that justice isn’t automatic. Not by a long way.

(I’m fully aware of that John! I’ve seen injustice all over the world but it makes me so cross when there are those who claim we live in a wholly just society. We do not!)

In The Trial you’ll encounter blood brothers, old school ties and not always of the material kind. You’ll meet judges who are reluctant members of the secret brotherhood called The Lochie Society and others for whom being a Member is all that supports their position on the Bench of the Supreme Court of Scotland. In particular, you’ll learn a lot about a scumbag judge called Lord Aldounhill. Is he representative? Well, you must make up your own mind. You’ll also meet honest men and a lowly but important man in Parliament House who is old Jimmy Robertson the Queen’s Macer; a man without whom Parliament House couldn’t function. You’ll see how it’s the interactions of these people which facilitate that pinpoint moment when a jury pronounces ‘Guilty’ or ‘Not Guilty’.

(Quite a lot to ponder there John. Have some more wine. Cheese too?)

Gosh, that wine is really good and goes very well with the cheese. 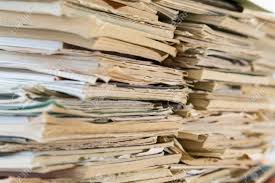 Here, try the Wensleydale. For my money it’s the best English cheese and every bit as good as Wallace says it is. Did you know we have a dog called Gromit? So I guess that makes me Wallace. You may know that we’ve been living on a tiny island in Greece for the last two years. Well, when we got back I discovered a few manuscripts tucked away in the attic. I’ve brought them along just for old times’ sake. The first three are law books which are used in universities and occasionally by the courts. I’m very proud of having been an expert in international child abduction law. In fact, the character ‘Ababuo’ who’s featured in The Order was based upon a real child whom we rescued and saw through to adoption in Edinburgh. I also discovered a full novel called The Power of Clean Hands which was written twenty years ago. Another project waiting to be completed!  Anyway, I’m presently writing the sixth novel in the Parliament House Books series entitled The Court. But you’ll have to wait a few months for that one.

It sounds to me as if you’ve plenty to be getting on with John. Thanks so much for staying in with me and telling me all about The Trial. Now I realise I have already bought it, I’d better get reading it.

This has been great. We should do it again sometime. Many thanks for having me.

In Parliament House,scandal can be deadly.
A maverick lawyer. A secret worth killing for….

Brogan McLane has always been an outsider. Born on the wrong side of the tracks, he learned to fight tooth and nail for justice in the mean streets of Glasgow, Scotland. But now, after years of of hard work and study, McLane has been ‘Called to the Bar’, and become a member of the most prestigious legal club in the country; The Faculty of Advocates in Parliament House…

But his legal career may be cut short before it even begins. In the wake of a seedy sex scandal, a High Court Judge is found dead… murdered in his palatial estate. The victim’s wealthy and connected friends close ranks. One of them knows the killer’s identity, but they care more about appearances than justice. They need to pin the heinous crime on a scapegoat. And who better than ‘outsider’ Brogan McLane…

Out on bail, his career on hold, McLane needs to get ahead of his enemies fast, or go down for a crime he didn’t commit. Enlisting the help of his scrappy Glasgow friends, and an honest police commander, the rogue lawyer decides there’s only one way to clear his name… find the real killer!

From Russian mafia bordellos to the halls of Scotland’s highest court, McLane must use every trick in the book to catch a murderer as skilled at legal manipulation as he is. But will it be enough to win the most important trial of his career… His own?

The Trial is the first standalone book in the addictive Parliament House Scottish crime series. If you like heroic lawyers, scandalous twists, and edge-of-your-seat suspense, you’ll love this gripping legal thriller.

The Trial is available for purchase here. 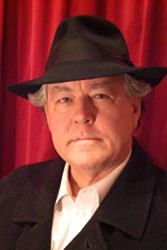 Like his leading character, Brogan McLane, John Mayer was born in Glasgow, Scotland and spent much of his time in the Mitchell Library in central Glasgow where he devoured books of all kinds.

Having as the owner of a record company had a court battle with global giants, John decided to study law and became an Advocate in the Supreme Courts of Scotland – yes, at Edinburgh’s Parliament House. John acted for the downtrodden and desperate as well as Greenpeace International. His specialism was in fighting international child abduction.

John’s experiences as an Advocate are the foundation for his Parliament House Books, his battle to seek justice is what motivates and inspires his protagonist, crusading Scottish Advocate, Brogan McLane,  who fights injustice casually delivered by Low Life in High Places in the Old Town.

4 thoughts on “Staying in with John Mayer”