I must begin this blog post with an abject apology to L. J. Kane, author of Snatch Girl. I completely forgot that we had conducted this interview and have been sitting on it for over two months. I think I was suffering from bamboozled blogger brain. However, I’m delighted to be rectifying the error and welcoming L. J. Kane to Linda’s Book Bag today.

Snatch Girl was published on 21st April 2017 and is available for purchase here. 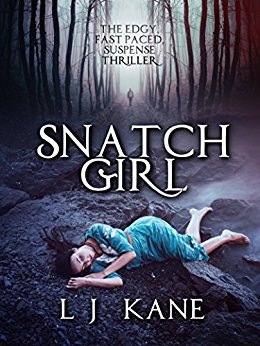 Girl missing: What if you’re with her all the way through to the end…if it ends…? Will Ellie survive? Would you?

Snatched from her sadistic captor’s lair by his own getaway driver, eighteen-year-old student Ellie realises that she’s still kidnapped. As the enigmatic Darren Broderick drives off into the night with the terrified girl beside him, the sadistic Jon Braddon is not far behind.

Thrown together, on opposing sides, Darren and Ellie must stay one step ahead of Braddon’s twisted mind, and Ellie must resist Darren’s Aussie charms to the end. Darren Broderick needs the ransom, Braddon needs a victim. And he will fight to the death to get her back.

An Interview with L. J. Kane

Welcome to Linda’s Book Bag, L.J. Thank you so much for agreeing to answer some questions on my blog about your writing and Snatch Girl in particular. Firstly, please could you tell me a little about yourself?

I live in the UK with my husband who’s a great soundboard, full of encouragement, and great ideas. Between us, we have met many unusual characters over the years, people with extraordinary lives from whom I can derive lots of inspiration.

I love people-watching, overhearing conversations on the bus, dreaming up exciting plots while waiting in traffic, and while walking the dogs. I am having so much fun with my novels, and it’s because I’ve always believed in myself, that I have finally become an author, after 20 years procrastinating!

Why do you write?

I can’t imagine a life without writing. Stories fly around my head and I’m always thinking up characters and scenarios for thrillers. I enjoy the creative process so much, and I enjoy creating scary, nerve-wracking scenes.

(Oh. I think that sounds exhausting!)

When did you realise you were going to be a writer?

I was about 7 years old when my teacher said that my stories were advanced for my years, and that I was a “proper little author.” In my teenage years, my English teacher encouraged me to take my stories to the next level as I often turned the mundane “Turn this paragraph into a short story” brief into a mini thriller, complete with air crashes, and spies gunning each other down on rain-soaked hillsides!

(Hurrah for English teachers I say – well I did used to be one!)

The easiest aspect for me is character building. In Snatch Girl, Darren’s character was the easiest, closely followed by Ellie who just seemed to write herself onto the page. Braddon, the brutal, sadistic villain, was a little more difficult as he’s a savage character with evil on his mind, and that took a lot of effort because it’s painful to write about someone like that.

I’m a night owl so I write from about 9pm into the early hours, when my ‘muse’ wakes up! I edit in the daytime when I’m focused. I actually write lying on the sofa with my feet up, a wireless keyboard on my lap, and a huge all-in-one PC facing me on the coffee table! Lazy, I know, but so comfortable.

Snatch Girl is a psychological suspense thriller, how did you feel whilst you were writing it?

I wrote Snatch Girl in Deep Point of View, staying within poor Ellie’s head the whole way through the book. I felt Ellie’s every stab of fear, every emotion, and every footstep, right through to the end, so it was both thrilling and exhilarating. I felt so guilty dragging Ellie through those nightmare scenarios!

(That must have been quite an experience.)

I know you procrastinated for twenty years before writing Snatch Girl. What advice would you give to other aspiring writers, like me, who are currently procrastinating?

Believe you can write your book and focus on the end product in your mind: the paperback in your hands, the e-book on your device. Create music playlists for your characters and scenes, and then go for it. As my mom says, “While you’re thinking [about it], you could be doing [it]”.

Why did you choose to make Darren Australian?

It just totally fits his character, his sense of humour, and his macho side. Darren’s a complex character, the anti-hero/bad boy of the story, and he was so much fun to write!

Snatch Girl is very fast paced. How did you manage the plotting of your book?

I initially wrote Snatch Girl as a ‘write and see’ type of novel but I had to reign it in quickly! I created several drafts, made copious typed and hand-written notes, used sticky notes, scribbled on serviettes – you name it, I made notes on it! I knew the storyline backwards, so it came together easily. In fact, I had so many ideas that I had to miss a few scenes out of the final book.

(Perhaps we’ll see some of them in the next book.)

If you could choose to be a character from Snatch Girl, who would you be and why?

I think I’d be too terrified to be any of them! It was scary being inside Ellie’s head the whole time and experiencing the trauma of being the kidnap victim in a relentless living nightmare. I wouldn’t dare to be in Braddon’s head for a second…

If Snatch Girl became a film, who would you like to direct it?

I think the late Wes Craven would have been the perfect choice to bring Snatch Girl to the big screen, with his style showcasing the shocks and nail-biting suspense from beginning to end.

I love psychological thrillers and horror, anything that captures my vivid imagination. Stephen King is my favourite author but I’ll read any book where the cover and blurb intrigue me. I love movies too, the grittier the better.

If you had 15 words to persuade a reader that Snatch Girl should be their next read, what would you say?

What if you’re with Ellie right through to the end? Will Ellie survive? Would you?

Thank you so much for your time in answering my questions L. J. and for being so patient whilst I got round to sharing them with blog readers.

You’re very welcome. Thank you for having me! 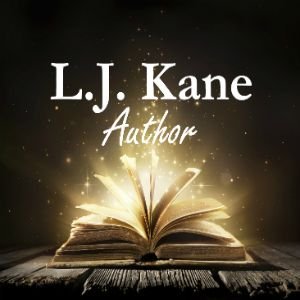 L.J. Kane loves people-watching, overhearing conversations on the bus, dreaming up exciting plots while waiting in traffic, and while walking the dogs. She is having so much fun with her novels, and it’s because she always believed in herself, that she has finally become an author after procrastinating for 20 years!

She lives with her husband who’s a great soundboard, full of encouragement, and great ideas. Between them, they have met many unusual characters over the years, people with extraordinary lives from whom she can derive lots of inspiration.

You can find out more by following L. J. on Twitter @L_J_KaneAuthor, visiting her blog or her website or visiting her Goodreads page.

11 thoughts on “An Interview with L.J. Kane, Author of Snatch Girl”