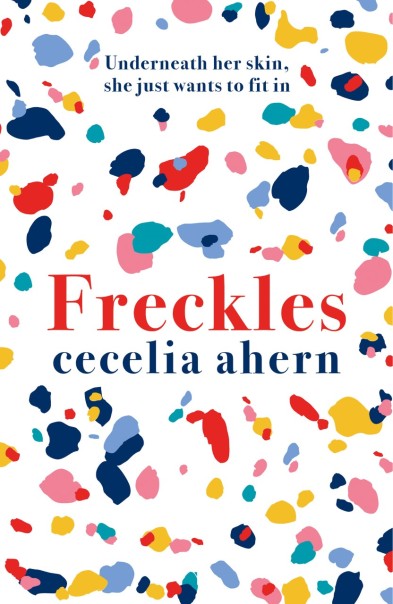 I’ve long loved Cecelia Ahern’s writing so it is wonderful to be helping to close the blog tour for her latest book Freckles. My grateful thanks to Anne Cater of Random Things Tours for inviting me to take part and to Harper Collins for sending me a copy of Freckles in return for an honest review.

Most recently I reviewed Cecelia Ahern’s Postscript here and was delighted to participate in a Zoom meeting with the author almost a year ago when the book was published. I have also reviewed her short story collection, ROAR, here.

Freckles is published by Harper Collins and is available for purchase through the links here. 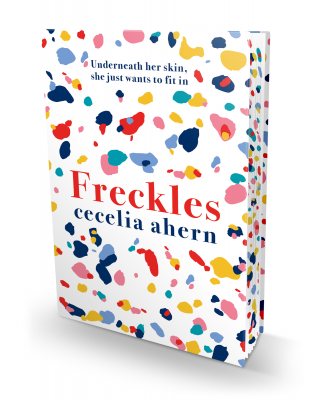 Allegra Bird’s arms are scattered with freckles, a gift from her beloved father. But despite her nickname, Freckles has never been able to join all the dots. So when a stranger tells her that everyone is the average of the five people they spend the most time with, it opens up something deep inside.

The trouble is, Freckles doesn’t know if she has five people. And if not, what does that say about her? She’s left her unconventional father and her friends behind for a bold new life in Dublin, but she’s still an outsider.

Now, in a quest to understand, she must find not one but five people who shape her – and who will determine her future.

Told in Allegra’s vivid original voice, moving from modern Dublin to the fierce Atlantic coast, this is an unforgettable story of human connection, of friendship, and of growing into your own skin.

My Review of Freckles

I started Freckles slightly apprehensively as I didn’t feel quite in tune with the writing to begin with. I think this is an important aspect of reading Freckles because there is a musical quality to Cecelia Ahern’s writing, not least alluded to in her protagonist’s name, where the rhythm is sometimes sombre, sometimes staccato jazz in style, sometimes upbeat and so on so that the narrative draws in the reader until there is a brilliant finale. Reading Allegra’s life is like listening to a concert of eclectic pieces that all commit to a theme until they are beautifully harmonised. Having begun it uncertainly, I ended up loving Freckles.

The complete joy in this book is the plot’s gradual uncovering of Allegra to both the reader and to Allegra herself, from her self-harming school days, through her persona as a traffic warden to her understanding of what it means to be a daughter and, quite literally, to be comfortable in her own skin. Cecelia Ahern creates Allegra with tenderness and brutality, with honesty and compassion until I felt an almost physical need to climb into the book and support her. I was moved and entertained by her in equal measure. I loved meeting the other characters too; especially as Cecelia Ahern is unafraid to to give her readers fully rounded individuals who don’t always behave appropriately or who are flawed and unattractive as well as supportive and positive ones. This has the effect of presenting a real microcosm of the world in Freckles that could be transported to any setting and that is utterly absorbing.

However, although I loved the the story and the characters, it was the presentation of real life in Freckles that captivated me most. The rumours surrounding Pops illustrate how truth and reality can be blurred until people are changed and affected. Allegra’s obsessive personality, her forthright nature and her ability to create her own problems show just how difficult it can be for some people simply to exist in society. Minor characters like Whistles and Spanner help the reader understand that we shouldn’t judge others because we never really know the full extent of what is happening in their lives. I loved the traffic warden motif running through because I thought Cecelia Ahern handled it literally and metaphorically to perfection. We need rules for stability but we need to understand humanity alongside those rules, to flex them and adapt them in order for us all to retain our humanity. I found this aspect of Freckles both profound and affecting.

Freckles is a surprising book. It wasn’t quite what I expected at the beginning and took me a while to settle into because it felt edgier than other Cecelia Ahern books I’ve read, but I ended up loving it unreservedly and recommend it completely. 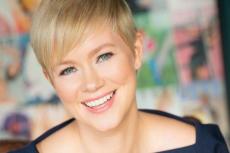 Cecelia Ahern is one of the biggest selling authors to emerge in the past fifteen years, having sold more than 25 million copies worldwide in over 50 countries. Two of her books have been adapted as major films and she has created several TV series in the US and Germany. Her novel PS I Love You was a New York Times bestseller and huge #1 bestseller in Ireland and the UK. In 2007, it was made into a major film starring Hilary Swank and Gerard Butler and most recently, Cecelia wrote the sequel- Postscript which was an instant bestseller.

Cecelia has written13 bestselling novels including two YA novels and a critically acclaimed collection of short stories, ROAR which is being produced by and starring Nicole Kidman. Her novels have resonated with readers everywhere through their thoughtful, unique and inspiring storytelling and have won numerous awards. Cecelia lives in Dublin with her family. 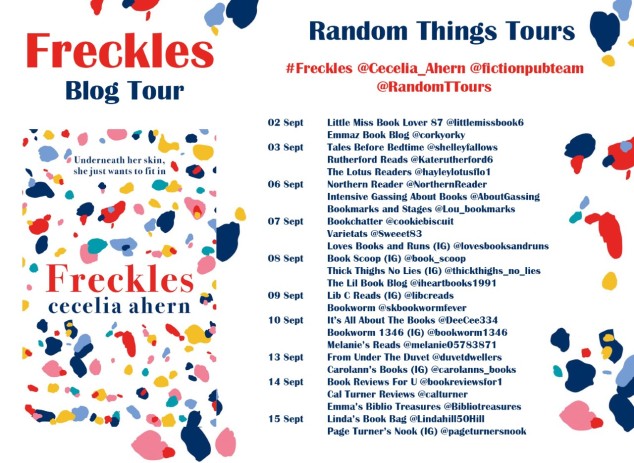 9 thoughts on “Freckles by Cecelia Ahern”