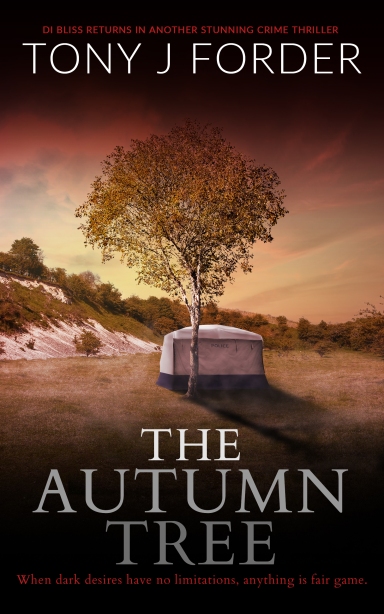 It’s a real thrill to welcome Tony J Forder back to Linda’s Book Bag with a fabulous guest post about his protagonist DI Bliss in celebration of the latest thriller The Autumn Tree. The Autumn Tree is part of a series but I have found all the books work brilliantly as stand alone reads too.

Tony has featured on the blog many, many times and you’ll find the other posts as follows:

My review of Slow Slicing here

A guest piece from Tony about The Cold Winter Sun imperative you will find here,

Tony also told us about writing outside his comfort zone here

His characters Bliss and Chandler from The Scent of Guilt introduced each other here.

Published on 24th May 2021, The Autumn Tree is available for purchase here. 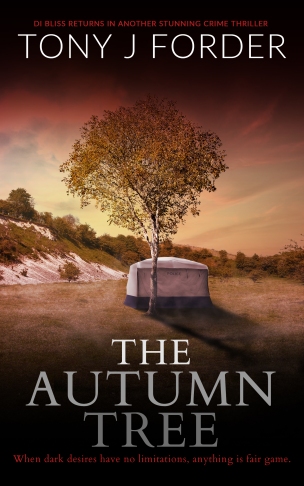 After a young woman is found strangled to death, Bliss is called to the scene. When he learns that one of his business cards was found among the victim’s clothing, and he is told what was written on the back of it, Bliss is immediately troubled. The card was one of five he handed out to trafficked young women he and his team had previously rescued from a shipping container.

When he sees the victim, Bliss realises she was not one of those saved that day. So whose card does she have? Any why? And is it connected to her murder?

The murder investigation proves to be more complex and challenging than the team could possibly have imagined. But just as they think they have it figured out, they learn that depravity has no boundaries…

When dark desires have no limitations, anything is fair game.

With my ninth DI Jimmy Bliss book now available, I thought it was time to look at some of the things that have been written about him over the past few years. Much of it may well be true, but are there also some myths in need of dispelling? I believe there are, which is what I hope to do here.

Many people are under the impression that Bliss entered the fray in book one already weighed down by tons of baggage and only adding to that burden as the book unwound. In my view that entirely depends on what you consider to be ‘baggage’, and I believe it somewhat misrepresents the character. As the author, I look at Jimmy and see a man who had a wonderful childhood in an unbroken home, who followed his father’s footsteps into the police force and still does a job he cannot bear to be away from. I see a man who met, dated and married a woman who understood him and his commitment to the job, and whom he would undoubtedly still be with had she not been murdered. To me, that loss is his only piece of genuine baggage, because he doesn’t even consider his health problem to be a burden. His loneliness and general negative outlook stem from that one terrible incident that took his soul mate away. The rest of it is life… something we all have to negotiate.

There are two things you have to understand about Jimmy Bliss when it comes to the more senior officers: first, he has no time for the politically ambitious types who have little experience out on the streets; and second, he is willing to like those who prove likeable and respect those who earn it. If you think about it, while he loathed his Superintendent in the first book, he got on well with the Chief Super. When he returned to the city, he traded verbal blows with his DCI, but had a decent relationship with his Det Supt. As time moved on, even he and his DCI at the time arrived at a place of mutual understanding and respect. So yes, he is a cussed sod at times, and he does not suffer fools easily. Occasionally he’ll consider an instruction to be more of a suggestion, a rule something pliable to be bent. But at his core he gives people a fair shake and is not afraid to hold his hands up when he gets it wrong.

I’ve had a few complaints about Bliss being a sexist, especially in the wake of the first book. I usually consider most criticisms, but this one I dismiss out of hand. It’s a complete no brainer. To me, this is a perfect example of the way language has been twisted and manipulated to suit a specific point of view, and I simply won’t have it. It’s a modern day malaise, and I find it lazy and infuriating. Yes, Jimmy has a roving eye. Yes, if he spots an attractive women he won’t immediately turn his gaze away, and yes he does admire a shapely calf or two. But for him to actually be a sexist, if we take the true meaning of the word, he would have to objectify women, he would have to demonstrate prejudice or actually discriminate against women on the basis of their sex, and this is patently not the case with Bliss. His best friend right from the word go is Penny Chandler, his female DC. He treats her with respect, as an equal, and yes during their banter he might make the odd remark, but the very first page of the first book has Chandler accusing him of being willing to jump the bones of an unearthed skeleton, yet absolutely nobody has ever complained about that. Sadly, we live in an age in which the mere act of admiring a woman’s physical attributes can lead to a man being accused of being a sexist, when in fact the word is simply being terribly misused and abused by some seeking to signal their virtue. Also, it seldom – if ever – works the other way around.

Bliss Colouring Outside The Lines

There are a few people who believe the police service – no longer a force, we must remember – and everyone in it operates within the rules of PACE at all times, that they are lean, mean, robotic machines adhering to the rules and going about their daily lives putting law and order ahead of justice at every turn. In this same world, coppers live perfectly normal family lives, partake only occasionally of the odd libation, don’t gamble, play away from home, or accidentally ever trip an unruly suspect down the stairs. In short, they are idealistic but not overly realistic.

So let’s get real, shall we? I don’t doubt that some uniforms and detectives meet these parameters, but are they necessarily the majority? Because to err is to be human. We humans have strengths and weaknesses, we occasionally succumb to temptation, sometimes we are less moral than we might prefer, we get things wrong and make bad decisions. And many have no problem at all with the ends justifying the means.

Some readers and even the odd writer look down their noses at lead characters whose lives have gone off the rails. They consistently sell the idealistic notion of policing, often suggesting that the alternative is a rough mixture of The Sweeney and Life on Mars TV shows. The truth, as is so often the case, lies somewhere in the middle. But they know best, you see, because they have authenticity in the shape of police insiders to guide them. Their outlook fails to appreciate the fact that many of us do, even if we sometimes choose to liberally dust our work with fiction.

I can’t deny it… Jimmy Bliss does colour outside the lines at times. But he’s no maverick, speeding around town in a souped-up Ford, leaping over bonnets, punching every villain who oozes across his path, and neither does he wave around a smoking Uzi in each hand. He’s just a hard-working DI who knows his own mind, is able to think for himself, and has a sense of justice that at times manages to overlook the odd protocol or procedure in favour of banging up ‘chummy’. He’s an old dog who really doesn’t want to learn new tricks, because the ones he’s used to have served him so well. Oh, and I should perhaps also mention that he’s fictional, a character in a work of fiction that looks to entertain as well as inform. Bliss may not always adhere to every line of PACE, but he takes each situation as it comes and reacts accordingly. That one isn’t mythical, and it’s also just fine with me.

That’s wonderful Tony. Thank you so much for providing us with such a brilliant insight into Bliss. I agree – he’s a true individual – even if he is a fictional character!

Tony J Forder is the author of the bestselling DI Bliss crime thriller series. The first seven books, Bad to the Bone, The Scent of Guilt, If Fear Wins, The Reach of Shadows, The Death of Justice, Endless Silent Scream, and Slow Slicing, were joined in December 2020 by a prequel novella, Bliss Uncovered. The series now continues with, The Autumn Tree, released on 24 May 2021.

Tony lives with his wife in Peterborough, UK, and is now a full-time author. He is currently working on the first book of an intended new crime series, whose working title is The Huntsmen. 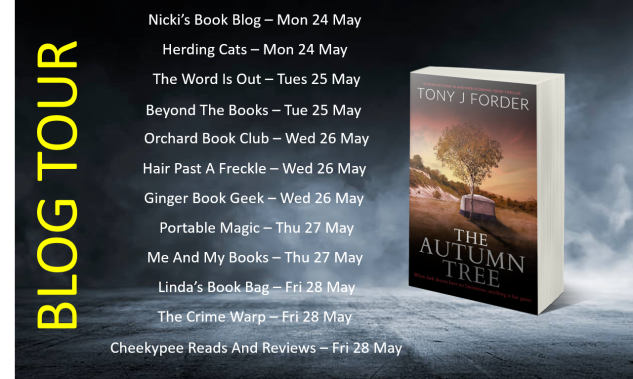 2 thoughts on “The Bliss Myths: A Guest Post Tony J Forder, Author of The Autumn Tree”