Having read and loved the previous three books in the Why Mummy… series by Gill Simms, I simply had to read Why Mummy’s Sloshed and I’m delighted to share my review today.

Published by Harper Collins on 15th October 2020, Why Mummy’s Sloshed is available for purchase through the links here.

I just wanted them to stop wittering at me, eat vegetables without complaining, let me go to the loo in peace and learn to make a decent gin and tonic.
It genuinely never occurred to me when they were little that this would ever end – an eternity of Teletubbies and Duplo and In The Night Bastarding Garden and screaming, never an end in sight.  But now there is.  And despite the busybody old women who used to pop up whenever I was having a bad day and tell me I would miss these days when they were over, I don’t miss those days at all.
I have literally never stood wistfully in the supermarket and thought ‘Oh, how I wish someone was trailing behind me constantly whining ‘Mummy, can I have, Mummy can I have?’ while another precious moppet tries to climb out the trolley so they land on their head and we end up in A&E.
Again.

Mummy has been a wife and mother for so long that she’s a little bit lost. And despite her best efforts, her precious moppets still don’t know the location of the laundry basket, the difference between being bored and being hungry, or that saying ‘I can’t find it Mummy’ is not the same as actually looking for it.

Amidst the chaos of A-Levels and driving tests, she’s doing her best to keep her family afloat, even if everybody is set on drifting off in different directions, and that one of those directions is to make yet another bloody snack. She’s feeling overwhelmed and under appreciated, and the only thing that Mummy knows for sure is that the bigger the kids, the bigger the drink.

My Review of Why Mummy’s Sloshed

Ellen’s life is as chaotic, expletive and drink-filled as usual!

Having read and reviewed all three of the previous books in the Why Mummy series, it’s tricky to say something new about Why Mummy’s Sloshed that I haven’t said before.

All the elements I’ve come to expect from Gill Simms’ writing are present in Why Mummy’s Sloshed. There’s a witty, conversational style that makes the reader feel they are one of Ellen’s friends listening to her rather than reading about her. There are many laugh out loud moments (often through Edward’s antics for me). There’s an awful lot of swearing that actually made me feel quite jealous. I’d love to have an Ellen type sweary rant at times! I also very much appreciate the chronological structure of Why Mummy’s Sloshed. That doesn’t mean that elements from Ellen’s past are neglected because they are made clear through memories and conversations, but it is so good to read a book that starts in January and ends in December with dated chronological entries rather than having yet another time slip or dual narrative. I very much enjoyed the completeness of the narrative that concludes this series in a very satisfying manner.

I think what works so well throughout the entire Why Mummy… series is the characterisation. In Why Mummy’s Sloshed, Gill Simms reveals human frailty and strength. Her depiction of Jane in particular feels so realistic and I love the streak of feminism Jane has inherited from Ellen. Having loathed Simon in the previous book I was pleased to see him return slightly differently in Why Mummy’s Sloshed.

As with Why Mummy Doesn’t Give A ****, in Why Mummy’s Sloshed there’s a more measured and less frenetic approach that mirrors Ellen’s own increasing maturity, but this time I found a great wisdom underpinning the humour. In fact, Ellen’s assistance of her best friend Hannah, is a brilliant example of how we can all reach out to those under pressure. I think that underneath the humour, Why Mummy’s Sloshed is a surprisingly sensitive insight into the lives of many women and a brilliant example of how appearances may be deceptive.

I thoroughly enjoyed Why Mummy’s Sloshed. It’s funny, human and hugely entertaining. I think those finding Ellen for the first time might just find a little bit of themselves in her life that helps them with their own little darlings! 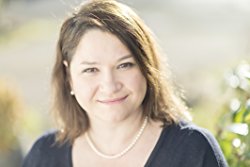 Gill Sims is the author and illustrator of the hugely successful parenting blog and Facebook site ‘Peter and Jane’. She lives in Scotland with her husband, two children and a recalcitrant rescue Border Terrier, who rules the house. Gill’s interests include drinking wine, wasting time on social media, trying and failing to recapture her lost youth and looking for the dog when he decides to go on one of his regular jaunts.

You’ll find Gill on Twitter @whymummydrinks, and can visit Gill’s Peter and Jane Facebook page or read her blog.

9 thoughts on “Why Mummy’s Sloshed by Gill Simms”