I wasn’t going to post today, but earlier lovely Meggy Roussel who blogs at Chocolate’n’Waffles told me that Amelia Henley was going to reveal her debut romance, The Life We Almost Had, and I simply had to be part of those celebrations. 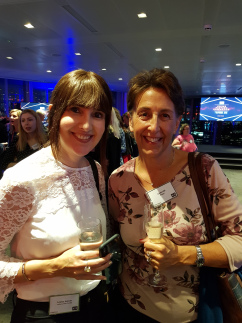 You see, Amelia Henley is also my friend and fabulous psychological thriller writer Louise Jensen. I recently reviewed Louise’s The Family here and it was one of my books of the year last year.

But this is about Amelia, not Louise!

I had the pleasure of finding out all about Amelia’s The Life We Almost Had at a wonderful evening in The News Building at the Harper Collins HQ New Voices Fiction Showcase in January.

Let’s find out all about The Life We Almost Had.

The Life We Almost Had

This is not a typical love story, but it’s our love story.

Anna wasn’t looking for love when Adam swept her off her feet but there was no denying their connection, and she believed they would be together forever.

Years later, cracks have appeared in their relationship. Anna is questioning whether their love can really be eternal when a cruel twist of fate delivers a crushing blow, and Anna and Adam are completely lost to one another. Now, Anna needs Adam more than ever, but the way back to him has life-changing consequences.

Is a second chance at first love really worth the sacrifice? Anna needs to decide and time is running out…

A beautiful and emotional love story that asks, how far would you go for a second chance at first love? Perfect for fans of The Man Who Didn’t Call and Miss You.

Doesn’t that sound wonderful? I can’t wait to get my hands on a copy and have a very special reason for wanting to read The Life We Almost Had. If I show you a tweet from Amelia you’ll know why! 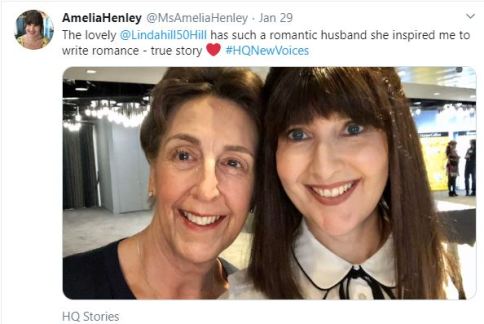 The Life We Almost Had will be published on 23rd July by Harper Collins imprint HQ and is available for pre-order through the links here.

Amelia Henley is a hopeless romantic who has a penchant for exploring the intricacies of relationships through writing heart-breaking, high-concept love stories.

Amelia also writes psychological thrillers under her real name, Louise Jensen. As Louise Jensen she has sold over a million copies of her global number one bestsellers. Her stories have been translated into twenty-five languages and optioned for TV as well as featuring on the USA Today and Wall Street Journal bestsellers list. Louise’s books have been nominated for multiple awards.

The Life We Almost Had is the first story she’s written as Amelia Henley and she can’t wait to share it with readers.