Apologies if you have a feeling of deja vu ith this post but Amazon messed up the ebook buy link so we decided to remove the blog post until it was reinstated.

With success after success, I’m thrilled Rob has agreed to stay in with me to tell me about his latest book.

Staying in with Rob Sinclair

Welcome back to Linda’s Book Bag Rob. Thank you for agreeing to stay in with me. Tell me, which of your books have you brought along to share this evening and why have you chosen it?

I’ve brought The Green Viper which is the fourth book, and the latest, in the James Ryker thriller series, which is out today.

(I can’t believe you’re on to book four in this series Rob – I have some catching up to do! Happy The Green Viper publication day and congratulations.)

What can we expect from an evening in with The Green Viper?

The Green Viper is Ryker’s fourth outing and a direct follow-on from the third book in the series – The Silver Wolf (though all can be read standalone!).

For this book, I wanted to take Ryker on a slightly different journey to those of the previous books. James Ryker, as a character, was derived from my previous Enemy series, where he went under the identity of Carl Logan. Logan was a clandestine operative for the the secretive Joint Intelligence Agency, but that job, and that life, came to an end for him after Hunt for the Enemy.

Effectively jobless now, and wanting nothing more than a quiet life, each of the Ryker books has drawn Ryker back to that old life, one way or another, largely through pitting him against old foes. The Green Viper is different, and instead of old foes, it’s old loyalties that pull him back in this time, in particular his loyalty to the family of his long-term mentor, Mackie, who died quite a few books ago. Although set predominantly in New York, it’s more of a ‘domestic’ plot, and has a lot in there about the bonds of family, and the legacy of families. In that sense I think it’s quite stripped back in terms of the breadth of the plot, which was really refreshing after having written several globe-trotting thrillers. Though there is still a LOT of action in there of course, and, I hope, a lot of emotional impact.

(Knowing your writing as I do Rob, I think this sounds fantastic.)

To get Ryker, and the readers, properly acclimatised for the book, I’ve brought a selection of items relevant to New York, given that’s the primary location for the book! My wife and I spent 18 months living in Manhattan a few years back and a lot of the places in the book are taken from my own memories of our time there. So, what I’ve got is: 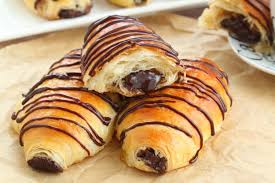 (I lived and worked in New York too for a while Rob and I never had these. Time for a return trip I think!) 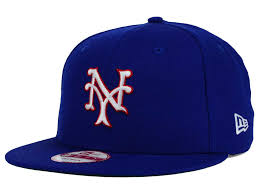 (Good point! I’m afraid baseball didn’t do it for me…) 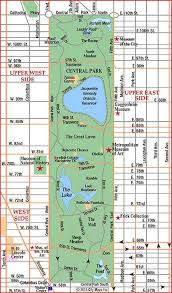 (You’re absolutely right – though my husband saw more of it than me when I was there as he visited and went out for days when I was working!)

It’s been a real pleasure having you back on the blog Rob. Thanks so much for staying in with me to tell me about The Green Viper. Don’t leave it so long next time. Now, pass me those chicken wings!

I need your help. Call me.

Ex-intelligence agent James Ryker receives a coded message through a secret drop point, a means of communication known only to him and one other person. The problem is, that person is his ex-boss, Mackie… and he’s already dead.

But the cry for help is real, and it’s a request Ryker can’t refuse.

Travelling to New York alone and without official sanction, Ryker has a single goal in mind, yet even he couldn’t have bargained for the violent world he’s soon embroiled in. Caught in the middle of a spiraling chaos, with the FBI on one side and warring underworld bosses on the other, Ryker must put all of his skills to the test in order to come out on top and keep his word.

In a world full of lies and deceit, loyalty is everything, and it’s time for James Ryker to pay his dues.

Rob is the author of the critically acclaimed and bestselling Enemy series of espionage thrillers featuring embattled agent Carl Logan.

His explosive debut, Dance with the Enemy, was published in 2014 and introduced the world to the enigmatic Carl Logan. The second novel in the series, Rise of the Enemy, was released in April 2015, with the third, Hunt for the Enemy, being released in February 2016. The Enemy series has received widespread critical acclaim with many reviewers and readers having likened Rob’s work to authors at the very top of the genre, including Lee Child and Vince Flynn.

Rob’s pulsating psychological thriller Dark Fragments, released by Bloodhound Books in November 2016, has been described as ‘clever’ and ‘chilling’ and an ‘expertly crafted’ story.

Rob began writing in 2009 following a promise to his wife, an avid reader, that he could pen a ‘can’t put down’ thriller. He worked for nearly 13 years for a global accounting firm after graduating from The University of Nottingham in 2002, specialising in forensic fraud investigations at both national and international levels. Rob now writes full time.

Originally from the North East of England, Rob has lived and worked in a number of fast paced cities, including New York, and is now settled in the West Midlands with his wife and young sons.

2 thoughts on “Staying in with Rob Sinclair”