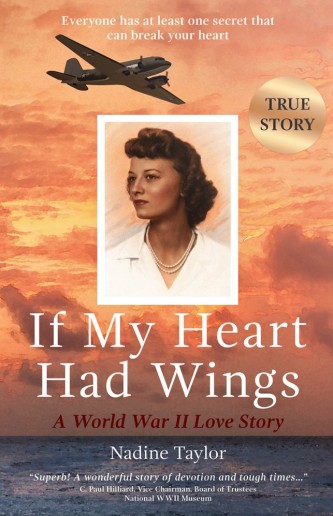 I think every family has a hidden secret and when I heard about Nadine Taylor’s book I simply had to ask her onto Linda’s Book Bag to tell me all about it because, as I hope you’ll agree, it sounds so intriguing. I am determined this one is not going to escape my TBR!

Staying in with Nadine Taylor

Welcome To Linda’s Book Bag Nadine. Thank you so much for staying in with me. Which of your books have you brought along to share this evening and why have you chosen it? 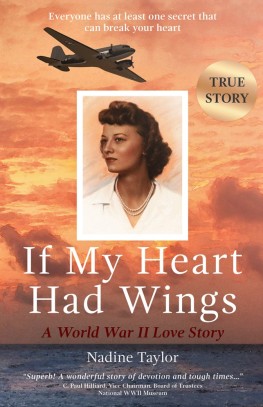 I’ve brought my memoir/biography/historical romance If My Heart Had Wings: A World War II Love Story, chosen because it’s a fascinating true story that began with my discovery, at age 13, of a picture of my mother in an unfamiliar wedding dress. This led to Mom’s surprising revelation that she had been married to a pilot who was killed during World War II. Under pressure (mine), she gradually revealed the details of their love and marriage, his untimely death and what she did after that. But that was only the beginning. During the decades that followed, Lyndon continually “reappeared” in our lives in important ways, even long after Mom herself had passed on.

(How amazing. I think If My Heart Had Wings sounds utterly fascinating.)

What can we expect from an evening in with If My Heart Had Wings?

If My Heart Had Wings is my mother’s story, and to a lesser extent mine – her college romance turned quickie wartime marriage, the death of Lyndon in a fiery plane crash, and her decision to block her grief and rush into a new life by marrying my father, a man she hardly knew.

(I have a feeling many women of your Mother’s generation did similar things Nadine.)

Mom’s stories of Lyndon and the relationship they shared stood in stark relief to what was going on at our house thanks to Dad’s alcoholism and his penchant for venting his rage on those closest to him. The story of Lyndon, who seemed to be ideal, gave me hope that something better awaited me. For decades his memory seemed to be hovering, unleashed at times through secret stories told by Mom, the unearthing of old photos and wedding rings, the discovery of a trunk full of wartime gifts at the end of Mom’s life, and a mystery about his death that emerged after she passed on – a mystery that only I could solve.

(Gosh. What an inspiration for your book. Your Mum would be so proud of what you’ve achieved here.)

I’ve brought along the picture of my mother in a wedding dress that brought this amazing story to light. Who knows? If I hadn’t found this picture, I might never have known about this enthralling era of my mother’s life!

(Wow! She was absolutely stunning. What a wonderful photograph to have. I’m honoured you decided to bring it along this evening.)

I may have well over 900 physical books on my TBR Nadine, and over 1000 on my Kindle but, having heard about If My Heart Had Wings I know there’s going to be another added very soon! Thank you so much for staying in with me to tell me all about it.

If My Heart Had Wings

It’s 1943 and World War II is raging when 22-year-old Nina Raff receives the horrifying news that her pilot husband has been killed in action in India. Blinded by grief, she upends her life, moves across the country, and plunges into a dysfunctional marriage with a jealous alcoholic who forbids any talk of her former husband.

For the next twenty years, she is trapped in denial and stifling domesticity… until her teenage daughter finds an unfamiliar picture of Nina as a bride.

What unfolds is a tangled WWII love story of family secrets, lies, and a passion that never died, culminating in a mystery that must be solved!

If My Heart Had Wings is available for purchase here. 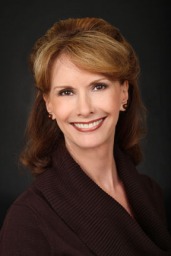 Nadine Taylor has authored, edited, and ghostwritten more than forty books, including New York Times bestsellers and national bestsellers, many of which have been translated into several languages and sold internationally.

A registered dietitian, Nadine began her writing career in the health field, editing the New York Times #1 bestseller The Arthritis Cure and penning the popular Green Tea: The Natural Secret to a Healthier Life, before branching out into the genres of memoir, psychology and business. Nadine lives in Los Angeles with her husband, Barry Fox, who is also a bestselling author.

You can find out more about Nadine on her website, on LinkedIn and by following her on Twitter @nadinetaylorfox.

8 thoughts on “Staying in with Nadine Taylor”