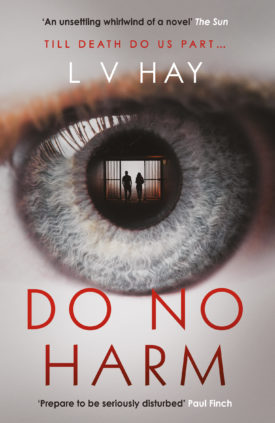 My enormous thanks to the lovely Karen Sullivan at Orenda Books for sending me a copy of L V Hay’s Do No Harm in return for an honest review.

Do No Harm is available for purchase through the links here.

Till death do us part…

After leaving her marriage to jealous, possessive oncologist Maxwell, Lily and her six-year-old son have a second chance at happiness with headteacher Sebastian. Kind but vulnerable, Sebastian is the polar opposite of Maxwell, and the perfect match for Lily. After a whirlwind romance, they marry, and that’s when things start to go wrong…

Maxwell returns to the scene, determined to win back his family, and events soon spiral out of control. Lily and Sebastian find themselves not only fighting for their relationship, but also their lives…

Chilling, dark and terrifying, Do No Harm is a taut psychological thriller and a study of obsession, from one of the most exciting new voices in crime fiction.

My Review of Do No Harm

Maxwell is determined to upstage his ex-wife Lily’s marriage to Sebastian but this will only be the start of their problems.

Oh my word. What a super study of obsession and control from L V Hay in Do No Harm. I so enjoyed this read.

Perfectly and competently plotted, Do No Harm is fluidly and smoothly written so that it feels like a top class read. I guessed who had done what straight away – and then, of course, with such clever writing, had to keep changing my mind as L V Hay wrong footed me at every turn. This is a genuinely twisty story with surprises and shocks coming thick and fast. I thought the short chapters added a breathless pace too.

I loved the characterisation and because the focus is on Lily, Denny, Sebastian, Maxwell and Fran with few extraneous people, there’s a smashing level of intensity that enhances the obsessive theme of Do No Harm. At times I wanted to shake Lily even whilst I understood the reasons for her actions.

I also felt horribly fascinated by the way L V Hay shows how obsession can take over a person’s life and how easy it is to control and manipulate those around us. She illustrates perfectly the injustice of life and the ease with which we can be taken over by others.

Do No Harm is a brilliantly entertaining read, and I found its impact lasted well after I had turned the final page. It left my belief in human nature shaken and disturbed. I thoroughly recommend it. 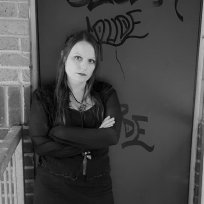 Lucy V. Hay is a novelist, script editor and blogger who helps writers via her Bang2write consultancy. She is the associate producer of Brit Thrillers Deviation (2012) and Assassin (2015), both starring Danny Dyer. Lucy is also head reader for the London Screenwriters’ Festival and has written two non-fiction books, Writing & Selling Thriller Screenplays, and its follow-up Drama Screenplays.