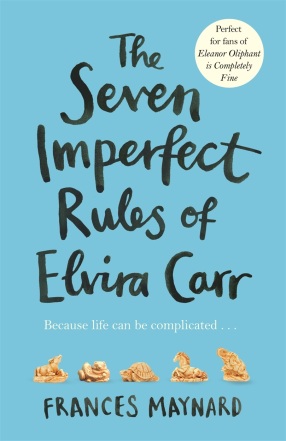 When The Seven Imperfect Rules of Elvira Carr by Frances Maynard was first published I was lucky enough to host an extract that you can read here. I had intended to read and review the book soon after but somehow my copy vanished somewhere in my 900+ TBR. (I think Elvira may have eloped with Harold Fry as I can’t find him either!)

However, lovely Ellis Keene sent me another copy of the paperback as I shall be lucky enough to stay in with Frances Maynard here on Linda’s Book Bag on 12th July when I do hope you’ll come back and join us. Consequently, seven months later than planned I finally have my review of The Seven Imperfect Rules of Elvira Carr!

Published by Pan Macmillan, The Seven Imperfect Rules of Elvira Carr is available for purchase through the publisher links here. 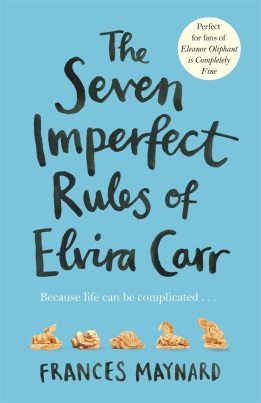 Funny, heart-warming and ultimately triumphant, The Seven Imperfect Rules of Elvira Carr is the perfect story for anyone who doesn’t quite fit in – and for everyone who chooses not to.

Elvira Carr is twenty-seven and neuro-atypical. Her father – who she suspects was in the secret service – has passed away and, after several Unfortunate Incidents growing up, she now spends most of her time at home with her overbearing mother. But when her mother has a stroke and is taken into care, Elvira is suddenly forced to look after herself or risk ending up in Sheltered Accommodation. Armed with her Seven Rules, which she puts together after online research, Elvira hopes to learn how to navigate a world that’s full of people she doesn’t understand. Not even the Seven Rules can help her, however, when she discovers that everything she thought she knew about her father was a lie, and is faced with solving a mystery she didn’t even know existed . . .

My Review of The Seven Imperfect Rules of Elvira Carr

Elvira is used to her overbearing mother dealing with everything from what Elvira wears to where she goes and what she eats, but life is about to change.

The Seven Imperfect Rules of Elvira Carr is a refreshing insight into the life and mind of Elvira – a young woman whom society would at best describe as ‘different’. And it is this difference that makes for such a satisfying read because Elvira’s fears, her insecurities, her need to be loved for her own sake, alongside her realisation that not everyone can be taken at face value is absolutely no different from the needs and understanding of all humanity. Elvira actually embodies the emotions all of us have at some point and I loved her for it.

There is sadness and pathos in the book as Elvira navigates her way through life, but so much more about her is uplifting and enlightening. Who couldn’t love someone who knows absolutely everything about biscuits and their packaging? The Seven Imperfect Rules of Elvira Carr made me smile and laugh, especially when Elvira began to develop her rules to help her cope in society. I have a feeling if we all took them on board the world would be a better place. I can’t say too much about the rules and what happens as a result of them as this would spoil the story, but they make the structure of the book so satisfying to read.

All the characters are extremely well depicted. I really want to meet Mark as I have something I would like to say (and possibly do) to him! I want to know what is happening to Elvira and Sylvia et al now I’ve finished the book as they feel so real that I care about what happens next to them. I’ve even found myself wondering what Elvira would say in certain situations as if she’s a friend I haven’t seen for a while. Frances Maynard has made me care about the people in her story and given them such vivacious and dynamic personas that I am missing them in my life. Whilst Elvira’s mother is quickly ‘off-stage’ in the story as she moves to her care home, she still remains pivotal to how Elvira thinks and behaves and this is so cleverly written. This even more the case for Elvira’s father who has died well before the story begins but is actually the catalyst for so much of the action.

Indeed, The Seven Imperfect Rules of Elvira Carr has wonderful plotting. Certainly it is an account of Elvira’s coming of age but there is mystery too so that the reader, whilst being several steps ahead of Elvira through the hints dropped, experiences her new perspective on life with her and I found that very effective and engaging indeed.

The Seven Imperfect Rules of Elvira Carr is an absolutely smashing read. It made me happy to have encountered Elvira. She has brightened my life, entertained me and given me a whole new perspective on the way we interact in society and that is quite a triumph. I really recommend it because it will warm your heart and lighten your soul. Wonderful! 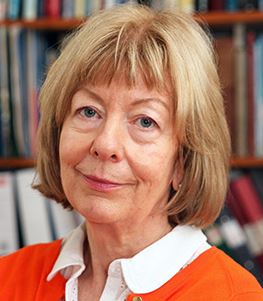 Frances teaches English part-time to adults with learning difficulties, including Asperger’s. She is married with one grown-up daughter and lives in Dorset.