I was desperate to read The Seven Imperfect Rules of Elvira Carr by Frances Maynard in time for these launch celebrations but unfortunately, life and my enormous TBR pile got in the way! However, I do have the opening of the novel to share today so at least I have had the pleasure of reading part of this wonderful book.

Published by Mantle, an imprint of Pan Macmillan, The Seven Imperfect Rules of Elvira Carr is available for purchase through the publisher links here. 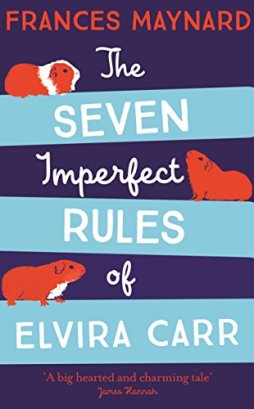 Funny, heart-warming and ultimately triumphant, The Seven Imperfect Rules of Elvira Carr is the perfect story for anyone who doesn’t quite fit in – and for everyone who chooses not to.

Elvira Carr is twenty-seven and neuro-atypical. Her father – who she suspects was in the secret service – has passed away and, after several Unfortunate Incidents growing up, she now spends most of her time at home with her overbearing mother. But when her mother has a stroke and is taken into care, Elvira is suddenly forced to look after herself or risk ending up in Sheltered Accommodation. Armed with her Seven Rules, which she puts together after online research, Elvira hopes to learn how to navigate a world that’s full of people she doesn’t understand. Not even the Seven Rules can help her, however, when she discovers that everything she thought she knew about her father was a lie, and is faced with solving a mystery she didn’t even know existed . . .

An Extract from The Seven Imperfect Rules of Elvira Carr

Preparation, Elvira, is the key

I was scrubbing potatoes when it happened.

Mother liked them with the skins left on, because of Vitamins, but I had to make sure any little marks or green bits were cut out. My feet were aching and I was just about to take off my slippers to rub them when there was a crash and a moan from the living room.

My heart thudded. I knew this kind of thing happened because I’d seen it on Casualty. Old people often collapsed and fell, but I’d never thought it would happen to Mother. I was surprised she’d allowed it to.

I wished she’d fallen in her Opera Class or her Bridge Afternoon, where there would be people who knew what to do. I went into the living room, my feet throbbing. She was lying on the floor beside her chair, trying to pull herself up.

‘Are you alright?’ I asked. I’d never been in this situation before so I didn’t know what else to say.

I twisted the hem of my apron – it was the one with Dog Breeds of the World on it – and looked at her.

Normally, whenever Mother saw me doing this she’d shout Apron! or Jumper! depending on what I was wearing, but this time she wasn’t looking at me. She wasn’t saying anything either, which was unusual. The noises she was making sounded like the monkeys in David

Attenborough’s Nature Documentary The Life of Mammals. They weren’t proper words, but groans with gasps in between.

I tried to pull her up. Mother was quite a thin person, not like me, but I couldn’t lift her. Her left hand was white as she hung on to the chair leg.

I was struggling to get my words out. ‘Have you . . . broken your hip, Mother?’ I asked. This was a common accident for old people. Older people. (No, just people, Mother would scowl. She said she was wrinkled before her time because of having to screw her face up into expressions clear enough for me to recognize.)

My heart was still thudding, and I couldn’t think straight because of the suddenness. Mother groaned again and I thought I heard a familiar word: useless.

‘Shall I call the Doctor, Mother? Um . . . or go next door and fetch Sylvia and Trevor? What should I do?’ Mother’s moaning got louder. She lifted her head slightly. Her hair hung over her face like the madwoman in a Classic Horror Film I’d watched with Father when she’d been Away. Her mouth was twisted. People who had strokes on TV fell and were paralyzed down one side, and their mouths were lopsided. ‘Have you had a stroke, Mother?’ I asked, bending down. She snorted. Call an ambulance, I thought. That’s what people did.

It came very quickly with two men – paramedics was the correct word – who looked young and strong. They moved around as if they were used to people having strokes and they made a lot of jokes. I knew they were jokes because the one making the joke looked at the other one and then they both laughed. I don’t like talk-ing to Strangers but I liked these ones coming. It made me feel safe. I think even Mother would have liked them

if she’d been feeling better. They carried her into the back of their ambulance: Light as a feather, you are, love. She clung to the sides of the stretcher and kept making the monkey noises even though no one could understand them.

‘Soon have you checked out, no worries,’ one said, and then, to me, ‘Are you coming with your mother, love?’

My face went hot when he called me love.

Coming with your mother?

I hardly ever went anywhere. Father was dead and Mother had sold his car. When I’d made trips on my own there had been Incidents. I occasionally went to places, places such as the Dentist, on the bus with Mother, but that was a palaver and made her knees hurt.

I would have enjoyed a trip out but I knew ambulances were only for sick people.

‘No, thank you.’ I stared at his ear. ‘I’m not ill. And I haven’t finished getting the lunch ready.’

They looked at each other. I screwed up a fold of my apron and held it tight. The apron ties cut into my waist. I could do with losing a few pounds. (A few stones, Mother used to say, looking at me and sniffing.) We ate a Healthy Diet, because Mother decided what we ate, but

I had an interest in biscuits. I did the shopping – I was used to our local branch of Asda and could manage going there on my own – so I bought them then, sometimes without Mother knowing. I liked trying out different brands and varieties and comparing them. It added another dimension to my life.

‘We’ll be off, then.’ The ambulance man was looking at me. ‘Sandhaven Hospital. Give us an hour or so before you ring.’

‘Why do you want me to ring you?’ I asked, chewing my lip.

‘Not us, love,’ he said, very slowly. People often talked slowly to me. Mother didn’t. She talked fast and loudly and didn’t leave room for replying. ‘Ring the hospital to find out how your mum is. Alright?’

‘I’m alright, thank you.’ I wasn’t ill but my feet ached and my heart was still pounding and there was a new hollowness inside me that was like the feeling I got when I looked down from the top of the escalator in the Shopping Centre.

Frances teaches English part-time to adults with learning difficulties, including Asperger’s. She is married with one grown-up daughter and lives in Dorset. 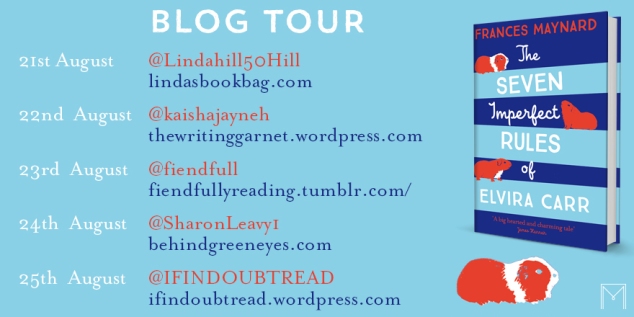