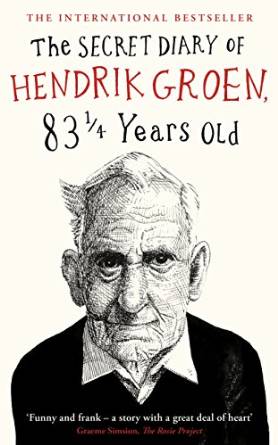 Hendrik Groen may be old, but he is far from dead and isn’t planning to be buried any time soon. Granted, his daily strolls are getting shorter because his legs are no longer willing and he had to visit his doctor more than he’d like. Technically speaking he is … elderly. But surely there is more to life at his age than weak tea and potted geraniums?
Hendrik sets out to write an exposé: a year in the life of his care home in Amsterdam, revealing all its ups and downs – not least his new endeavour the anarchic Old-But-Not Dead Club. And when Eefje moves in – the woman Hendrik has always longed for – he polishes his shoes (and his teeth), grooms what’s left of his hair and attempts to make something of the life he has left, with hilarious, tender and devastating consequences.
The indomitable Hendrik Groen – Holland’s unlikeliest hero – has become a cultural phenomenon in his native Netherlands and now he and his famously anonymous creator are conquering the globe. A major Dutch bestseller, The Secret Diary of Hendrik Groen will not only delight older readers with its wit and relevance, but will charm and inspire those who have years to go before their own expiry date.

My Review of The Secret Diary of Hendrik Groen

83 3/4 year old Hendrik Groen lives in a home for the elderly and pretty much hates it, but the formation of the Old-But-Not-Dead Club gives him cause for optimism.

Initially I was unenthusiastic about this book, thinking it has all been done before in various formats, but within a few pages I was laughing aloud so frequently as Hendrik describes the other residents, or voices his opinion, that I was completely under his spell. I don’t often laugh aloud when reading but I laughed frequently at this book, even on a couple of occasions until I cried. His comments about what he’d do if clowns were sent in to brighten up the home’s residents being one such example – but you’ll have to read the book to find out.

We all have to age and The Secret Diary of Hendrik Groen, 83 1/4 Years Old presents a no-holds barred picture of that process in all its ignominious glory, from personal hygiene to love and relationships.  The wry first person diary hits just the right level of conversational tone, sarcasm, fear and honesty so that it is impossible not to empathise with Hendrik. I think credit must be given to the translator Hester Velmans in conveying the original text so brilliantly. Whilst this is a diary, there are also coherent narrative strands such as the formation of the The Old-But-Not-Dead Club, Hendrik’s relationship with his best friend Evert and with newcomer Eefje, giving a pleasing hook that meant I had to read just one more entry. Then another. And another.

Aside from the humour there are references to real (Dutch) national and international events and places that afford a credible realism to the book. The death of Margaret Thatcher, the Tour de France and even a reference to Djimba (which I looked up and actually exists as a home for elderly dogs – see the website here) for example, all added depth and interest.

But what made this such a good read for me most was that, underneath the humour, underneath the flippancy and the true life events are themes that touch us all. How do we care for our elderly in homes and hospitals? What does happen when dementia sets in? How do we maintain a quality of interesting lifestyle, and indeed interest in life, as we age. The character of Mrs Stewagen with her punitive regulations may be scarily realistic.

The Secret Diary of Hendrik Groen, 83 1/4 Years Old is funny, entertaining and simultaneously moving. At its heart, Hendrik is a character readers can’t fail to love and I am not surprised this book is an enormous success already in Holland. I thoroughly enjoyed it.