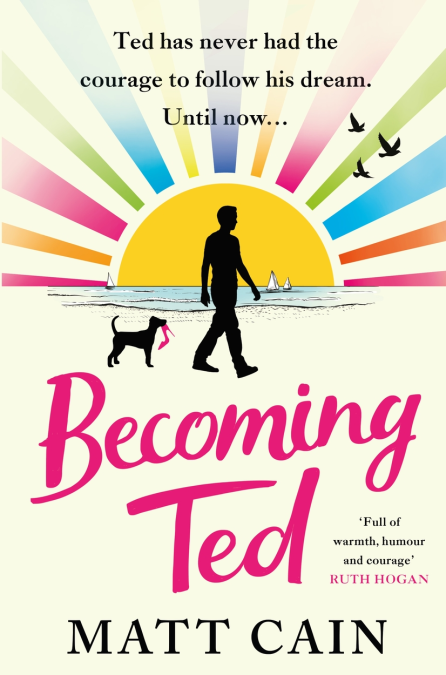 I’m delighted to share details of another of my My Weekly online reviews and this time it’s of Becoming Ted by Matt Cain.

Published by Headline Review on 19th January 2023, Becoming Ted is available for purchase through the links here.

A charming, joyful and surprising story about love, friendship and learning to be true to yourself, Becoming Ted will steal your heart.

Ted Ainsworth has always worked at his family’s ice-cream business in the quiet Lancashire town of St Luke’s-on-Sea.

But the truth is, he’s never wanted to work for the family firm – he doesn’t even like ice-cream, though he’s never told his parents that. When Ted’s husband suddenly leaves him, the bottom falls out of his world.

But what if this could be an opportunity to put what he wants first? This could be the chance to finally follow his secret dream: something Ted has never told anyone …

My Review of Becoming Ted

My full review of Becoming Ted can be found online on the My Weekly website here.

However, here I can say that Becoming Ted is a tenderly written insight into who we are and how we get to be the people we become.

Do visit My Weekly to read my full review here.

Matt Cain is an author, a leading commentator on LGBT+ issues, and a former journalist. He is currently a presenter for Virgin Radio Pride UK, was Channel 4’s first Culture Editor, Editor-In-Chief of Attitude magazine, and has judged the Costa Prize, the Polari Prize and the South Bank Sky Arts Awards. He won Diversity in Media’s Journalist Of the Year award in 2017 and is an ambassador for Manchester Pride and the Albert Kennedy Trust, plus a patron of LGBT+ History Month. Born in Bury and brought up in Bolton, he now lives in London.