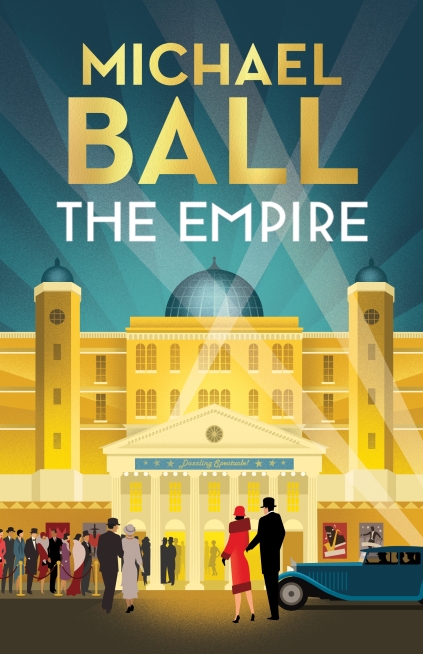 It’s an absolute pleasure to be involved in the launch celebrations for The Empire by Michael Ball and I would like to thank Rachel of Rachel’s Random Resources for inviting me to be part of the blog tour. I’m delighted to be able to share my review of The Empire today.

The Empire was published by Zaffre on 13th October 2022 and is available for purchase through the links here. 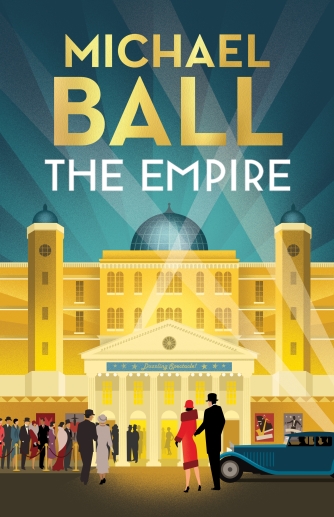 Welcome to The Empire theatre

1922. When Jack Treadwell arrives at The Empire, in the middle of a rehearsal, he is instantly mesmerised. But amid the glitz and glamour, he soon learns that the true magic of the theatre lies in its cast of characters – both on stage and behind the scenes.

There’s stunning starlet Stella Stanmore and Hollywood heartthrob Lancelot Drake; and Ruby Rowntree, who keeps the music playing, while Lady Lillian Lassiter, theatre owner and former showgirl, is determined to take on a bigger role. And then there’s cool, competent Grace Hawkins, without whom the show would never go on . . . could she be the leading lady Jack is looking for?

When long-held rivalries threaten The Empire’s future, tensions rise along with the curtain. There is treachery at the heart of the company and a shocking secret waiting in the wings. Can Jack discover the truth before it’s too late, and the theatre he loves goes dark?

My Review of The Empire

Jack is finally back in England.

I’m always somewhat sceptical when celebrities write a book, but The Empire is an absolute delight, resonant with all the front of house glamour and backstage shenanigans that only someone like Michael Ball, with his first hand knowledge of musical theatre, could produce with such attention to detail and authenticity. It’s absolutely steeped in colourful characters, Machiavellian plots and a fast-paced, hugely entertaining story that I simply devoured. I loved the authorial style too because there’s a vivid appeal to the senses that brought settings alive.

Initially when I saw the cast list at the start of the book, (albeit perfectly in tune with any theatre programme) my heart sank. I thought I’d never keep all the individuals clear in my head, but I was completely wrong. Michael Ball has created a distinct set of people that are memorable and believable with personalities that leap from the page. I was immediately in love with Jack, but particularly enjoyed the gradual uncovering of Lady Lillian Lassiter’s character as, through her, Michael Ball illustrates love, ambition, history and the ways in which our past shapes our lives. Between the pages of The Empire are heroes and charlatans, rich and poor, liars and cheats, stoics and the brave, those with courage in all kinds of forms as well as cowards and bullies, all rubbing along with the contemptible and the admirable in equal measure. I just loved how all the people are connected in a kind of kaleidoscopic dance worthy of any theatrical finale, making for an enthralling read.

I thought the plot was excellent. It has pace and dynamism with some unforeseen surprises along the way that are completely enthralling. I’m desperately hoping for more narratives involving some of the key players in future books because they have taken on a vivid reality in my mind through reading The Empire. Indeed, The Empire is such an inspired title. It’s a physical theatre, but so much more, with criminal empires, family empires and enough historical reference to engender an unsettled time of Empire for the country when social norms were being challenged and tested. I thoroughly enjoyed the exploration of identity, of our place in society, of team work and of honour that pervade what is a smashing narrative and which add depth and interest.

The Empire is sumptuous, warm and witty with just the right balance of light and shade. Its division into acts is pitch perfect for the subject matter and it would make a fabulous theatre or television production too. The Empire felt joyous to read, surprisingly emotional and exciting, and I absolutely loved it.

Michael Ball OBE is a singer, actor, presenter and now author. He’s been a star of musical theatre for over three decades, winning the Laurence Olivier Award for Best Actor in a Musical twice, he’s also won two BRIT awards and been nominated for a Grammy. Michael regularly sells out both his solo tours and his Ball &Boe shows with Alfie Boe and has multiple platinum albums. The Empire is his first novel.

6 thoughts on “The Empire by Michael Ball”