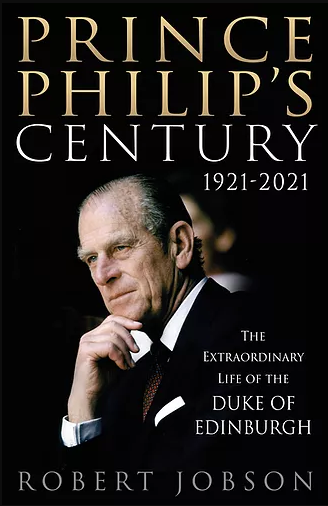 My enormous thanks to Mel Sambells of Ad Lib Publishers for sending me a copy of Prince Philip’s Century 2019 – 2021 by Robert Jobson in return for an honest review.

For decades Prince Philip shared the Queen’s burden of office without upstaging her, always privately providing reassurance and advice but never overstepping the boundaries of his supporting role. It was an unforgiving position – a challenge for anyone – but one that he met head on. He remained the Queen’s adviser and closest confidant and was known as such the world over. That said, he was wise enough to recognise his limitations and the constraints of his role. He always seemed to instinctively know when it was time to step back and let his wife take the lead. His job was, after all, to allow her star to shine.

Robert Jobson’s magnificent biography of the Duke of Edinburgh tells the full story of his remarkable life and achievements, and how, after his marriage in 1947 to Princess Elizabeth, this dedicated military man spent so much of his life dutifully supporting his wife. Though he created a role for himself as a determined moderniser and environmental campaigner, and through the Duke of Edinburgh Awards, encouraged young people to reach their potential, it was perhaps his greatest achievement to have been a loyal husband and companion, and a loving father and grandfather.

A famous life over a century.

I confess I’m not usually a reader of biography and have only a moderate interest in the royal family, but I found Prince Philip’s Century not only a fascinating insight into the life of Prince Philip, but a revealing, sensitive and simultaneously honest observation of history and society too over the past century, so that I thoroughly enjoyed reading it. There were aspects of history I remember well such as Michael Fagan’s intrusion to the Queen’s bedroom and Princess Diana’s death, but also may aspects of Prince Philip’s life about which I was totally ignorant. As a result I feel I know the man better but also understand the world we live in now, and how we have come to this point in history, more clearly. I have no idea if that was the intention of Robert Jobson, but I thought it was a wonderful effect.

Robert Jobson not only has meticulously researched his subject, but obviously has first hand experience of, and with, Prince Philip so that elements such as overheard conversations bring a lightness of touch that make for an interesting approach. Certainly there are footnotes for further reference and a middle section of photographs depicting Prince Philip from age 5 to 99 as one might expect in a biography such as Prince Philip’s Century, but alongside the weighty historical detail, there’s a real sense of a person – of a real life. Robert Jobson is unafraid to present the Prince at his most insulting and curmudgeonly as well as his most urbane and charming so that the whole book feels well balanced and nuanced and all the more fitting a tribute to a man who, for all his faults, lived his life supporting his wife and Queen. Indeed, I found the book quite an emotional read at times and have finished it with an increased admiration for a man whom I’d little considered before.

Measured, meticulously researched and authoritative, Prince Philip’s Century is essential reading for those interested in the monarchy and is hugely interesting for those of us who are more interested in social history than in individuals. I thought it was engaging, enlightening and entertaining, and having read this book I think my new mantra will be ‘Just get on with it’! 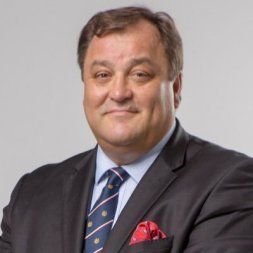 Robert Jobson is one of Britain’s leading royal commentators, dubbed the ‘Godfather’ of royal reporting by the Wall Street Journal. He is Royal Editor of the Evening Standard and regularly appears on television as a royal expert. A best-selling author and award-winning correspondent, he has been at the forefront of royal reporting for a quarter of a century.