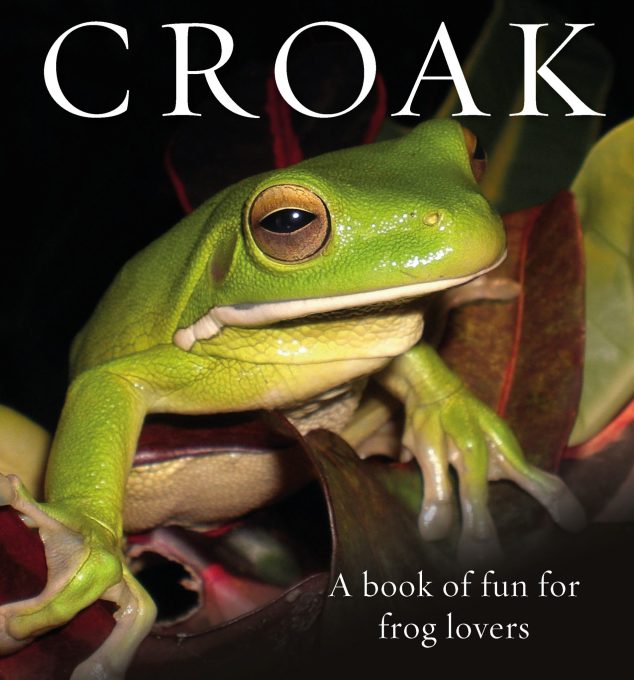 My grateful thanks to Kirsten at Exisle Publishing for sending me a copy of Croak compiled by Professor Phil Bishop in return for an honest review. Ironically, I had just been tweeting about how we had just counted 25 frogs visible in our 1m triangular pond when the book arrived so I dived straight in. I’m delighted to share my review today.

Published by Exisle on 15th June 2021, Croak is available for purchase here. 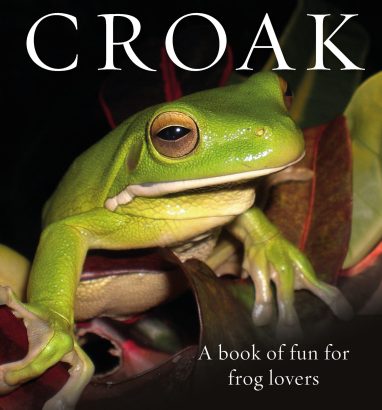 Croak is a collection of delightful quotes and gorgeous photographs celebrating the underappreciated beauty of frogs. Many of the stunning, colourful images were taken by author Phil Bishop on his travels around the world. They showcase frogs in their natural habitats, paired with quotes from famous faces such as Cameron Diaz and John Steinbeck. Simultaneously amusing and illuminating, this perfect coffee table book is a celebration of one of the most varied and vibrant species on earth.

My Review of Croak

A collection of photographs and quotations.

Croak is glorious! I loved it. Firstly it is the perfect coffee table book being a relatively compact size, with an extremely high quality, vivid hard backed cover and with natural orange end papers that are reminiscent of autumnal colours. Each double page spread includes a fantastic frog photograph of the quality on the cover, alongside quotations from all manner of people. These quotations are presented on pages edged by or fully coloured like parchment so that Croak has a luxurious and timeless appeal.

At the end of the book are the species names and locations of the creatures featured with the photographer credited and some useful web site addresses for those who’d like to find out more making Croak educational.

The quotations are brilliant. They include pithy comments from writers such as Shakespeare, Voltaire and Mark Twain through actors and celebrities like Stephen Fry, Daryl Hannah and Robin Williams to renowned conservationists. What other book provides you with a frog themed joke from Tommy Cooper immediately followed by a quotation from Goethe? The quotations made me smile, gave me pause for thought and had me nodding in agreement.

Croak is a wonderful book for frog lovers, for those interested in conservation and for those looking for inspiration too. It would make a fabulous gift and I thought it was excellent. 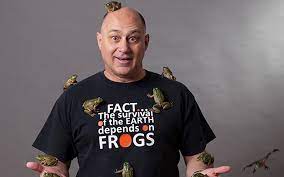 Phil Bishop was born and brought up in Devon, UK, where his keen interest in amphibians began. What followed was a lifetime of achievements in conservation and in highlighting the ground-breaking importance of the humble frog.

Searching for more species of amphibian, Phil travelled the world to places including South Africa, where he discovered and named a new species of frog, Arthroleptella ngongoniensis. Phil’s extensive experience in the study of frogs inspired him to compile the collection of frog-related quotes that is Croak.

Phil was a Professor of Zoology at the University of Otago, the Co-Chair of the IUCN Species Survival Commission Amphibian Specialist Group, and the Chief Scientist of the Amphibian Survival Alliance. In these positions, he helped to coordinate international amphibian conservation in response to the global Amphibian Conservation Action Plan. His team of students and post-docs (and often sabbatical visitors) mainly concentrated on the conservation of New Zealand frogs as they are some of the least well known frogs in the World, even within New Zealand. His lab group worked on improving methods for frog translocations, discovering new and interesting aspects of basic frog biology, amphibian diseases, monitoring endangered frog populations, and improving environmental education.

Phil has been widely published, with three previous books about frogs, several book chapters, and over 100 ground-breaking scientific papers. He was an editor of FrogLog, the world’s most popular online amphibian conservation magazine. Phil won many awards for his teaching and conservation efforts, including the University of Otago Lifetime Achievement Award 2018 and the National Conservationist of the Year Award 2018 by Auckland Zoological Park Recognising Excellence.

Phil’s passing early in 2021 is a loss keenly felt by the international scientific community. This book now serves as a tribute to a life spent at the forefront of conservation as he sought to deepen our understanding of these vitally important creatures.