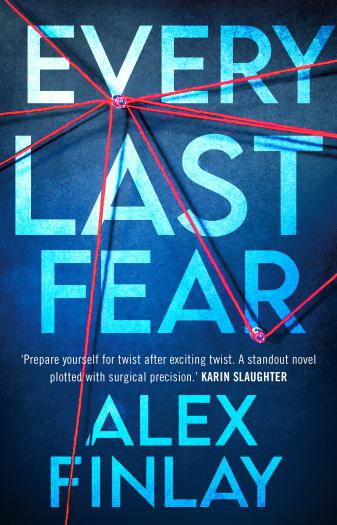 I’m beside myself with disappointment today because I simply couldn’t fit in reading Every Last Fear by Alex Finlay in time for the blog tour that is currently running. The paperback of Every Last Fear will be out in September so hopefully I can read it then! However, I do have a wonderful hard backed copy of Every Last Fear to give away to a lucky UK reader today and I’m delighted to be staying in with Alex to find out more about the book. My enormous thanks to Lauren Tavella at Head of Zeus for putting us in touch with one another.

Staying in with Alex Finlay

Welcome to Linda’s Book Bag Alex  and thank you for agreeing to stay in with me.

I’ve brought Every Last Fear, which just released, and I’m excited to share with UK readers.

From what I hear, we readers are very excited to read it! What can we expect from an evening with Every Last Fear?

I hope you can expect twists and turns and, if I did my job right, maybe even a tear, as you trace the fate of the Pine family.  It’s the story of a family made infamous by a true crime documentary who are found dead while on holiday, leaving their surviving son to uncover the truth about their final days.

I’ve brought the poster for the fictitious documentary featured in the novel.

And I’ve also included a photo of a friendly guy who we met wandering in and out of shops in Tulum, Mexico, a place featured in the opening of the novel.  “Smiley” makes an appearance in the story.

Smiley is most welcome Alex. Thanks so much for introducing Every Last Fear. Let me give Linda’s Book Bag readers a few more details.

Keep your family close, because your enemies are closer.

University student Matt Pine has just received devastating news. Nearly his entire family have been found dead while holidaying in Mexico. The local police claim it was an accident, but the FBI aren’t convinced – and they won’t tell Matt why.

The tragedy thrusts his family into the media spotlight again. Seven years ago, Matt’s older brother, Danny, was sentenced to life in prison for murdering his teenage girlfriend. Danny has always sworn he was innocent, and last year, a true crime documentary that claimed he was wrongfully convicted went viral.

Now his family’s murder is overlapping with Danny’s case, Matt is determined to uncover the truth behind the crime that sent his brother to prison. Even if it means putting his own life in danger, and confronting his every last fear.

Published by Head of Zeus imprint Aria on 2nd March, Every Last Fear is available for purchase through the links here. 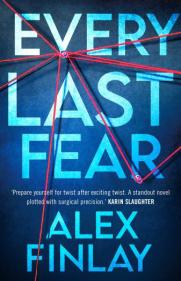 For your chance to win a hardbacked copy of Alex Finlay’s Every Last Fear, click here. Giveaway open to UK readers only. The prize will be sent directly from the publisher and your details will not be retained beyond the closing date. The giveaway ends at UK midnight on Sunday 21st March 2021.

Alex Finlay is the pseudonym of an author who lives in Washington, D.C.  Born in the American South, Alex spent years traversing the globe, from a tropical island in the Pacific to a small village in the UK to a remote region in the Far East.  But it was on a trip to beautiful Tulum, Mexico where he was inspired to write Every Last Fear.  The novel is an Amazon Editors’ Pick, an Indie Next pick, a LibraryReads selection, as well as a Newsweek, Goodreads, BuzzFeed, BookBub, and PopSugar, most anticipated book of the year.

10 thoughts on “Giveaway and Discussion: Every Last Fear by Alex Finlay”