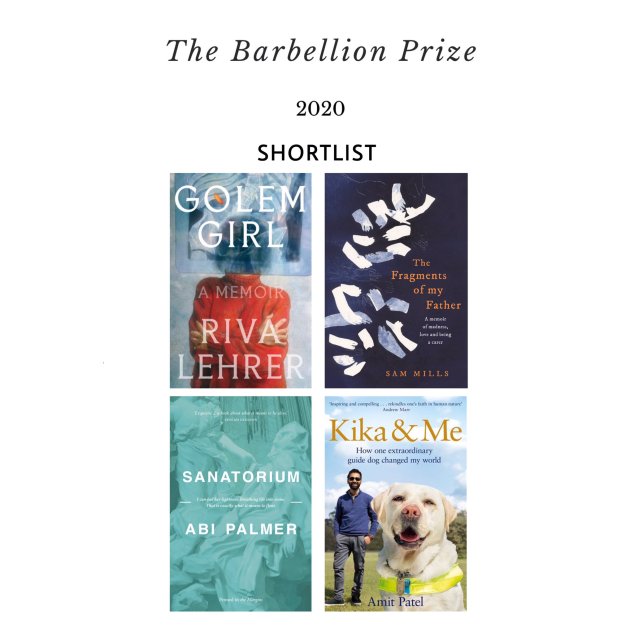 The full longlist of books for this years’ prize can be found here, but I would like to share the shortlist with you. The prize will be awarded tomorrow, Friday 12th February 2021, and I can’t wait to read all four books. My thanks to the organisers of The Barbellion Prize and to the publishers who have sent me copies of the books. 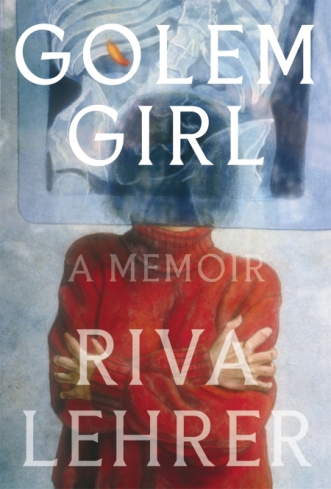 The vividly told, gloriously illustrated memoir of an artist born with disabilities who searches for freedom and connection in a society afraid of strange bodies.

In 1958, amongst the children born with spina bifida is Riva Lehrer. At the time, most such children are not expected to survive. Her parents and doctors are determined to ‘fix’ her, sending the message over and over again that she is broken. That she will never have a job, a romantic relationship, or an independent life. Enduring countless medical interventions, Riva tries her best to be a good girl and a good patient in the quest to be cured.

Everything changes when, as an adult, Riva is invited to join a group of artists, writers, and performers who are building Disability Culture. Their work is daring, edgy, funny, and dark-it rejects tropes that define disabled people as pathetic, frightening, or worthless. They insist that disability is an opportunity for creativity and resistance. Emboldened, Riva asks if she can paint their portraits-inventing an intimate and collaborative process that will transform the way she sees herself, others, and the world. Each portrait story begins to transform the myths she’s been told her whole life about her body, her sexuality, and other measures of normal.

Written with the vivid, cinematic prose of a visual artist, and the love and playfulness that defines all of Riva’s work, Golem Girl is an extraordinary story of tenacity and creativity. With the author’s magnificent portraits featured throughout, this memoir invites us to stretch ourselves toward a world where bodies flow between all possible forms of what it is to be human.

‘Riva Lehrer is a great artist and a great storyteller. This is a brilliant book, full of strangeness, beauty, and wonder‘ AUDREY NIFFENEGGER

Published by Virago Golam Girl is available for purchase here.

The Fragments of My Father by Sam Mills

A NEW STATESMAN BOOK OF THE YEAR

In the vein of the Costa-winning Dadland, with the biographical elements of H is for Hawk, The Fragments of my Father is a powerful and poignant memoir about parents and children, freedom and responsibility, madness and creativity and what it means to be a carer.

SHORTLISTED FOR THE BARBELLION PRIZE

My life had been suspended, as though I had inhaled and was still waiting to let out that gasp of breath. I set aside my dreams for a future time when life might be normal again. But that night, on my mother’s birthday, as I sat and watched the sky turn from blue to black, I wondered for the first time if it ever would …

There were holes in Sam Mills’s life when she was growing up – times when her dad was just absent, for reasons she didn’t understand. As she grew older, she began to make up stories about the periods when he wasn’t around: that he’d been abducted, spirited away and held captive by a mysterious tribe who lived at the bottom of the garden. The truth – that he suffers from a rare form of paranoid schizophrenia, and was hospitalised intermittently – slowly came into focus, and that focus became pin-sharp in 2012, when Sam’s mother died and Sam was left as his primary carer.

In this powerful, poignant memoir Sam triangulates her own experience with the stories of two other carers, one she admires and one, on some days, she fears she might become: Leonard Woolf, husband to Virginia and F Scott Fitzgerald, husband to Zelda, and a man whose personality made him ill-equipped – in a great many ways – to be a carer for his troubled wife.

A mesmerising blend of literary biography and memoir The Fragments of My Father is a compelling and moving account of what it means to be a carer.

Published by 4th Estate, The Fragments of My Father is available for purchase here. 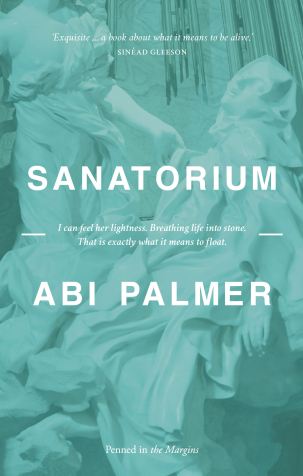 A young woman spends a month taking the waters at a thermal water-based rehabilitation facility in Budapest. On her return to London, she attempts to continue her recovery using an £80 inflatable blue bathtub. The tub becomes a metaphor for the intrusion of disability; a trip hazard in the middle of an unsuitable room, slowly deflating and in constant danger of falling apart. Sanatorium moves through contrasting spaces bathtub to thermal pool, land to water, day to night interlacing memoir, poetry and meditations on the body to create a mesmerising, mercurial debut.

‘There is a dreamlike quality to Abi Palmer’s exquisite Sanatorium. In lucid, gorgeous prose, she tells the story of a body, of illness and of navigating the complicated wellness industry, but ultimately this is a book about what it means to be alive. A striking, experimental debut that will stay with me.’ Sinéad Gleeson

Published by Penned in the Margins, Sanatorium is available for purchase here.

Kika and Me by Amit Patel

Amit Patel is working as a trauma doctor when a rare condition causes him to lose his sight within thirty-six hours. Totally dependent on others and terrified of stepping outside with a white cane after he’s assaulted, he hits rock bottom. He refuses to leave home on his own for three months. With the support of his wife Seema he slowly adapts to his new situation, but how could life ever be the way it was? Then his guide dog Kika comes along…

But Kika’s stubbornness almost puts her guide dog training in jeopardy – could her quirky personality be a perfect match for someone? Meanwhile Amit has reservations – can he trust a dog with his safety? Paired together in 2015, they start on a journey, learning to trust each other before taking to the streets of London and beyond. The partnership not only gives Amit a renewed lease of life but a new best friend. Then, after a video of an irate commuter rudely asking Amit to step aside on an escalator goes viral, he sets out with Kika by his side to spread a message of positivity and inclusivity, showing that nothing will hold them back.

From the challenges of travelling when blind to becoming a parent for the first time, Kika & Me is the moving, heart-warming and inspirational story of Amit’s sight-loss journey and how one guide dog changed his world.

Published by Pan Macmillan, Kika and Me is available for purchase here.

I have a feeling that I’m going to fine each of these books totally fascinating and would like to wish all four authors all the very best for tomorrow. I think they all deserve to win The Barbellion Prize.