Earlier this week postie arrived with a very special packet – the first monthly posting from Capital Crime’s Book Club. I previously told you about this fantastic new initiative from Adam Hamdy and David Headley in a post you can read here. Now that the book club is up and running, you’ll find FAQs answered here, but one of the most brilliant aspects is the premise that subscribers will receive two carefully chosen books (postage free) once a month with prices starting from £10 a month – the cost of a couple of coffees in many places. 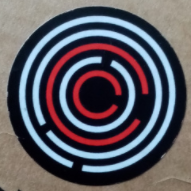 My parcel arrived bearing a very familiar logo and immediately I knew I was in for a treat. Opening up this first month’s book club I was thrilled to find a hardback signed copy of Richard Osman’s The Thursday Murder Club with a paperback of Mark Edwards’ The House Guest coupled with a fabulous branded The House Guest pen – one of those with a torch and screen nib included.

With the hardback RRP for The Thursday Murder Club at £14.99 and the paperback The House Guest at £8.99 I think you can see that paying £10 a month for a 12 month subscription to have two books delivered straight to your home is a real bargain! Three and six month subscriptions are also available.

Let me tell you a bit about this month’s books:

In a peaceful retirement village, four unlikely friends meet up once a week to investigate unsolved murders.

But when a brutal killing takes place on their very doorstep, the Thursday Murder Club find themselves in the middle of their first live case.

Elizabeth, Joyce, Ibrahim and Ron might be pushing eighty but they still have a few tricks up their sleeves.

Can our unorthodox but brilliant gang catch the killer before it’s too late?

You can read my review of The Thursday Murder Club here.

When British twenty-somethings Ruth and Adam are offered the chance to spend the summer housesitting in New York, they can’t say no. Young, in love and on the cusp of professional success, they feel as if luck is finally on their side.

So the moment that Eden turns up on the doorstep, drenched from a summer storm, it seems only right to share a bit of that good fortune. Beautiful and charismatic, Eden claims to be a friend of the homeowners, who told her she could stay whenever she was in New York.

They know you’re not supposed to talk to strangers—let alone invite them into your home—but after all, Eden’s only a stranger until they get to know her.

As suspicions creep in that Eden may not be who she claims to be, they begin to wonder if they’ve made a terrible mistake…

Now, don’t you think that’s an absolute treat for a tenner?

You can sign up to the Capital Crime Book Club here. What are you waiting for?