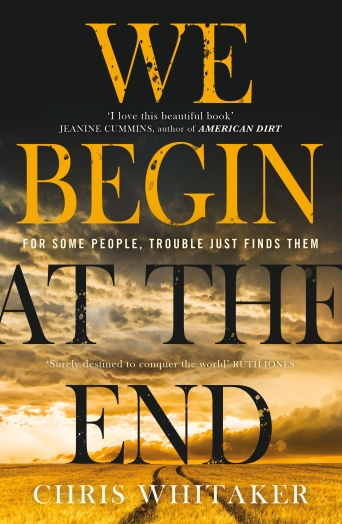 I have been desperately awaiting a new book from Chris Whitaker for far too long and am thrilled to be part of the launch celebrations of his latest novel We Begin At The End. My enormous thanks to Zaffre books for sending me a copy of We Begin At The End and to Tracy Fenton for inviting me to participate in this blog tour.

We Begin At The End was published by Zaffre on 2nd April 2020 and is available for purchase here.

We Begin At The End 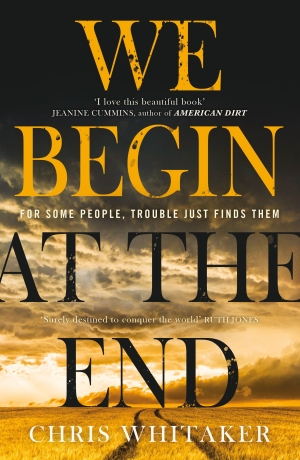 Now, he’s been released from prison and is back in his hometown of Cape Haven, California. Not everyone is pleased to see him. Like Star Radley, his ex-girlfriend, and sister of the girl he killed.

Duchess Radley, Star’s thirteen-year-old daughter, is part-carer, part-protector to her younger brother, Robin – and to her deeply troubled mother. But in trying to protect Star, Duchess inadvertently sets off a chain of events that will have tragic consequences not only for her family, but also the whole town.

How far can we run from the past when the past seems doomed to repeat itself?

My Review of We Begin At The End

It’s no secret that I adore Chris Whitaker’s writing and will come as no surprise that I had probably unreasonably high expectations of We Begin At The End. Chris Whitaker has surpassed every one of those expectations, leaving me reeling and emotionally broken. At one point in my reading of We Begin At The End I genuinely had to pause because the tension was so great I was holding my breath and in danger of forgetting to exhale ever again. It felt akin to immersing myself in a modern day Steinbeck with the insight into human nature of Shakespeare. We Begin At The End is, quite simply, stunning.

Certainly, We Begin At The End is a flawlessly plotted crime thriller, with twists and turns that entertain and surprise, in a fast paced and totally absorbing fashion. I loved the attention to detail Chris Whitaker provides, making the landscape and setting just as much part of the story as the action. There’s a wonderful balance between the claustrophobic Cape Haven and the wider skies of Montana that is so satisfying, transporting the reader completely. It’s not possible to say too much about the plot without spoilers but I can’t remember the last time I finished a book and simply wanted to read it again immediately because I couldn’t quite believe how brilliant it was.

However, We Begin At The End is so much more than one of the best thrillers I’ve read. I’m struggling to find vocabulary that expresses just how emotional it is to read We Begin At The End and how sublimely beautiful the prose is. Frequently, pared down sentences convey such depth of exquisite meaning that is almost physically painful to read, especially with regard to Duchess. It’s no exaggeration to say that I think she might be the most affecting character I’ve ever encountered. Her relationships with the other people are so tenderly drawn and so desperately sad that I wasn’t sure I’d be able to contain myself. My heart broke for her and I lost count of the times I wept for her too.

Indeed all the characters, regardless of their actions, are depicted as real, flawed and totally believable. What Chris Whitaker manages to achieve is such a blurring of good and evil, of right and wrong, in the people of Cape Haven that I felt a tangible and palpable connection to every one of them. Walk in particular engendered such a range of responses in me as a reader from frustration and despair to admiration and pity that I felt I was no longer in control of my own reactions.

I’ve come to the conclusion that I am unable to do justice to We Begin At The End because there isn’t a superfluous character, moment or word that mars a totally fantastic narrative. It is an absolutely outstanding masterclass in perfect writing and I adored it. I’ve said elsewhere that I think Chris Whitaker’s writing touches a reader’s soul and in We Begin At The End he doesn’t merely touch that soul. He captures it entirely and doesn’t let go. 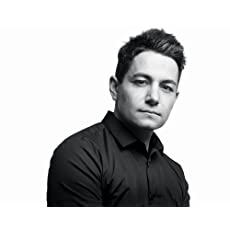 Chris’s second novel, All The Wicked Girls, was published in August 2017. He lives in Hertfordshire with his wife and two young sons. 18 thoughts on “We Begin At The End by Chris Whitaker”