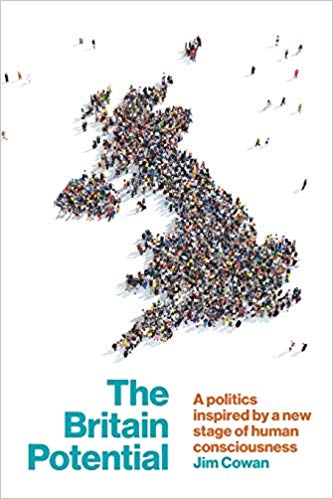 As an ex-teacher in the secondary sector, I’ve long been fascinated by the potential individuals have because so many of the youngsters I taught excelled beyond my expectations, but have never really given much thought to the nation as a whole. When Publishing Push got in touch about The Britain Potential I was intrigued. I’d like to thank author Jim Cowen for sending me a copy of The Britain Potential in return for an honest review.

The Britain Potential is available for purchase here.

Reading this is going to change how you see Britain, especially its politics. The way we are used to hearing about Britain’s politics is through the filter of our media. This book, however, delves below the surface to the underlying realities and from there a very different politics emerges. This is a politics which starts and ends with people realising their potential.

From Britain’s shifting political centre of gravity The Britain Potential pieces together a politics that is neither left nor right, is not of division and polarisation but is about integration, balance, and unity. It offers an entirely fresh, genuinely humanistic vision grounded in actual developments both historical and contemporary. This is a politics viewed as something at work in daily life which is not being reported in the media and that no political party has yet spelt out.

Told through stories, The Britain Potential helps readers take the pulse of the country and understand for themselves what `remedies` will be effective. It offers ways forward, and hope, for people newly interested in politics, the politically homeless, people dissatisfied with life in Britain, leaders and activists of all kinds, public servants, business people, and people in communities. People around the world, who look to Britain, should find much of interest.

Britain has enormous potential, but is it realising it? For too many the answer is no. This is a book about what it takes to realise that potential, as individuals, families, communities, organisations and as a country. The Britain Potential is in our hands.

My Review of The Britain Potential

There’s more potential in the nation than we might think!

I’m going to say at the outset that I did not find The Britain Potential an easy read; it took me considerable time to finish the book and frequently I had to reread sections to be sure I had understood fully. That comment, however, is by no means a criticism. Jim Cowen has written an intense, well researched and frequently personal exploration of what it mans to fulfil potential at both individual and collective levels so that The Britain Potential deserves sustained reading and consideration.

I don’t think The Britain Potential could be more timely. Jim Cowen considers the generally held perspective that Britain is a torn and broken society for which there is no remedy and proves that, on the contrary, Britain has the potential to be a socially balanced and thriving place. I liked the inclusion of detail relating to other countries too so that The Britain Potential didn’t feel insular and self-righteous.

Jim Cowen’s writing is filled with empirical statistics and notes that lend a gravitas to his claims that I found interesting, but for me it was the more human examples that held the most fascination. Jim Cowen is unafraid to use his own personal experiences as well as often moving examples from others’ lives, to exemplify his theories, so that there is an individual human perspective as well as a national one to consider. I very much appreciated the exploration of the practical, such as the cost of reeducating sex offenders versus their re-offending for example, against the more humanistic approaches and support for the arts where outcomes are not always quantifiable.

The Britain Potential is sometimes a challenging read as it makes the reader reassess their own perspectives and approaches. It’s certainly thought-provoking and enormously interesting. I’m not sure I fully grasped every concept, or indeed, agreed with every one either. However, having pondered Jim Cowen’s The Britain Potential quite thoroughly, I think, on balance, I’m going to aim for more ‘teal’ in my life, but you’ll have to read the book to find out why! 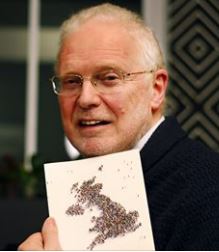 Jim Cowan has focused on political and social change in Britain for over 40 years, working in many different roles of community development, from the early 70s until 2012.

Between 1968 and 2005 Jim acquired five social science degrees, including a PhD.

He was also an honorary visiting research fellow for 10 years up until 2016.

Jim has practised a socially engaged form of Buddhism for over 40 years which has enabled him to develop his consciousness more fully and realise more of his potential.

2 thoughts on “The Britain Potential by Jim Cowan”