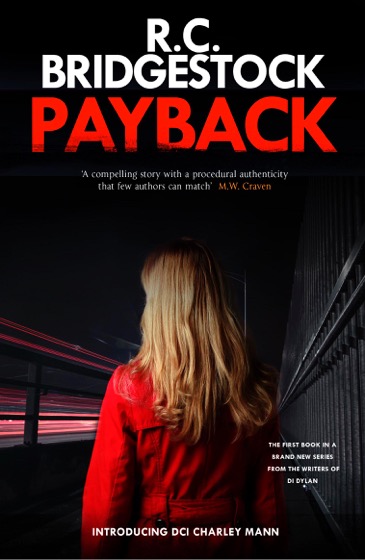 It gives me enormous pleasure to participate in the blog tour for R.C. Bridgestock’s Payback today. It’s three and a half years since I reviewed here When The Killing Starts, having ‘met’ this husband and wife writing duo vicariously online. Since then I have reviewed Poetic Justice here but even better, I had the opportunity to meet Bob and Carol in person at Capital Crime last September.

I’d like to thank Emily Glenister at The Dome Press for inviting me to participate in the Payback blog tour.

Payback is available for purchase here.

Charley Mann left Yorkshire for the Met and a fast-track career – but now she’s back, she’s in charge and the area’s first young, female DI.

Her hometown, the Yorkshire countryside, and her old friends all seem unchanged but appearances can be deceptive.

When a brutal murder is discovered, Charley is forced to question everything, and the interest of her ex – reporter Danny Ray – doesn’t make it easier.

My Review of Payback

Back on home turf, DI Charley Mann’s first day is off to a dramatic start.

I thoroughly enjoyed Payback as it is a carefully crafted and meticulously plotted crime thriller. I think it’s the attention to detail from authors who know police procedures so intimately that makes Payback so intriguing. I felt I learned a great deal at the same time as being hugely entertained.

The way Charley Mann’s character is gradually revealed throughout Payback is masterful, particularly when it comes to her back story which is drip fed tantalisingly throughout and creates super potential for future stories. Charley is the perfect blend of newness and experience, strength and vulnerability that makes her fascinating. I found her entirely real and vivid. She also has a reckless streak that adds an extra frisson of tension to the narrative. I thoroughly enjoyed meeting other members of her team too so that I feel I have come to know an entirely new set of people.

It is no surprise that the authors have been involved in television drama series in the past, as the descriptions and sense of place are captivating and enormously visual in Payback. I was able to envisage the settings perfectly as all my senses were catered for. I enjoyed the local folklore element that is included because it gave texture to the setting. I also found the naturalistic dialogue and dialect thoroughly enhanced my reading experience.

There’s a cracking plot to enjoy in Payback. I really appreciated the balance between procedural information and pacy events so that I was never quite sure what might happen next. I was desperate for Charley and her team to solve the case and whilst Payback is concluded in a very satisfying way, I am intrigued to see what the next case will be.

The themes of Payback give added depth to the narrative. Sexuality, power, corruption, trust, self promotion and public duty, the press and the impact of money on our services make this a realistic and modern read that I found engaging and impactful. I’m very much looking forward to the next book in the series as I think R.C.Bridgestock have an absolute winner here. 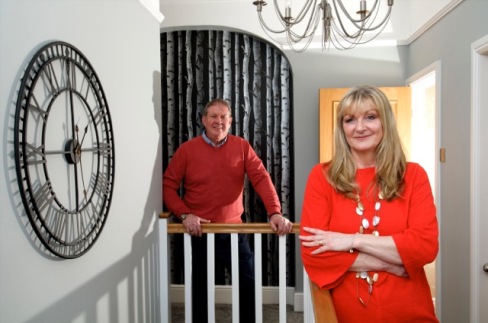 R.C. Bridgestock is the name that husband and wife co-authors Robert (Bob) and Carol Bridgestock write under. Between them they have nearly 50 years of police experience, offering an authentic edge to their stories. The writing duo created the character DI Jack Dylan, the ninth book of which was published by The Dome Press in 2019, along with their backlist.

Bob was a highly commended career detective of 30 years, retiring at the rank of Detective Superintendent. During his last three years, he took charge of 26 murders, 23 major incidents, over 50 suspicious deaths and numerous sexual assaults. He was also a trained hostage negotiator with suicide interventions, kidnap, terrorism and extortion. Bob was seconded to a protracted enquiry investigating alleged police corruption in another force. He worked on the Yorkshire Ripper and Sarah Harper murder, and received praise from Crown Court Judges and Chief Constables alike for outstanding work at all ranks, including winning the much-coveted Dennis Hoban Trophy.

The couple pride themselves on being up-to-date on past and present day UK police procedures, and as a result, Bob is regularly sought by UK television, radio and national and local newspapers for comment on developing major crime incidents etc. They have also taken part in BBC Radio 4 (Steve) PUNT P.I.

Carol and Bob are also patrons and ambassadors for several charities. 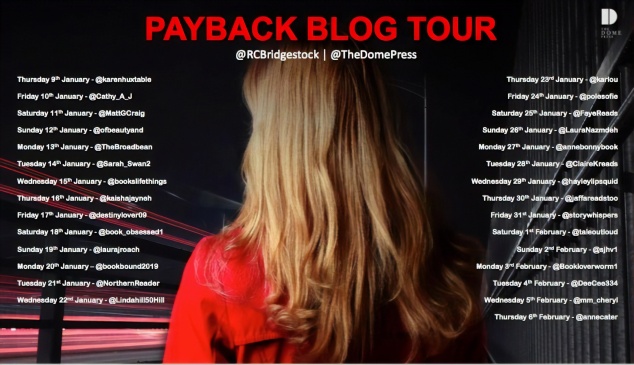 2 thoughts on “Payback by R.C. Bridgestock”