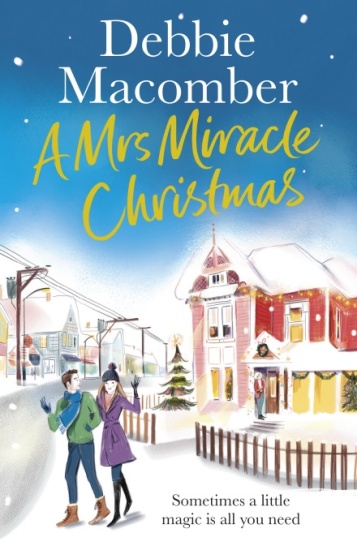 Not having read Debbie Macomber before but hearing such good things about her writing, I was delighted to be asked to participate in the launch celebrations for A Mrs Miracle Christmas and would like to thank Rachel Kennedy at Penguin Random House for inviting me.

A Mrs Miracle Christmas was published by Penguin Random House imprint Arrow on 14th November and is available for purchase through these links. 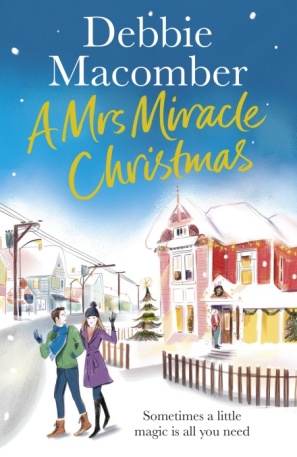 Laurel McCullough is in desperate need of help.

Her beloved grandmother has just been diagnosed with Alzheimer’s and the baby she and her husband Zach have longed for now seems like an impossible dream.

So when Mrs Miracle appears at the door, Laurel couldn’t be more relieved. She invites the nurse into her life and it’s not long before they become firm friends.

When her grandmother’s condition begins to improve, and as Laurel and Zach continue their desperate quest for a child, Laurel soon realises that there is more to Mrs Miracle than meets the eye…

My review of A Mrs Miracle Christmas

Laurel’s life is rather complicated!

Now, I’ve no religious belief or faith and I’ve never been a mother nor had any desire to be one, so A Mrs Miracle Christmas should be a book that I really didn’t enjoy. Hmm. Totally untrue! Whilst some readers may find it too sentimental, Debbie Macomber writes with such uplifting warmth, that I couldn’t help being drawn in to this lovely narrative. I read the book on a cold wet afternoon and it was the perfect story to transport the reader away into a world of love and positivity – even when life isn’t treating Laurel and Zach well. I think what I enjoyed so much was the knowledge that everything was likely to be resolved happily, though you’ll have to read the book yourself to see if that is true!

Although A Mrs Miracle Christmas is a light read, Debbie Macomber doesn’t shy away from tougher issues like dementia and infertility so that the book will resonate for many an ordinary reader dealing with similar issues in their own life. I felt especially sorry for Zach as he tries to do what he feels is best. So much of the attention in cases of infertility is focused on women, but here Debbie Macomber sensitively explores the impact on men too and I felt this added depth to the narrative.

I really enjoyed the reduced number of characters because with just Helen, Laurel, Zach and Mrs Miracle dominating, there is the opportunity fully to get to know them. I rather feel we could all do with a Mrs Miracle in our lives at times! I loved the way she embodies the concept that memories are important for us all as she guides Helen along.

A Mrs Miracle Christmas is a heartwarming, entertaining book that I very much enjoyed. It would be an ideal gift at Christmas, particularly, I think, for anyone living alone or in need of solace and cheer. It’s very uplifting and I ended it feeling more positive than when I set out to read it. 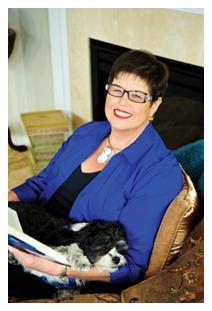 Debbie Macomber is a No. 1 New York Times bestselling author and one of today’s most popular writers. In addition to fiction, Debbie has also published two bestselling cookbooks; numerous inspirational and nonfiction works; and two acclaimed children’s books. The beloved and bestselling Cedar Cove series became Hallmark Channel’s first dramatic scripted television series, Debbie Macomber’s Cedar Cove, which was ranked as the top program on US cable TV when it debuted in summer 2013.  Hallmark has also produced many successful films based on Debbie’s bestselling Christmas novels. Debbie Macomber owns her own tea room, and a yarn store, A Good Yarn, named after the shop featured in her  popular Blossom Street novels. She and her husband, Wayne, serve on the Guideposts National Advisory Cabinet, and she is World Vision’s international spokesperson for their Knit for Kids charity initiative. A devoted grandmother, Debbie and her husband Wayne live in Port Orchard, Washington (the town on which her Cedar Cove novels are based) and winter in Florida. 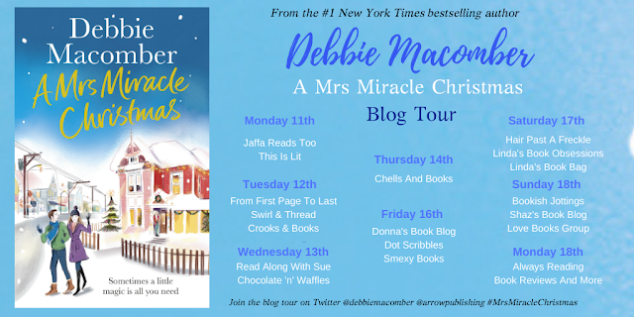 9 thoughts on “A Mrs Miracle Christmas by Debbie Macomber”