With my own local Deepings Literary Festival now successfully completed it’s time to share some information about another festival coming up in September.

The crime and thriller community is excited about Capital Crime.

Martina Cole (No Mercy – Headline – Autumn) said: ‘We have all been waiting for a London based festival like Capital Crime.  It’s fantastic to see such a diverse line up of crime and thriller writers taking part.  David Headley and Adam Hamdy have put together an amazing programme of events for the first crime festival in London and I’m thrilled to be part of it.’

Ann Cleeves (The Long Call – Pan Macmillan – September)  ‘I’m delighted to be taking part in the very first Capital Crime and can’t wait to meet readers and writers in London in September.’ 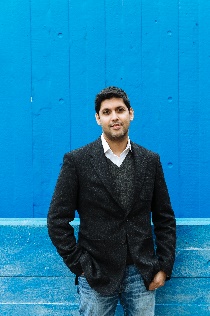 Best-selling London based author Abir Mukherjee (Smoke and Ashes – Vintage – June) said: ‘London is one of the world’s great cities, the setting, and often the inspiration, for some most infamous true crimes and some of the world’s best loved fictional detectives. It’s the home of Scotland Yard, Jack the Ripper and Sherlock Holmes and a natural location for a festival bringing together international fans and authors in a celebration of the very best and latest that crime fiction has to offer. It’s long overdue and I hope Capital Crime becomes a regular fixture in the crime fiction calendar.’

Panels of note include: The Interrogation of Mark Billingham: The bestselling author is put through his paces by Graham Bartlett, an experienced police interrogator; Ian Rankin discusses The Human Cost of Crime with Don Winslow. Also there is a quiz panel Whose Crime is it Anyway? pitting debut crime and thriller authors against each other with Paul Clayton hosting; The Forensic Mind: Denise Mina and Ann Cleeves discuss what makes a great detective, moderated by Chris Ewan;  Plus Are We Living in An Espionage Thriller: Tom Bradby, Charles Cumming, Frank Gardner and Stella Rimington offer their unique insights into events that concern us all.

Capital Crime is a diverse, inclusive and socially responsible festival, running initiatives including social outreach to support students exploring a literary career, an innovative digital festival and the launch of their New Voices Award. The festival is the brainchild of British screenwriter Adam Hamdy and Managing Director of Goldsboro Books, David Headley.

Tickets for the festival are now on sale at https://www.capitalcrime.org/

David Headley studied theology in London and Durham before co-founding and becoming the Managing Director of Goldsboro Books, a much admired, leading independent bookseller, based in central London.

He has gained a reputation for championing debut authors and he created the UK’s largest collectors’ book club. David has won awards for bookselling and in 2015 he was included in the Top 100 most influential people in publishing by The Bookseller.

David is also the MD of The Dome Press, a small, independent publisher based in London, and co-founder of Capital Crime.

David says: ‘It is thrilling to announce more fantastic authors and creatives who are attending our first Capital Crime festival. The support and enthusiasm we have received is wonderfully encouraging and we are looking forward to an amazing inaugural event.’ 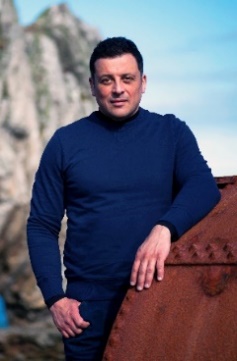 Adam Hamdy is a London-born, British screenwriter and author. Adam recently signed a three-book deal with Pan Macmillan. Black Thirteen,  the first book in the new thriller series, will be published in autumn 2019. As a screenwriter, Adam is currently adapting a multi-million copy New York Times bestselling novel for a US studio. In the past year he has written screenplays for four Academy Award-winning production companies on both sides of the Atlantic. Adam has a degree in Law from Oxford University and a degree in Philosophy from the University of London. He is a seasoned skier, rock climber, and marksman.

Adam says: ‘We’re excited to be able to reveal more of the Capital Crime line-up. We’re very grateful for the support we’ve had from authors and the publishing community and can’t wait to bring our exciting new festival to London.’

Capital Crime will be launching an exciting competition to help undiscovered crime and thriller authors further their writing careers. Writers are invited to upload the first three chapters of their novel to the Capital Crime website and festival attendees will be able to vote for their top choice. The ten entrants with the most votes will be invited to the Opening Night Cocktail Party and the winner of the New Voices Award will be selected from that shortlist and announced on the night.

About the Capital Crime Digital Festival

Capital Crime is launching a Digital Festival in conjunction with the live event. This will provide an opportunity to reach crime and thriller writers and readers all year round. The Capital Crime Digital Festival will showcase interviews, profiles and features with over 70 authors on multiple platforms after the inaugural festival. It will be regularly updated throughout the year with new and engaging content.