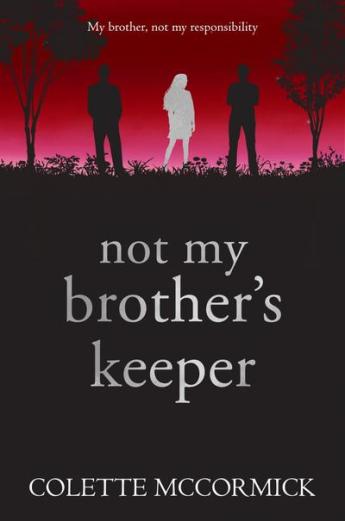 It’s a very welcome return for Colette McCormick to Linda’s Book Bag today because I’ve been privileged to ‘stay in’ with Colette to chat all about her novel Ribbons in Her Hair in a post you can read here as well as host a smashing guest post here from Colette called What Happened Next when she explained all about her journey to publication for Things I Should Have Said And Done.

Today we are celebrating Colette’s brand new novel Not My Brother’s Keeper and I’m delighted that Colette has agreed to write a post all about how the title for her latest book came about.

Not My Brother’s Keeper is published today, 30th May 2019 by Accent Press and is available for purchase here. 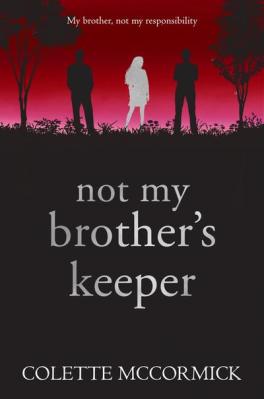 My brother, not my responsibility

Robert and Tom are practically identical – same height, same hair, equally good looking – but Tom never had the same confidence as his older brother, and for that reason, he is in awe of him.

When Robert’s girlfriend, Michelle, tells him that she’s pregnant, Robert disappears leaving Tom to clean up his mess. As Tom spends time with Michelle, reassuring her that she is not alone in this, the both begin to fall in love.

But is Michelle settling for second best?

Is Tom losing himself in what should have been his brother’s life?

Sixteen years later, without warning, Robert comes home and Tom has to find the courage to stand against the brother he idolized.

What’s in a name?

I clearly remember when the title Not my Brother’s Keeper came to me. It was years and years ago and I was in the cellar of the building that I worked in. The stockroom was in the cellar so I used to spend a lot of time there and it was a great ‘thinking place.’ I didn’t have a story in mind but the title popped int my head and stuck with me. It would be a long time before the story came.

When my eldest son left home, he loaded what he needed into the back of his car and left the rest.  I said that I was going into his room to tidy away what had been left in his wake but his brother stopped me and said that he would ‘clear up the mess,’ suggesting that I shouldn’t have to do it. He got no argument from me as I didn’t relish what I might have found under the bed.

But, as often happens my mind started to wander. What if his brother had left more than a room full of ‘stuff ‘that he had accumulated over the years? What if he had just disappeared rather than moved a few miles away? What would make someone just run away from everything that they had ever known? The more I thought about it, the more a story started to form. Then I remembered the title that had sat at the back on my brain for years. I put the two things together and Not My Brother’s Keeper is the result.

But as I was writing about two brothers and being the mother of two sons, I had to be careful that the lines between the real and the fictional didn’t become blurred. My sons are my sons and the fictional brothers are just that. Fictional. I was careful not to give Robert or Tom any of my sons’ characteristics. If by some miracle either of them reads it, I didn’t want them to recognize themselves. My sons aren’t great book readers although the eldest one did buy my first book. As yet he hasn’t felt the need to read it.

(I think it’s hard to separate ourselves from our writing Colette. Congratulations on having done so and happy publication day for Not My Brother’s Keeper!)

Originally a city girl, Colette has made her home in a one of the many former mining villages in County Durham. When not working as a retail manager for a large children’s charity she will more than likely be writing, even if it’s only a shopping list. She also enjoys cooking, gardening and taking the dog on long walks in the countryside near her home. She has been married for almost forty years and has two grown up sons.

7 thoughts on “What’s in a name? A Publication Day Guest Post by Colette McCormick, Author of Not My Brother’s Keeper”