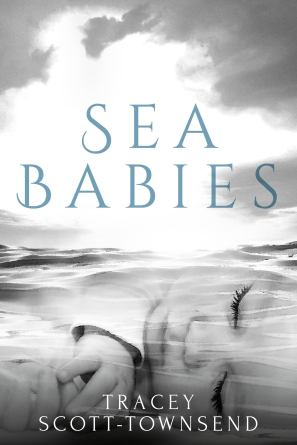 Now, I’m breaking my own self-imposed rules here. I’m not supposed to be taking on any new blog posts until I’ve read and reviewed some of the huge mountain of books I have on my TBR but when lovely Kelly at LoveBooksGroup got in touch to ask if I’d like to help with the cover reveal for Tracey Scott-Townsend’s new book I had to participate.

You see, I first met Tracey Scott-Townsend at an event called Oceans of Words, at which she was speaking and you can see my write up here. Since then I’ve had the pleasure of meeting Tracey properly and she’s so lovely that I had to invite her onto Linda’s Book Bag to tell me about one of her books, Another Rebecca, in a post you can read here. I have also had the pleasure of reviewing some of Tracey’s poetry in her anthology So Fast and you can read that review here.

So let’s see what’s in store for us next from Tracey:

Lauren Wilson is travelling by ferry to the Outer Hebrides, about to begin a new job as a social worker with the Islands’ youth. She’s also struggling to come to terms with a catastrophic event.

When somebody sits opposite her at the cafeteria table, she refuses to look up, annoyed at having her privacy disturbed. But a hand is pushing a mug of tea towards her, and a livid scar on the back of the hand releases a flood of memories…

Some people believe in the existence of a parallel universe. Does Lauren have a retrospective choice about the outcome of her terrible recent accident, or is it the bearer of that much older scar who has the power to decide what happens to her life now?

Set mainly in the Outer Hebrides and Edinburgh from the 1980s to the present, Sea Babies is a potent, emotional psychological drama that explores the harder aspects of relationships, as well as the idea of choice, responsibility and the refugee in all of us. 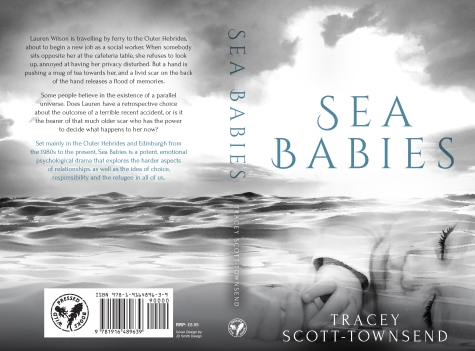 Sea Babies is available for pre-order here. I think it looks a corker! 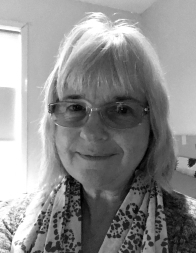 Tracey is the author of The Last Time We Saw Marion, Of His Bones, The Eliza Doll and Another Rebecca. Her fifth novel, Sea Babies will be released on 1st May 2019. Her novels have been described as both poetic and painterly. Her first poetry collection, So Fast was published in January 2018.

Tracey is also a visual artist. All her work is inspired by the emotions of her own experiences and perceptions.

Tracey is the mother of four grown-up children and now spends a lot of time travelling in a small camper van with husband Phil and their rescue dogs, Pixie and Luna, gathering her thoughts and writing them down.