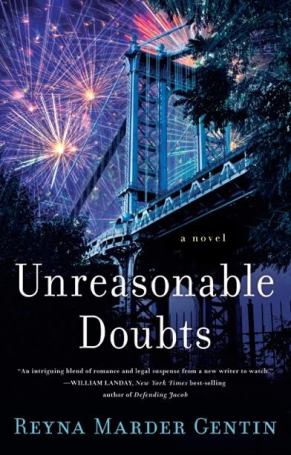 What could be better than to stay in with a brand new author on publication day? I’m delighted to welcome Reyna Marder Gentin to Linda’s Book Bag today as she stays in with me to tell me about her debut novel.

Staying in with Reyna Marder Gentin

Welcome to Linda’s Book Bag Reyna. Tell me, which of your books have you brought along to share this evening and why have you chosen it? 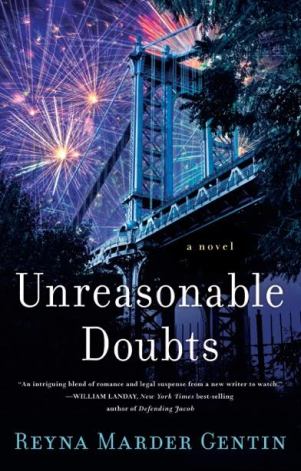 I have brought along my debut novel, Unreasonable Doubts. I believe your readers will enjoy staying in and spending some time with the protagonist, Liana Cohen, a woman who finds herself at a critical crossroads in both her personal and professional life.

(And I understand today is publication day, so congratulations on Unreasonable Doubts!)

What can we expect from an evening in with Unreasonable Doubts?

When the story opens, Liana is a talented young attorney working in the appeals bureau of the Public Defender’s Office in New York City representing defendants who don’t have the money for private counsel. Although she has taken the job out of a deep sense of idealism, Liana’s experience representing those convicted of the most ghastly crimes has taken a toll on her, and she is having doubts about her career choice. Her uncertainties have spilled over to her personal life, where she has become distanced from her corporate lawyer boyfriend Jakob. Liana finds herself questioning whether she can commit to Jakob, who is ready to get married and looking for an equal partner in the relationship.

Into this chaotic scenario enters Danny Shea, Liana’s new client, who stands convicted of the unthinkable. Except Liana believes he is innocent. Working on his case restores Liana’s sense of hope and her belief in her mission as a defense attorney. In Danny, Liana is confronted by a man who is intelligent, sexy, potentially dangerous, and obsessively devoted to her. As their relationship transforms into something less than arms length, Liana risks losing it all.

Liana is challenged throughout the novel to look for the good in others and to find the good in herself – by Jakob and Danny, by her mother, by her friends and colleagues, and by a traditional yet unconventional rabbi with whom she develops a relationship. I hope your readers will enjoy Liana’s journey.

I have been fortunate to receive advance praise across different genres from best-selling authors including William Landay (Defending Jacob), Susan Isaacs (Compromising Positions), Linda Fairstein (Final Jeopardy), and Rabbi Joseph Telushkin. I think the novel will appeal to different readers on different levels and across demographics.

(How lovely to have such endorsements.)

I have brought along the Beatles cover of the song ‘”Til There Was You” from the musical The Music Man. This song is one of my favorites, and plays a special role in the novel. You can listen to it here. 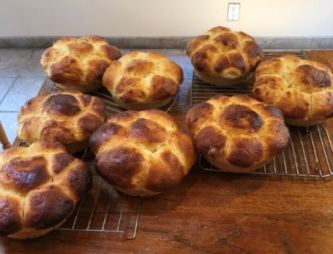 I’ve also brought along a photograph. One of the advantages of writing in my home is that I can also indulge in another one of my passions, which is cooking and baking. This photograph is of the special challah bread that I bake every Friday. If I could bring along the aroma, that would knock your socks off!

(I wish you’d brought the actual bread rather than a photo Reyna. They look delicious!)

Thanks so much for staying in with me to tell me about Unreasonable Doubts Reyna. I hope you enjoy the rest of your publication day.

Jaded New York City Public Defender Liana Cohen would give anything to have one client in whom she can believe. Dozens of hardened criminals and repeat offenders have chipped away at her faith in both herself and the system. Her boyfriend Jakob’s high-powered law firm colleagues see her do-gooder job as a joke, which only adds to the increasing strain in their relationship.

Enter imprisoned felon Danny Shea, whose unforgivable crime would raise a moral conflict in an attorney at the height of her idealism―and that hasn’t been Liana in quite a while. But Danny’s astonishing blend of good looks, intelligence, and vulnerability intrigues Liana. Could he be the client she’s been longing for―the wrongly accused in need of a second chance? Is he innocent? As their attorney-client relationship transforms into something less than arm’s length, Liana is forced to confront fundamental questions of truth, faith, and love―and to decide who she wants to be.

Published today, 13th November 2018 by She Writes Press, Unreasonable Doubts is available for purchase through these links. 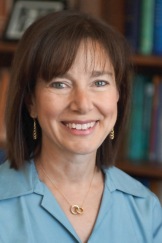 Reyna Marder Gentin attended college and law school at Yale. For many years, she practiced as an appellate attorney representing criminal defendants who could not afford private counsel. Reyna studies at the Writing Institute at Sarah Lawrence College, and her fiction and personal essays have been published in The Westchester Review and online. She lives with her family in Scarsdale, New York.

One thought on “Staying in with Reyna Marder Gentin”