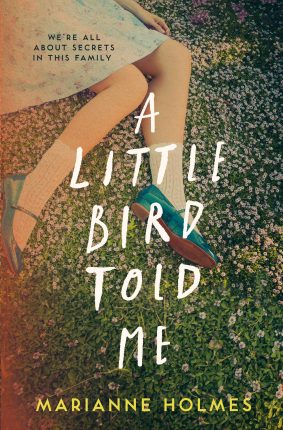 My enormous thanks to Oliver Wearing at Agora Books for sending me a copy of A Little Bird Told Me by Marianne Holmes in return for an honest review. I wasn’t actually going to read this one next but I happened to pick it up and …

A Little Bird Told Me will be published by Agora books on 13th September and is available for pre-order here.

A Little Bird Told Me

Besides, if you were one half evil, wouldn’t you want to know about the other half?

In the scorching summer of 1976, Robyn spends her days swimming at the Lido and tagging after her brother. It’s the perfect holiday – except for the crying women her mum keeps bringing home.

As the heatwave boils on, tensions in the town begin to simmer. Everyone is gossiping about her mum, a strange man is following her around, and worst of all, no one will tell Robyn the truth. But this town isn’t good at keeping secrets…

Twelve years later Robyn returns home, to a house that has stood empty for years and a town that hasn’t moved on, forced to confront the mystery that haunted her that summer.

And atone for the part she played in it.

My Review of A Little Bird Told Me

Oh yes! Fantastic! A Little Bird Told me is exactly my kind of read. It truly is fabulous. I consumed it greedily over 24 hours because I simply couldn’t tear myself away. I love it when a book makes me put my life on hold to read it.

Firstly, the quality of Marianne Holmes’ writing is superb. She creates an oppressive and threatening atmosphere through the heat of 1976, and the lurking past that permeates the action set in 1988, so that I felt quite tense at times. The plot is just wonderfully crafted. It’s rather like a Japanese puzzle box as each element is linked with and unlocked by another part making for an enormously satisfying read. I won’t spoil it for others but I will say that I felt as if I were part of the action as information is so deliciously withheld and tantalisingly revealed, making me feel like Robyn, Kit and Neil at times as they come to realise the full truth.

I loved too, the unity of place, so that A Little Bird Told Me feels perfectly harmonious whilst simultaneously being menacing, claustrophobic and gripping. I think this is incredibly skilful writing, especially when balanced with the lighter moments that come, for example, through Debbie’s malapropisms. The dual time frame is perfectly poised too.

The characters are masterly. Each one, regardless of their intentions, is flawed in some way, making them utterly human and lifelike. Having finished reading A Little Bird Told Me I want to know what is happening in their lives now because I can’t bear to leave them behind as mere characters in a book. I think they will all, especially Robyn and Kit, linger in my thoughts for a very long time.

I adored the way in which Marianne Holmes explores individual truths and intentions. She illustrates perfectly how a small lie, a partial truth and half revealed information has a far wider impact than might at first be imagined. I thought the title A Little Bird Told Me reflected the way the town existed on rumour and hearsay so aptly. 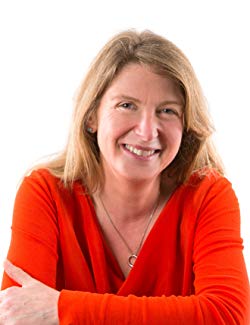 Marianne Holmes was born in Cyprus to RAF parents but is now firmly based in London. After a sensible career in marketing, Marianne has come home to her love of language and writing.

A Little Bird Told Me is her first novel.

13 thoughts on “A Little Bird Told Me by Marianne Holmes”