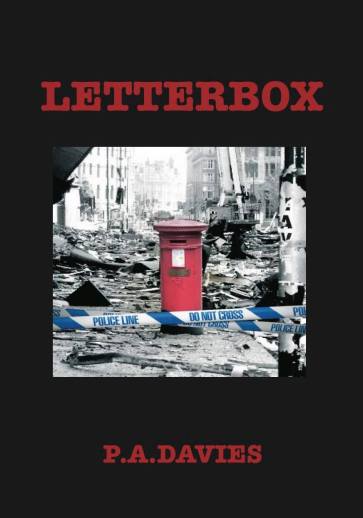 My enormous thanks to fellow blogger and tour organiser Caroline Vincent at Bits About Books for inviting me to be part of the celebrations for Letterbox by P.A.Davies. I’m thrilled to have a fascinating guest post from P.A. Davies explaining the origins of Letterbox to share with you today.

Letterbox is available for purchase from Amazon, but signed copies are available directly from the author here. 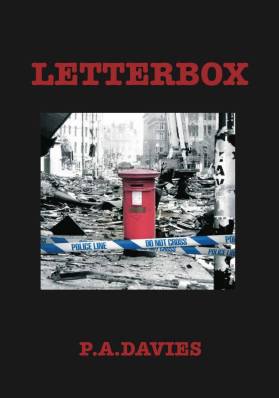 At approximately 09.00 hrs on the 15th June 1996, an unassuming white lorry was parked on Corporation Street in the city centre of Manchester, England; It contained over 3000 pounds of high explosive.

At 11.15 hrs the same day, Manchester witnessed the detonation of the largest device on the British mainland since the Second World War … The Irish Republican Army claimed responsibility for the attack.

Based around actual events, Letterbox tells the story of Liam Connor, an ordinary boy brought up in Manchester by a seemingly ordinary family.  He goes to the local school, loves football and has a best friend called Sean … an ordinary life.

Unbeknown to Liam, his father, Michael Connor, harbours a dark historic secret and follows a life less ordinary … as a furtive yet high ranking soldier within the IRA.

As a result of extraordinary circumstances, Liam’s innocent and carefree world is shattered when he is exposed to the truth about his family’s heritage and then learns about the tragic death of his father at the hands of the SAS.

Consumed with both hate and the need to seek retribution, Liam is taken to Ireland where he is intensively trained to become a highly skilled and efficient soldier within the Irish Republican Army … He is 16 years old.

Some years later, following the drug-induced death of his beloved sister, Liam is given the opportunity to exact his revenge on those he believed should truly be blamed for the tragedies in his life … The British Government.

Thus, on the 15th June 1996, it was Liam’s responsibility to drive the bomb-laden lorry into the unsuspecting city of Manchester and let the voice of the IRA be clearly heard …

The Origins of Letterbox

At 10.15hrs on Saturday 15th June 1996, the Greater Manchester Police received a coded message stating that a bomb had been left in the city centre.

With little time to spare, it then became the responsibility of just twelve Police Officers from Bootle Street Police station – together with a handful of Security Guards – to orchestrate the evacuation of some seventy five to eighty thousand people from the city centre streets surrounding the bomb’s location.

At approximately 11.15hrs the same day, a 3000-pound bomb – hidden inside a white Ford Cargo Lorry – exploded on Corporation Street; the largest device to have been detonated on the mainland of Britain since the Second World War.

The Irish Republican Army went on to claim culpability.

The explosion left an estimated £700 million in structural damage and injured over 200 citizens, though it was down to the actions and sheer determination of the people tasked with the public’s egress that miraculously, nobody lost their life.

Despite an extensive investigation into the bombing, the only people to have been arrested in connection with the crime were a Police Officer and a Journalist for allegedly leaking and reporting on, information regarding the identity of a possible suspect.

Though both were cleared of any charges, the case against the one and only “real” suspect was rendered inadmissible in court, and subsequently closed. The offence still remains unsolved to this day.

Many people, both in and out of Manchester, have been heard to say, that in terms of the regeneration that followed, the IRA bombing was probably the best thing that could ever have happened to the City as – like a Phoenix rising from the ashes of destruction – it has become one of Europe’s most cultural and modernistic centres.

Though the sheer power of the explosion had indiscriminately destroyed the surrounding aged buildings, it is ironic that one small thing within the immediate epicentre of the blast remained relatively unscathed … a Letterbox constructed during the reign of Edward VII.

To this day that same red Letterbox stands proudly on Corporation Street, Manchester, England, like a beacon of defiance and hope shining brightly against a world of adversity.

Letterbox is a work of fiction, based around the actual events of Saturday 15th June 1996 and follows the life of Liam Connor: a boy who would eventually become the man to drive the lorry into Manchester City centre on that fateful day and leave the infamous legacy of the IRA.

(Thank you so much for such a fascinating guest post. I now want to put Letterbox at the top of my TBR pile.) 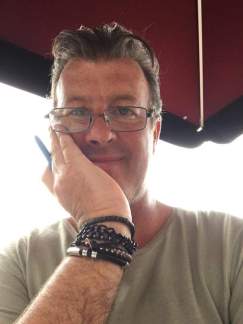 P.A. Davies grew up in Manchester, UK, a place he has lived in and around all his life – he loves Manchester and is proud to be part of the multi-cultural, modern city that houses two Premiership football teams and is the birthplace of many a famous band, such as Oasis, the Stone Roses, Take That and Simply Red.

For most of his life, he dabbled with writing various pieces, from poems to short fictional stories just for fun. However, following advice from a good friend he decided to have a go at writing a novel. Thus, his first novel Letterbox was conceived, a fictional take on the infamous IRA bombing of Manchester in 1996. It took him over a year to complete but while doing so, he found it to be one of the most satisfying and interesting paths he had ever followed. It comes as no surprise that the writing bug now became firmly embedded within him.

To label P.A. Davies’ writings would be difficult because his works diverse from thrillers to touching novels to true-to-life tales embedded in a captivating story for the author is an imaginative and versatile storyteller. 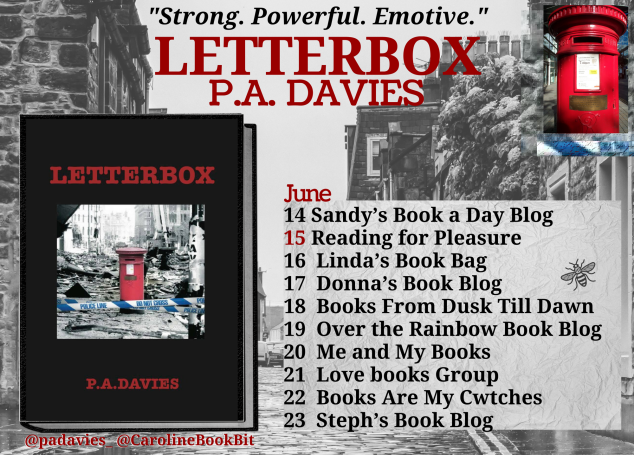