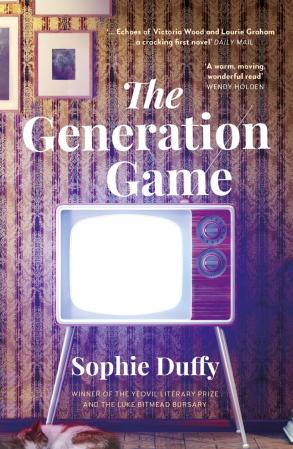 It’s a real privilege to be part of the Legend100 team of bloggers and I’m delighted that today that gives me a very special guest post to share on Linda’s Book Bag. Legend Press are reissuing some of the most popular titles for the last ten years and 5th April marks the reissue of The Generation Game by Sophie Duffy. To celebrate, Sophie reminisces about her protagonist Philippa and the setting for the novel.

Published by Legend Press, The Generation Game is available for purchase here. 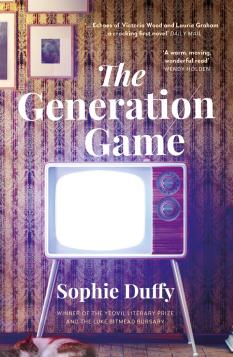 Philippa Smith is in her forties and has a beautiful newborn baby girl. She also has no husband, and nowhere to turn. So she turns to the only place she knows: the beginning. Retracing her life, she confronts the daily obstacles that shaped her very existence. From the tragic events of her childhood abandonment, to the astonishing accomplishments of those close to her, Philippa learns of the sacrifices others chose to make, and the outcome of buried secrets.

Philippa discovers a celebration of life, love, and the Golden era of television. A reflection of everyday people, in not so everyday situations.

I know Philippa Smith better than I know myself. I first started writing about her in 2005 where she showed up in a short story of mine. I’m not quite sure where she came from – probably an amalgam of a school friend, Benny from Top Cat, and maybe a teensy bit of me – but she was here to stay, living on in my imagination while the short story became a novel.

Philippa is naïve, innocent and slow, but not stupid – though some of the things she does are admittedly daft even if they are carried out with the best of intentions. She is fiercely loyal and if she loves you, she will love you forever. (Once a Torquay United fan, always a Torquay United fan.) She could be seen as a victim if it weren’t for her good heart and her blundering resilience. She loses the people she loves the most but, somehow, she ends up with more than she ever thought possible – most importantly her baby.

This is where we first meet Philippa in 2005, giving birth in St Thomas’ hospital, the very place she was born forty years earlier. As she tries to make sense of being a new mother, she tells her story to her baby. She tells her about Helena, her feckless mother, Lucas, her best friend, Mr Bob Sugar, owner of the sweet shop where she lived, and Wink, the old lady from across the street.

The part of The Generation Game that is real is the setting. For two years in the early 70s, my parents owned and ran a sweet shop in Torquay. Mum, Dad, my two brothers, Sammy the cat, and I lived above it, a pretty cool place to live when you are five years old. The shop wasn’t just about the sweets. It was also a newsagent’s and a tobacconist’s. My older brother can remember measuring out snuff for the old gents who used to come in. I was too young to serve so I would sit behind the counter on the step that led to our back room and I’d watch and learn. We also sold the football pools and tacky gifts for the holiday makers. Boxes of chocs and saucy seaside postcards. Sandcastle paper flags and ice lollies. It was the best place in all the world and the ideal backdrop for my first novel.

Across the street from the shop was a chemist’s where Agatha Christie was said to be a Saturday girl, learning about poisons. On the other corner was a chippie. And because we only had a small back yard, we used to play out in the ‘boneyard’ of St Andrew down the road. There really was an old lady called Wink who lived opposite us. We ‘inherited’ her from the previous shop owners and visited her every Saturday for fish and chips. And she really did love Brucie.

The Generation Game was first published in 2011 by Legend Press after winning the Luke Bitmead Bursary. Not long after this, Brucie became Sir Bruce. Since then, many of the TV figures of my childhood have been disgraced, but never Brucie. He was a hero to the end. Which brings me back to Philippa. I wonder how the news of his passing would have affected her? I reckon she’d be as sad as I am but proud too. Proud that her loyalty in him was not misplaced. (Unlike her loyalty to The Gulls.) And I’m thrilled that I get to share Philippa, Helena, Lucas, Mr Bob Sugar, Wink and Brucie with some new readers.

(A fascinating insight into the background to The Generation Game Sophie. Many thanks for sharing it with us.) 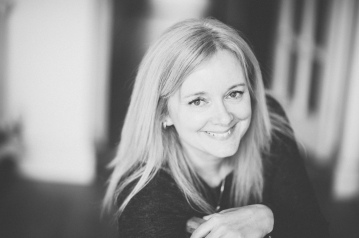 Sophie is the author of three novels. The Generation Game was her debut novel, inspired by her childhood growing up in a sweet shop in Torquay. Her second novel, This Holey Life, is about a reluctant curate’s wife. Her latest novel is Bright Stars, a modern day Brideshead, the story of students reunited after 25 years.

She lives by the seaside in Devon.

10 thoughts on “Remembering Philippa: A Guest Post by Sophie Duffy, Author of The Generation Game”