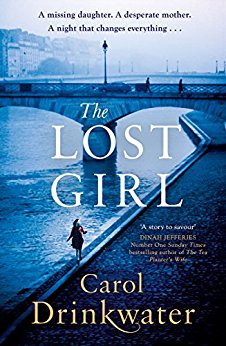 If you haven’t yet discovered Carol Drinkwater’s wonderful writing, boy do I have a treat for you today.

I have previously reviewed The Forgotten Summer by Carol Drinkwater here on the blog and The Lost Girl here. I was also thrilled to be able to interview Carol about The Lost Girl in a post you can read here.

Today I’m so excited that Carol has allowed me to give away a signed paperback copy of The Lost Girl and you can enter the giveaway at the bottom of this blog post.

The Lost Girl is published by Michael Joseph, an imprint of Penguin, and is available for purchase via the links here. You can also get a taste of what a wonderful book this is by reading an extract from the publishers here.

Her daughter disappeared four years ago. . .

Since her daughter went missing four years earlier, celebrated photographer Kurtiz Ross has been a woman alone. Her only companion her camera. Since Lizzie disappeared, she has blamed and isolated herself, given up hope. Until, out of the blue, an unexpected sighting of Lizzie is made in Paris.

Could this lead to the reconciliation she has dreamed of?

Within hours of Kurtiz arriving in Paris, the City of Light is plunged into a night of hell when a series of terrorist attacks bring the city to a standstill. Amid the fear and chaos, a hand reaches out. A sympathetic stranger in a café offers to help Kurtiz find her daughter.

Neither knows what this harrowing night will deliver, but the other woman’s kindness – and her stories of her own love and loss in post-war Provence – shine light into the shadows, restoring hope, bringing the unexpected. Out of darkness and despair, new life rises. New beginnings unfold.

Dare she believe in a miracle?

Set during a time of bloodshed and chaos in one of the most beautiful cities on earth and along the warm fragrant shores of the Mediterranean, Kurtiz discovers that miracles really can happen . . . 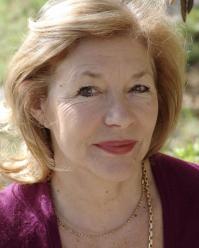 Carol Drinkwater is a multi-award-winning actress who is best known for her portrayal of Helen Herriot in the BBC television series All Creatures Great and Small. She is also the author of over twenty books, both fiction and non-fiction. Her quartet of memoirs set on her olive farm in the south of France have sold over a million copies worldwide and her solo journey round the Mediterranean in search of the Olive tree’s mythical secrets inspired a five-part documentary film series, The Olive Route.

For your change to win a signed paperback copy of The Lost Girl by Carol Drinkwater click here. Open internationally. The giveaway ends at UK midnight on Sunday 25th March 2018.

21 thoughts on “Giveaway: The Lost Girl by Carol Drinkwater”