Today I’m thrilled (and not a little afraid after our conversation) to be staying in with Rachel Abbott to celebrate the launch of her latest novel Come A Little Closer.

Come A Little Closer was published by Black Dot on 15th February 2018 and is available for purchase here.

They will be coming soon. They come every night.

Snow is falling softly as a young woman takes her last breath.

Fifteen miles away, two women sit silently in a dark kitchen. They don’t speak, because there is nothing left to be said.

Another woman boards a plane to escape the man who is trying to steal her life. But she will have to return, sooner or later.

These strangers have one thing in common. They each made one bad choice – and now they have no choices left. Soon they won’t be strangers, they’ll be family…

When DCI Tom Douglas is called to the cold, lonely scene of a suspicious death, he is baffled. Who is she? Where did she come from? How did she get there? How many more must die?

Who is controlling them, and how can they be stopped?

Staying in with Rachel Abbott

Welcome to Linda’s Book Bag Rachel. Thank you for agreeing to stay in with me.

I am delighted to have been invited, Linda. Thank you.

I’ve brought along my latest thriller, Come a Little Closer. The title seems perfect for an evening in, but then again, maybe not! I’ve chosen it because I believe it’s my most chilling novel to date, and one that I have been thinking of writing for nearly four years.

(I’m not certain I think it makes for a cosy evening in! Just reading the blurb makes me nervous…)

However, fears aside, what can we expect from an evening in with Come a Little Closer?

You should prepare yourself to be locked in, I think, both physically and mentally! But the ever-reliable DCI Tom Douglas will step in to provide a little comfort when things become unbearably tense.

I like to think that the short prologue sets the scene perfectly.

I don’t know myself any more. My life is unrecognisable – severed into two distinct periods: Before – when I could feel the wind on my skin, watch the sky turn from blue to black, hear the birds singing in the morning, smell the earth, damp with rain; and After – the life I am in now, where I cannot tell if it is night or day and the only sound I hear is the slap, slap of bare feet on a linoleum floor.

I sit on my narrow bed, staring at the bare wall opposite, wondering how I came to be here. But I can find no answers. All I know for certain is that they are coming. They come every night.

I didn’t understand how easy it could be to lose a life. To lose my self. But now I am not me any more. I’m someone else. Someone I don’t recognise.

My name is Judith. And I killed a man.

That should give you a clear idea of what you are in for this evening – lots of shivers down the spine!

I’ve brought along some photographs of Burma – or Myanmar as it is now called – which is where I was when the idea for the story came to me. It features at the start of the novel, but I resisted the temptation of making the early part of the book into a travelogue, although I would have loved to write more about this wonderful country. It’s where my main character, who remains nameless for about half the book, begins her story.

(It’s a place I’d love to visit so thanks for bringing the photos Rachel.)

I’ve also brought some sweet sherry. I’m not a fan – and neither is my character – but she finds herself drinking it rather more often than she would like to, so I thought we could try it and see what we think. I wondered about bringing some bath salts and a claw hammer, but thought neither seemed appropriate for an evening in. 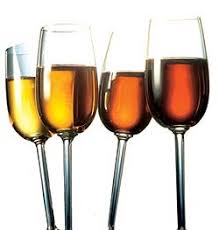 (I’m not keen on sherry either but I think I might need some Dutch courage to read Come A Little Closer. If I said I was relieved you didn’t bring the claw hammer would you believe me?)

My books usually feature some kind of food – because I’m a big foodie – but not so much in this one, apart from a particularly unappetising bowl of thin soup. We need something to make the sherry taste better, though, so I thought I would make some of my home-made chicken liver pate and some crispy crostini to spread it on. Might as well have something full of iron to keep us healthy and the red-blood cell count high. We might be needing it.

And finally, we might listen to the second movement of Beethoven’s 2nd symphony. If anything fits the mood of the book, I would say that’s it. Beautiful as it is, it is so haunting. Perfect for listening to in the bath – but if I say any more, I would be giving the game away.

Now you’ve terrified me completely Rachel, I’d like to say thanks for staying in with me, but I hope you’ll stay a bit longer. I’m not sure I want to be on my own!

Rachel Abbott’s debut thriller, Only the Innocent, was an international bestseller, reaching the number one position in the Amazon charts both in the UK and US. This was followed by the number one bestselling novels The Back Road, Sleep Tight, Stranger Child, Nowhere Child (a short novel based on the characters from Stranger Child), Kill Me Again and The Sixth Window.

Rachel’s novels have now been translated into over 20 languages and her books have sold over 2.8 million copies in the English language.

Rachel splits her time between Alderney – a beautiful island off the coast of France – and the Le Marche region of Italy, where she is able to devote all her time to writing fiction.

You can find out more about Rachel on her website, or by following her on Twitter @RachelAbbott. You’ll also find Rachel on Facebook and on her blog.

14 thoughts on “Discussing Come A Little Closer with Rachel Abbott”