My enormous thanks to Emilie Chambeyron for an advanced reader copy of How To Fall In Love With A Man Who Lives In A Bush by Emmy Abrahamson, translated by Nichola Smalley, in return for an honest review.

How To Fall In Love With A Man Who Lives In A Bush was published by Borough Press, an imprint of Harper Collins, on 25th January and is available for purchase here. 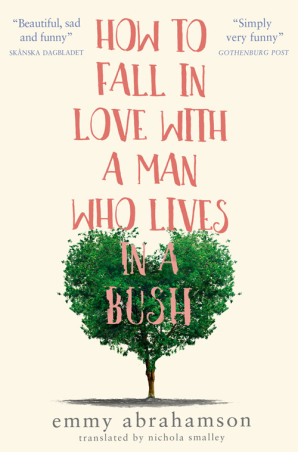 Julia is looking for Mr Right, but Ben is more Mr Right-Now-He-Could-Do-With-a-Bath…

You may think you know what kind of novel this is, but you’d be wrong.

Yes, Julia is a single-girl cliché, living alone with her cat in Vienna and working in a language school. And yes, a series of disastrous dates has left her despairing of ever finding The One – until Ben sits next to her on a bench. He’s tall, dark, handsome…

…and also incredibly hairy, barefoot, a bit ripe-smelling and of no fixed abode.

You guessed it – they fall in love, as couples in novels do. But can Julia overlook the differences between them, abandon logic and choose with her heart?

Funny, filthy (literally) and fizzing with life – and based on a true story! – this is the perfect antidote to all those books promising you that Prince Charming lives in a castle.

Julia’s life is fairly boring, as are the men in her life – until she meets Ben.

I really enjoyed this antedote to saccharine love stories. How To Fall In Love With A Man Who Lives In A Bush has a quirky view of romance, relationships and finding our happy ever after ending and has particular appeal as it is based on a true story. I have to admit I was slightly confused at the beginning as I stupidly misunderstood Austria for Australia but as Vienna is so well described and I recognised many of the settings from my own visit, I was soon engrossed in the narrative.

Julia and Ben are unconventional and so well suited – if only Julia would realise it before it’s too late! I found their dialogues particularly engaging and whilst there are frequent expletives they never felt gratuitous. Indeed, the speech adds considerably to the humour and I laughed aloud many times. There’s a realistic feeling of impudence and mockery that was so appealing. Parts of How To Fall In Love With A Man Who Lives In A Bush are quite explicit and rude but I liked them!

Having taught English I shared many of Julia’s frustrations so that I could really empathise with her character. I loved her intended plots for writing her own books and the way she realised they had been done before, cursing their authors. She felt like a vivid person whom I’d like to meet. What is conveyed so well through Julia is the way we tolerate and befriend those we often don’t really like because of social convention or personal need. I thought this element was the triumph of the book. It might be lighthearted but it has some weighty themes underpinning the humour.

How To Fall In Love With A Man Who Lives In A Bush is fun, witty and engaging. I found it a very enteraining and quick read to cleanse my reading palette in readiness for my next read. 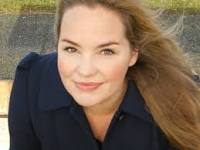 Emmy Abrahamson published her first book in 2011, the young adult novel Min pappa är snäll och min mamma är utlänning (My Dad’s Kind and My Mum’s a Foreigner). She has written three other YA books and was nominated for Sweden’s August Prize in 2012 for Only väg is upp (The Only Way Is Up). How to Fall in Love with a Man Who Lives in a Bush is her adult debut.