I love the irony of a book called Only One Woman being written by two of them – Christina Jones and Jane Risdon! My grateful thanks to Accent Press for providing a copy of Only One Woman in return for an honest review and for inviting me to be part of the launch celebrations.

Only One Woman is to be published by Accent Press in e-book on 23rdNovember 2017 and paperback on 24th May 2018 and is available for pre-order here. 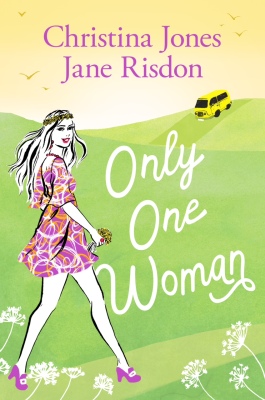 June 1968. Renza falls head over heels for heartthrob guitarist Scott. But after a romantic summer together they are torn apart when Renza’s family moves away.

December 1968. On the night she believes to be her last, Stella meets Scott at a local dance. He’s the most beautiful boy she’s ever seen and if this one night is all they have, she’ll take it.

As the final colourful year of the sixties dawns, the question is: can there be only one woman for Scott?

You can listen to the playlists for Only One Woman too and you’ll find Renza and Stella on Facebook. 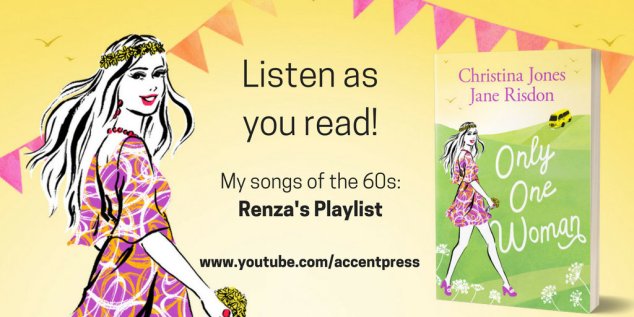 My Review of Only One Woman

When band members move in next door to Renza, her life will never be the same again, but Stella could put a fly in her ointment!

What a roller coaster of emotions for Renza and Stella. Only One Woman is a real insight into the lives of these two young women in the 1960s. They experience the whole range of experiences for women of their time with their contrasting families shaping them very differently. I’d much rather have Stella’s family in my life than Renza’s!

Right the way through reading Only One Woman I couldn’t make up my mind about Scott. At times I thought I would like to meet him myself and at others I felt I’d prefer to hit him several times with a very heavy blunt instrument. Even by the end of Only One Woman I hadn’t made up my mind. I think this shows what a good job both authors have done in creating complex and real characters.

However, I have no such vacillations of opinion about the atmosphere and 1960’s setting. Although I was quite a bit younger than Renza and Stella in the 1960s, I remembered so many of the cultural references that give Only One Woman such a vivid era, from the music to world events. The authors deserve great praise for the quality of the research to ensure the accuracy of these details. The music really sets the scene but readers of a certain age need to be careful otherwise they will have earworms for days reading this book!

I also enjoyed the variety of settings and was fascinated especially by the depiction of army life in Germany.

I think anyone who has lived through the 1960s will find so many personal memories are prompted by Renza, Stella, Scott et al so that there is so much more to enjoy than simply reading a narrative in Only One Woman. It’s a highly evocative read.

Christina Jones, the only child of a schoolteacher and a circus clown, has been writing all her life. As well as writing romantic comedy novels, she also contributes short stories and articles to many national magazines and newspapers.

She has won several awards for her writing: Going the Distance was a WH Smith Fresh Talent Winner; Nothing to Lose, was shortlisted and runner-up for the Thumping Good Read Award with film and television rights sold; Heaven Sent was shortlisted in The Melissa Nathan Comedy Romance Awards and won a Category Award; Love Potions won the Pure Passion Award; The Way to a Woman’s Heart was short-listed for the Rom-Com of the Year; and An Enormously English Monsoon Weddingwon The Reviewer’s Choice Award.

Jane Risdon has spent most of her life in the international music business. Married to a musician she has experienced the business first hand, not only as the girlfriend and wife of a musician, but later with her husband as a manager of recording artists, songwriters and record producers, as well as placing songs on TV/Movie soundtracks for some of the most popular series and movies shown around the world.

Writing is something she has always wanted to do but a hectic life on the road and recording with artists kept those ambitions at bay. Now she is writing mostly crime and thrillers, but recently she’s collaborated with award-winning author Christina Jones, on Only One Woman. A story they’ve wanted to write together, ever since they became friends when Christina became Fan-club secretary for Jane’s husband’s band.