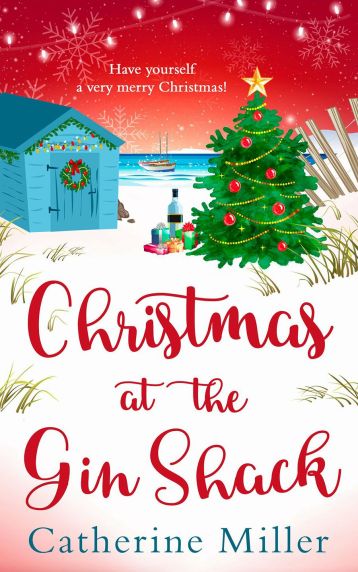 I’m thrilled to be spotlighting Christmas at the Gin Shack today as part of the launch celebrations for several reasons. Firstly, I loved meeting the characters in Catherine’s Gin Shack series when I reviewed The Gin Shack on the Beach earlier this year and my review of which you can read here. Secondly, Catherine has appeared here before with a lovely guest post about possibilities which celebrated another of her novels, Waiting for You.

I’m also delighted to be taking part to support fellow blogger and friend, Rachel, as she starts a new venture in running author tours and services that you can find out more about here.

Finally, I’m extremely interested in the gins that feature in Catherine’s series!

Christmas at the Gin Shack is available for purchase on Amazon UK, Amazon US and Kobo.

Christmas at the Gin Shack 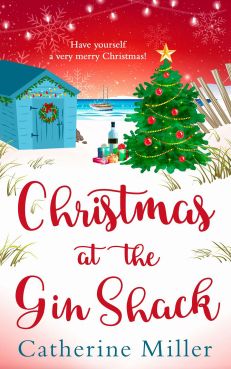 Olive Turner might have lived through eighty-four Christmases, but she’ll never get bored of her favourite time of year. And this one’s set to be extra-special. It’s the Gin Shack’s first Christmas – and there’s a gin-themed weekend and a cocktail competition on the cards!

But, beneath the dazzle of fairy lights and the delicious scent of mince-pies, Olive smells a rat. From trespassers in her beloved beach hut to a very unfunny joke played on her friends, it seems that someone is missing a dose of good cheer.

Olive knows she’s getting on a bit – but is she really imagining that someone in the little seaside town is out to steal Christmas? More importantly, can she create the perfect gin cocktail before Christmas Eve – in time to save the day? 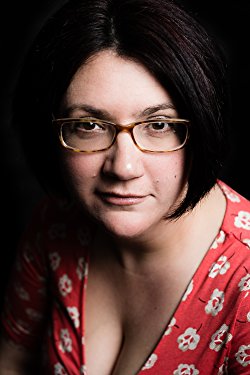 When Catherine Miller became a mum to twins, she decided her hands weren’t full enough so wrote a novel with every spare moment she managed to find. By the time the twins were two, Catherine had a two-book deal with HQDigital UK. There is a possibility she has aged remarkably in that time. Her debut novel, Waiting For You, came out in March 2016. She is now the author of four books and hopes there will be many more now her twins have started school. Either that, or she’ll conduct more gin research on Olive’s behalf.

You can also find out more about Catherine Miller on Facebook , via her web site and by following her on Twitter.