Today, Rachael has kindly agreed to write about the ordinary kind of people she features in her writing – and I can tell you, they are at the heart of what she writes about so brilliantly. I’m also thrilled that Rachael has kindly allowed me to offer two signed paperback copies of The American Girl in a giveaway. To enter, click on the link at the bottom of this blog post.

The American Girl is available now in e-book and for paperback pre-order here.

Boston 1968. Rose Moroney is seventeen, smart, spirited – and pregnant. She wants to marry her boyfriend. Her ambitious parents have other plans. She is sent to Ireland, their birthplace, to deliver her daughter in a Mother and Baby home – and part with her against her will.

Dublin 2013. Martha Sheeran’s life has come undone. Her marriage is over, and her husband has moved on with unsettling speed. Under pressure from her teenage daughter, she starts looking for the woman who gave her up for adoption more than forty years before.

As her search leads her to the heart of long-buried family secrets, old flame Paudie Carmody – now a well-known broadcaster – re-enters the frame.

From Boston to rural Ireland; from Dublin back to Boston, The American Girl is a heart-warming and enthralling story of mothers and daughters, love and cruelty and, ultimately, the embrace of new horizons.

In Praise of Ordinary People

Like most writers, I also have a day job, and in the radio newsroom where I work, a listener’s letter spent several years hanging on the wall. Addressing the station’s presenters, he wrote, Who are these ordinary people you keep speaking about? I’m not ordinary, and neither is anybody I know.

The listener had a point, and the letter’s contents have stayed with me. I was reminded of it recently when I read the back of a new book. The blurb boasted of ‘the nastiest serial killer ever’ or something to that effect. Now most of us relish a good fictional murder hunt, but it occurred to me that the characters I find most fascinating aren’t the obvious extremes. As a reader, I like flawed but authentic-feeling characters. The sort of characters who manage to be familiar yet surprising. They’re the people who display great kindness but are also capable of unthinking cruelty; whose lives appear mundane but whose heads are overflowing with longing and regret; who strive and stumble and keep on going. They can be of an era or any place. They can be in Anne Tyler’s Baltimore or Maeve Binchy’s Dublin.

As a writer, these are the characters whose stories I like to tell. In The American Girl, the protagonists are deceptively straightforward. Rose has lived a steady middle class life in Boston. And yet, as she says herself, there are times ‘when sadness hovers over her, like birds over landfill; when she believes she might be overwhelmed by darkness; when her head goes places where others can’t follow.’ What even her children don’t know is that, as a teenager, Rose became pregnant. She was sent to Ireland and forced to hand over her baby daughter for adoption. That daughter, Martha, grows up knowing nothing about her background. She claims this doesn’t bother her but privately she feels incomplete. She too has secrets. They gnaw away at her until she’s forced to confront the truth.

A couple of years back I was listening to a radio programme about the brain. In many ways it was quite a technical discussion, but one line stayed with me. I’m paraphrasing here, but the interviewee said something along the lines of, ‘Every time a person dies, an unknown world disappears.’ When I’m writing, I think about this. In The American Girl, Martha has to grapple with some uncomfortable truths. This makes her wonder what other people are hiding.

‘On her journey, Martha passed street after street of pristine red brick, gleaming doors and well-tamed hedges. How conventional everything appeared. How mundane. And yet . . . who was to say what people were doing behind those glossy doors? They could be sitting around the dinner table like a Dublin incarnation of the Waltons or they could be passed out drunk on the kitchen floor. Her dad used to say you should be nice to people because you didn’t know how they were suffering. But it wasn’t just their troubles you didn’t know. You knew nothing of their joys either; their ambitions or desires; their capacity to inflict pain or their ability to lie. Lives that appeared small might be immense. Lives dismissed as uneventful might be brimming with intrigue or emotion.’

I like to think that in her own way Martha is acknowledging what the letter writer said: there are no ordinary people.

(And I can vouch for the fact that the characters in The American Girl are no ordinary people Rachael! Thanks so much for agreeing to write about ordinary folk.) 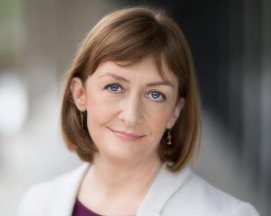 Rachael English is the author of three novels: Going Back which was shortlisted for the most-promising newcomer award at the 2013 Bord Gáis Irish Book Awards, Each and Every One which like Going Back was a top five bestseller in Ireland, and, The American Girl.

Like many authors, Rachael also has a day job and is a presenter on Ireland’s most popular radio programme, Morning Ireland. 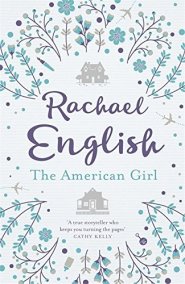 For your chance to enter to win one of two fabulous signed paperback copies of The American Girl click here. Open internationally. Giveaway closes UK midnight on Thursday 11th May. Good luck!

33 thoughts on “In Praise of Ordinary People, A Guest Post and Giveaway by Rachael English, Author of The American Girl”