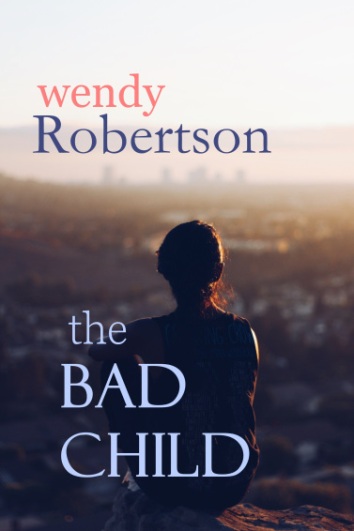 I’m very pleased to welcome author Wendy Robertson to Linda’s Book Bag today. Wendy’s latest novel The Bad Child was published in August and is available in e-book and paperback for purchase here.

Today Wendy tells us all about being a writing magpie and about some of the women who aren’t necessarily ‘good’ but who have inspired her writing, including The Bad Child. 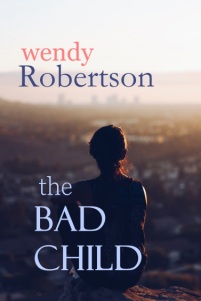 We’re all experts in childhood. After all weren’t we all once children?

But … Twelve year old Dee – is a misfit in her family. Her parents see her stubborn willfulness as a source of chaos in the household. It’s the last straw when she decides not to speak. As her life begins to unravel Dee tells us her own story – how she begins to rescue herself from her own life. But she’s not alone on her journey. Travelling with her is a woman who throws pots and a dog called Rufus. Then there are Dee’s drawing books and characters she’s met in stories she has read…

Do Mothers Have To Be Angels?

Writers are like magpies. We pick up – and bury deep – tiny, glittering gems of observation and memory only to find them resurfacing to become subconsciously available for some new and quite different story.

So I have been thinking about prison lately.

I met this girl in prison, let’s call her June: tall and tough and a bit of a leader in there. She wrote with me a bit, talked with me rather more. She once told me she’d called her daughter Armani because it was a glamorous name. I was puzzled. ‘The suits?’ I said. ‘No. The actress,’ she said. She meant Hermione.

She was one of the many young mothers I met and worked with in prison. The dilemmas of motherhood were big marker ‘inside’, connected as they were to a core of distress in the women’s lives: waiting for their mothers and sisters to bring their children to play on visiting day; using tooth-paste to pin pictures and letters from their children on their cork boards; enduring the heartbreak of seeing their children for the last time before they’re taken into care and sometimes more permanently off for adoption. Middle-aged and middle-class women endured all this, as well being in prison when their children are studying for their O and A levels or graduating from university.

If love were the only criteria for motherhood I would look on most of these women as good mothers. Angels in some ways. Survivors certainly. But it’s important to know that these women did not come to the role of motherhood unscarred. When I was in prison up to 80% of the women had documented references to their being physically, mentally or psychologically harmed in their childhood, youth or young adulthood. June once said to me, ‘The scars on my arms ain’t nothing to the scars inside.’ 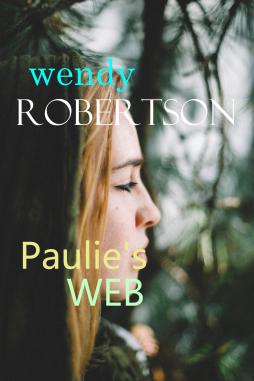 Ten years later all these experiences had distilled in my mind sufficiently for me to write my novel Paulie’s Web.    This fictional story is about Paulie Smith who, freed after serving six years of a life sentence, embraces the struggle to accept life ‘on the out’. She reflects on her time ‘inside’, focusing on four very different women whom she first met on the white prison van. Then she goes in search of them ‘on the out’ and we discover their own tragedies, their own recovery, their present lives and the things that still bind them together.

Now all these glittering insights have again re-surfaced in my mind as I was completed my new novel The Bad Child  – the story of 12 year old Dee, the middle child of an affluent, privileged family who suddenly decides not to speak.  She causes chaos and disturbance in her family as she battles from within the powerlessness of childhood to redefine her own life.

I have to say this glittering magpie-hoard from an over-observant childhood, maidenhood and adulthood has served me very well as a novelist. Because my life has been a mansion of many rooms rather than a hut with one window I don’t restrict myself to any genre. In my search to write the truth I have refused to ‘brand’ myself – term regrettably overused in modern book marketing.

That makes me a happy and fulfilled magpie…

I have found some comfort in these words:  ‘An unhappy childhood was not an unsuitable preparation for my future, in that it demanded a constant wariness, the habit of observation, and the attendance on moods and tempers; the noting of discrepancies between speech and action; a certain reserve of demeanour; and automatic suspicion of sudden favours.’   Rudyard Kipling. 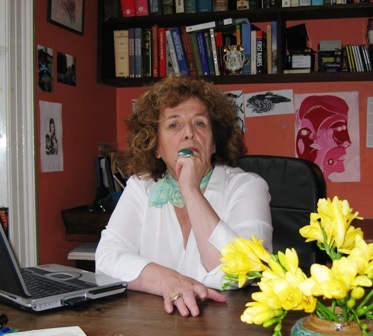 In the middle of her writing career Wendy spent five years as Writer in Residence in a women’s prison. This was a life-changing experience for her – broadening her view, deepening her empathy and her understanding of the whole of society. One outcome of that experience was her novel Paulie’sWeb This, while fictional, tells some truths about the varied lives of many of the interesting and wise women she met in prison.

You can follow Wendy on Twitter, visit her blog here and read an extract from The Bad Child on the Damselfly blog.