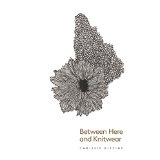 I have to be honest and say the title of this book did not appeal to me and had I not received a review copy, I probably wouldn’t have read it. What a mistake that would have been.

This little volume is described in the blurb as ‘linked stories, written over two decades’, but that hardly does justice to the quality of Chrissie Gittins’ writing. Each story or chapter could be read as a stand alone, but they make a wonderful coherent whole as we follow Chris from childhood to adulthood. They reminded me a little of a modern day ‘Cider With Rosie’ as they evoke such clear memories in the reader (especially if you’re a woman of a certain age like me!) and there is certainly more than a touch of Alan Bennett in the style. There is a sparseness of prose that somehow manages to convey a huge depth of feeling and emotion and frequently there is a wicked humour underlying Chrissie Gittins’ words. Small details bring her descriptions alive so that it is easy to picture a smelly railway carriage, to feel the change in the weather or smell the urine in a care home. I think it’s Chrissie Gittins’ experience of poetry writing that helps create such vivid imagery with such economy.

I felt that all of life was represented in ‘Between Here and Knitwear.’ The opening six chapters or so took me back completely to my childhood. I had the cardboard Bunty with the tabbed paper dresses that never stayed on. My sister had a collection of foreign dolls, my favourite being a Native American or Red Indian as we called it then. I also had a long haired troll. Reading these passages was like returning to my 60’s and 70’s childhood.

As the stories progress so too does Christine’s character so that by the end it is as if you’ve spend the afternoon reminiscing with a friend rather than reading a book. Chrissie Gittins’ ability to convey family relationships and growing up is outstanding. We learn all about Chris’s mother’s mental health problems, about Chris’s first sexual encounters, about her ‘sophistication’ in drinking Mateus Rose! However, the most poignant part for me was the transition from child to carer as her parents deteriorate and are separated into different care locations. I found this extremely moving and not a little scary as a possible future to come.

I think ‘Between Here and Knitwear’ is less a work of fiction than a touching and emotional reflection of real life. I absolutely loved it.

4 thoughts on “Between Here and Knitwear by Chrissie Gittins”