When I was working I was incredibly well organised and disciplined in everything I did. Since I retired that level of discipline seems to be just out of reach! Consequently I’m delighted to have an extract from Ryan Holiday’s Discipline is Destiny to share with you as I feel it might help!

Published by Profile on 27th September 2022, Discipline is Destiny is available for purchase through the links here.

The inscription on the Oracle of Delphi says: ‘Nothing in excess.’ C.S. Lewis described temperance as going to the ‘right length but no further.’ Easy to say, hard to practice – and if it was tough in 300 BC, or in the 1940s, it feels all but impossible today. Yet it’s the most empowering and important virtue any of us can learn.

Without self-discipline, all our plans fall apart. Here, Ryan Holiday shows how to cultivate willpower, moderation and self-control in our lives. From Aristotle and Marcus Aurelius, to Toni Morrison and Queen Elizabeth II, he illuminates the great exemplars of its practice and what we can learn from them. Moderation is not about abstinence: it is about self-respect, focus and balance. Without it, even the most positive traits become vices. But with it, happiness and success are assured: the key is not more but finding the right amount.

An Extract from Discipline is Destiny

It was early, always early, when Toni Morrison awoke to write. In the dark, she would move quietly, making that first cup of coffee. She’d sit at her desk in her small apartment, and as her mind cleared and the sun rose and the light filled the room, she would write. She did this for years, practicing this secular ritual used not just by writers but by countless busy and driven people for all time.

“Writers all devise ways to approach that place where they expect to make the contact,” she’d later reflect, “where they become the conduit, or where they engage in this mysterious process. For me, light is the signal in the transition. It’s not being in the light, it’s being there before it arrives. It enables me, in some sense.”

But of course, it was as practical as it was spiritual. Because at the beginning of her career, Morrison was also a single work- ing mother of two young boys. Her job as an editor for Random House occupied her days, her children every other minute, and by the late evening she was burned out, too tired to think. It was the precious early morning hours between the parting dark and the rising dawn, before her boys uttered the word Mama, before the pile of manuscripts from work demanded her attention, before the commute, before the phone calls, before the bills beckoned, before the dishes needed to be done, it was then that she could be a writer.

Early , she was free. Early, she was confident and clearheaded and full of energy. Early, the obligations of life existed only in theory and not in fact. All that mattered, all that was there, was the story—the inspiration and the art.

There she was, starting her first novel in 1965, freshly divorced, thirty-four years old struggling as one of the few black women in an incredibly white, male industry. Yet in her mind, this was “the height of life.” She was no longer a child, and yet for all her responsibilities, everything was quite simple: Her kids needed her to be an adult. So did her unfinished novel.

Wake up. Show up. Be present.

Give it everything you’ve got.

Which she did. Even after The Bluest Eyes was published to rave reviews in 1970. She followed it with ten more novels, nine nonfiction works, five children’s books, two plays, and short stories. And she earned herself a National Book Award, a Nobel Prize and a Presidential Medal. Yet for all the plaudits, she must have been most proud of having done it while being a great mother, a great working mother.

Of course, it’s not exactly fun to wake up early. Even the people who have reaped a lifetime of benefits from it, still struggle with it. You think you’re not a morning person? Nobody is a morning person.*

But at least in the morning, are free. Hemingway would talk about how he’d get up early because early, there was “no one to disturb you and it is cool or cold and you come to your work and warm as you write.” Morrison found she was just more confident in the morning, before the day had exacted its toll and the mind was fresh. Like most of us, she realized she was just “not very bright or very witty or very inventive after the sun goes down.” Who can be? After a day of banal conversations, frustrations, mistakes, and exhaustion.

Be up and doing.

In Marcus Aurelius’s Meditations, we hear the most powerful man in the world trying to convince himself to get out of bed at dawn when the lower part of himself wants desperately to stay. “Is this what I was created for?” he asks of his reluctance. “To huddle under the blankets and stay warm?”

Yes, it is nicer under there. But is that what we were born for? To feel nice? That’s how you’re going to spend the gift of life, the gift of this present moment which you will never have again? “Don’t you see the plants, the birds, the ants, and the spiders and the bees going about their individual tasks, putting the world in order, as best they can?” he said to himself but also to us. “And you’re not willing to do your job as a human being? Why aren’t you running to do what your nature demands?”

Yet here we are, thousands of years later, still hitting the snooze button on our alarms. Here we are, wasting the most pro- ductive hours of the day, choosing to reject these moments be- fore the interruptions, before the distractions, before the rest of the world gets up and going too. Passing on the opportunity to gather our flowering potential while it’s freshest, still shining with morning dew.

“I think Christ has recommended rising early in the morn- ing, by rising from his grave very early,” observed the theologian Jonathan Edwards in the 1720s. Is that why quiet mornings seem so holy? Perhaps it’s that we’re tapping into the traditions of our ancestors, who also rose early to pray, to farm, to fetch water from the river or the well, to travel across the desert before the sun got too hot.

Think of how lucky you are. Be glad to be awake (because it’s better than the alternative, which we’ll all greet one day). Feel the joy of being able to do what you love.

Cherish the time. But most of all, use it.

* While we might say that waking up early might not be for absolutely everyone . . . it is for almost everyone. 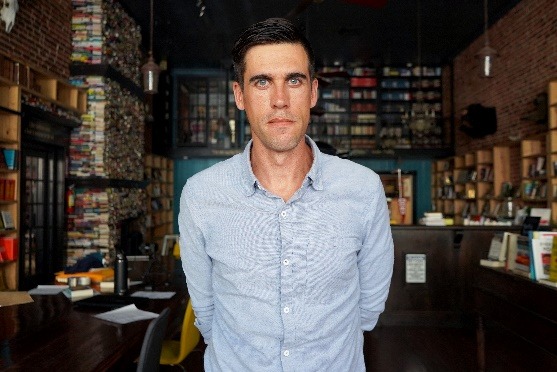 Ryan Holiday is one of the world’s foremost writers on ancient philosophy and its place in everyday life. His books, including The Obstacle Is the Way, Ego Is the Enemy, The Daily Stoic, and the #1 New York Times bestseller Stillness Is the Key have sold millions of copies and been translated into over 40 languages. He lives outside Austin, Texas, with his wife and two boys… and cows and donkeys and goats. He founded a bookshop during the pandemic called The Painted Porch, which features a carefully curated selection of Ryan’s favourite books and a stunning fireplace display made from 2000 books.