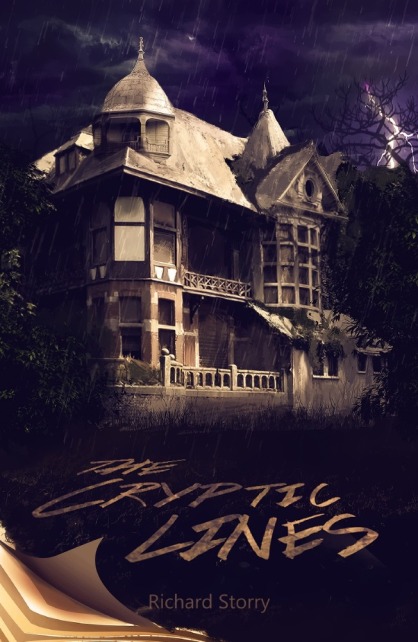 Despite the fact that we’ve only just stopped staying in literally, I’m still enjoying staying in metaphorically with a range of authors. It gives me great pleasure to welcome Richard Storry to an evening in today.

Staying in with Richard Storry

Welcome to Linda’s Book Bag Richard. Thank you for agreeing to stay in with me.

Thanks for having me Linda.

Tell me, which of your books have you brought along to share this evening? 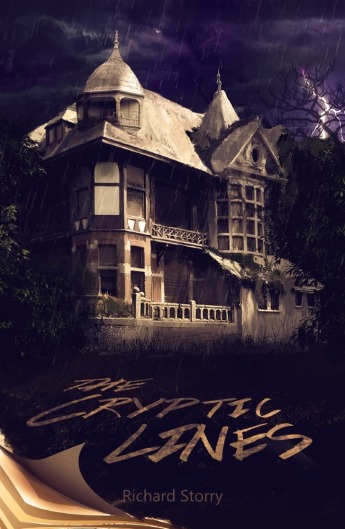 What can we expect from an evening in with The Cryptic Lines?

This atmospheric tale is part mystery and part treasure hunt, and it is set in a remote location in the crumbling old mansion, Heston Grange. The idea for this story had been in my mind for some considerable time before I actually sat down and put pen to paper. The interesting thing was that when I did eventually make a start, because it had been simmering away for such a long while the story just poured out of me, and the whole thing came together very quickly.

That must have been quite cathartic then!

The challenge was how to write a story that included so many tried and tested traditional elements, while retaining a freshness and originality. I think I can say I succeeded, since, to my amazement, the book has received dozens of glowing reviews, both in its paperback and audio formats.

You must be delighted with that response. 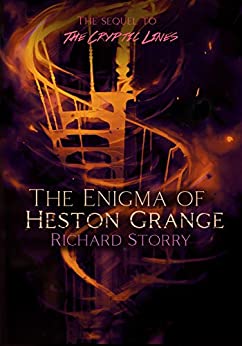 Subsequently, in response to demand, I added a sequel, The Enigma of Heston Grange.

They both look very atmospheric Richard.

I have also brought a photo of the actor, Jake Urry, who recorded the audio versions of both books, and who made a truly wonderful job of bringing the stories to life. I thought it would be interesting to include his photo, since his recording voice makes him sound several decades older than he really is!

I’m glad you said that as I was thinking he looks about 12!

I will never forget the first time I heard him deliver the opening words of The Cryptic Lines – his vocal tone was so atmospheric that it gave me the shivers. Needless to say, I was delighted when he later agreed to record the second instalment too.

I imagine you were! Thanks so much for telling me about The Cryptic Lines Richard. Let me give Linda’s Book Bag readers a few more details: 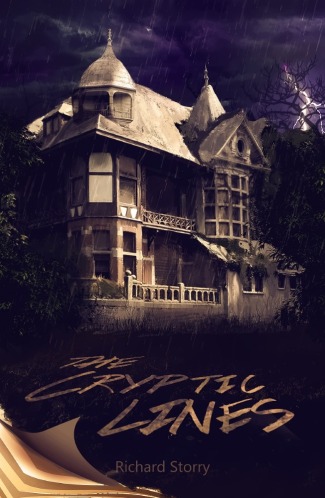 Set in a sprawling gothic mansion in a remote coastal location, somewhere in the British Isles, the elderly recluse Lord Alfred Willoughby is deciding what is to become of his vast fortune after his death.

Whilst his head is telling him to leave nothing at all to his wastrel son, Matthew, his heart is speaking differently.

After much deliberation, in a last-ditch attempt to try and show to his son the importance of applying himself to a task and staying with it to the end, he devises a series of enigmatic puzzles cunningly concealed within the lines of a poem – the cryptic lines.

If he completes the task successfully and solves the puzzles he will inherit the entire estate; but if he fails he will receive nothing.

However, from Lord Alfred’s Will it emerges that Matthew is not the only interested party. The mysterious old house holds many secrets, and nothing is as it first appears…

The Cryptic Lines is available for purchase here. 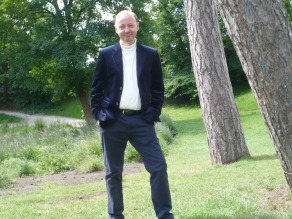 The first time Richard ever really thought that he wanted to become an author was while he was still at school. At the age of 14 he attended a Literature Weekend where the guest author was Leon Garfield. Over the course of that weekend Richard was encouraged to write a short story for a competition, which was judged by Leon – and he won! Richard always remembered the story he wrote for that occasion and, in fact, a re-vamped version now appears in his collection of short mystery tales, The Book of Names.

It was some years before “The Cryptic Lines” was born. The kindle version was published in February of 2015, with the paperback following a few months later and the audio not long after that. Since then Richard has continued to write. At this point, there are fourteen books available in total. Number 15 is complete though not yet published, and number 16 is about three quarters complete.