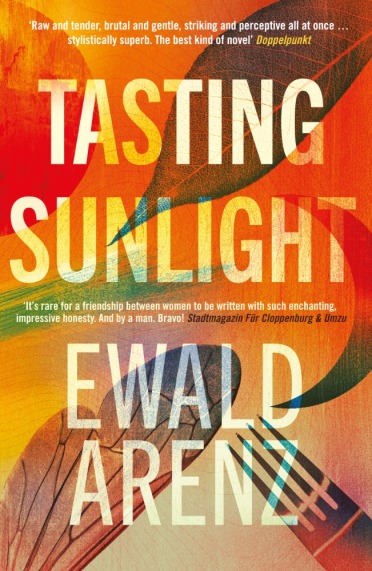 I have heard nothing but magnificent praise for Tasting Sunlight by Ewald Arenz and I’m delighted to have Tasting Sunlight on my TBR and to be able to share an extract with you on the blog tour today. My huge thanks to Anne Cater for inviting me to participate.

Tasting Sunlight was published yesterday, 23rd June 2022, by Orenda Books and is available for purchase here.

Teenager Sally has just run away from a clinic where she is to be treated for anorexia. She’s furious with everything and everyone, and wants to be left in peace. Liss is in her forties, living alone on a large farm that she runs singlehandedly. She has little contact with the outside world, and no need for other people.

From their first meeting, Sally realises that Liss isn’t like other adults; she expects nothing of Sally and simply accepts who she is, offering her a bed for the night with no questions asked.

The first night lengthens into weeks as Sally starts to find pleasure in working with the bees, feeding the chickens, and harvesting potatoes. Eventually an unlikely friendship develops and these two damaged women slowly open up – connecting to each other, reconnecting with themselves, and facing the darkness in their pasts through their shared work on the land.

An Extract from Tasting Sunlight 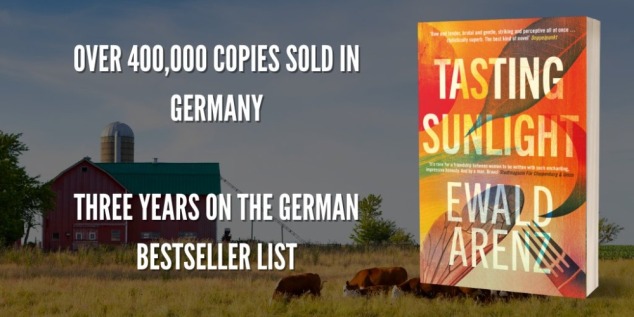 It was raining. For the first time in weeks. Good for the wine. As Liss pushed the courtyard door open into the dawn, the air, cool and grey, streamed into the kitchen, which was still warm, almost a little sticky with the warmth of summer. She drank her tea standing, leaning against the doorframe. It was a steady pouring rain. There were puddles in the yard. The hens ran from the stable to the barn and back. That was a life, and who was to say it was wrong, just because it looked pointless from a human perspective?

Liss stepped back into the kitchen, laid the table and then fetched her waterproofs. She was about to go when she looked back at the table and hesitated briefly, before eventually fetching a piece of dark bread from the larder and laying it beside the bowl of fruit. Then she went out into the rain and exhaled deeply as the first cool drops fell onto her face.

It hadn’t been raining then. But it had sounded like it. It had been thawing. Those days in February were the saddest ever. The icicles on the gutters melted and dripped ceaselessly onto the lead roofs of the hen houses, the rabbit hutches, the woodshed. The sky seemed to have no flavour. The puddles in the unpaved yard were up to her ankles. The fences by the road were still buried, metres deep, beneath the dirty, hard snowdrifts, a whole winter’s worth, and you couldn’t imagine that it would ever be summer again. She’d been doing her schoolwork and staring longingly out of the window. Now she was outside on this quiet Saturday afternoon, and it felt as though she were entirely alone in the village. Everyone else could have been dead or have suddenly vanished. She could hear nothing but the steady dripping and, now and then, the heavy soughing as a load of snow on one of the roofs started to slip, then drummed down onto the yard. She imagined actually being entirely alone. The village was as extinct as the aftermath of a nuclear war in one of the futuristic novels she borrowed from the local library and read when her father wasn’t at home. He didn’t like her reading. She left the farm and walked down Haselau lane, the heroine of a sci-fi novel. The village looked black and white amid the spent snow, like something out of an old film. In the bakery she could see Anni, tidying up the display. The woman gave her a pretzel every morning as she stood with the others outside the shop window, waiting for the bus. Now she was beckoning her in, but she couldn’t go, because she was on a mission and Anni was nothing but a flickering image on one last television running on the last of the electricity in a plundered shop in a deserted city. She walked further down the narrow street, past the Berger farm, past the parsonage garden wall, on which she sometimes lay face down in the summer, her whole body absorbing the heat of the sun-sated stones. Those were special afternoons, and only very rare. When she’d crept away with a book that she then couldn’t read, because as she read, the images sharpened and, if she squinted a little, the air above the parsonage roof gradually turned as blue as a southern sea. When she and the wall she was lying on had travelled away, unnoticed, into a small, hot town by the sea, and she was no longer Elisabeth but Zora, and no longer had any parents, but was free to go wherever she wanted. And shimmering over the rooftops was the sea.

She hunched her shoulders. On a February day like this, it was a certainty that she’d never see the sea; worse still, it wasn’t even certain that there’d ever be another summer day when she could dream, at least for an hour and a half, of being somebody else. 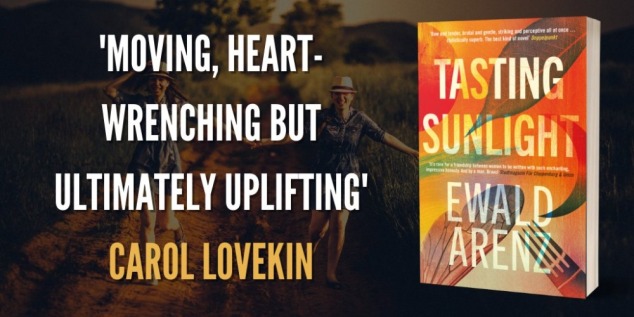 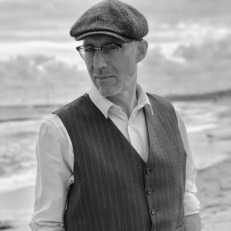 Ewald Arenz was born in Nurnberg in 1965, where he now teaches. He has won various national and regional awards for literature; among them the Bavarian State Prize for Literature and the great Nuremberg Prize for Literature. One of seven children, he enjoys nature, woodturning, biking, swimming, and drinking tea. He lives with his family in Germany. 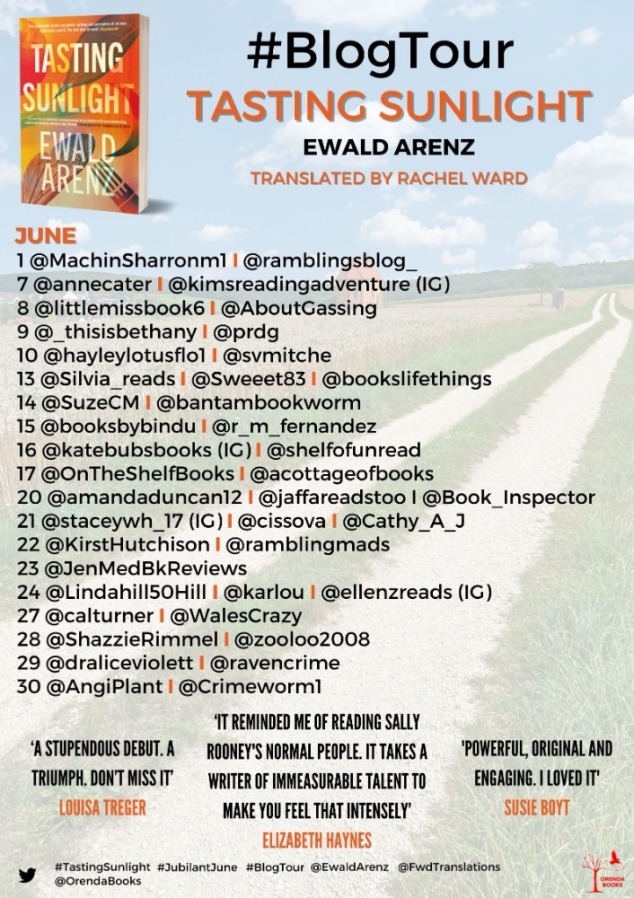