It’s always a pleasure to ‘meet’ new to me authors and today I’m delighted to welcome Robert Croly to stay in with me and tell me all about his latest book. I also need to apologise to Robert as I had intended to post this yesterday as part of a YA feature but life got the better of me.

Staying in with Robert Croly

Welcome To Linda’s Book Bag Robert, Thank you so much for staying in with me today.

Thank you for inviting an unknown to the hallowed reams of established authors. Being here feels like swimming among sharks! Especially as I’m probably the only writer here aiming at the very difficult 11 – 15 age group.

It’s my pleasure – and I feature young adult and children’s books quite frequently so you’re in good company. Tell me, which of your books have you brought along to share this evening and why have you chosen it?

I have brought along my latest self published book, P.J. Holden – Freedom Fighter. I have brought it as a sequel to my second book, The Boys of Junior Red, and it completes the vision I have of a successful society on a new world, suddenly threatened by the very world they originally came from. 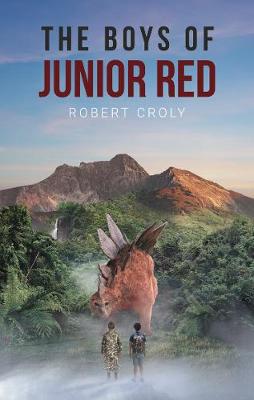 It gives me the chance to really expand how important the freedom we take for granted is, and the possible sacrifices necessary to retain it.

Oh. I have a feeling that both books are incredibly relevant to today’s world Robert.

What can we expect from an evening with P.J. Holden – Freedom Fighter?

The book follows the adventures of a group of youngsters raised in this new unspoiled world living in what is basically an agrarian society, where much of a distant Earth’s technical miracles have been forgotten, leading to a distinctly prosperous community, which has made the grave error of sending a ship back to a dystopian Earth, ruled by a corrupt United Nations, informing them of the success of the colony.

The returning ship is doom laden for this blissful world, bringing military threat and more corrupt leadership. Against this overwhelming might, the farmers and scientists are helpless, and only the tiny naval facility and academy, with its few officers and cadets, decide to stand firm in their determination to keep their way of life. The book follows their adventures in this fight.

That sounds scarily possible. Where did you get the idea of your characters?

I forge my characters from normal kids with their innocence and vulnerability, into acts of immense courage and determination, and while I try to keep the action realistic, I do not let it get too visceral.

From the few kids who have read the final mss, I am pleased and relieved that they all liked the book, one even wishing he could be a naval cadet! I am not afraid of adult review, but I am far more concerned with what my target readers think. After all they are why I love to do this, and to see a kid select one of my books from a shelf would be heaven sent for me.

I think adults love fiction for younger writers too Robert. I know I do. But I agree, positive feedback from your target audience would be a real thrill. What interests you about the sci-fi genre?

The sci-fi genre does let writers fly free with little restraint, so I try to keep the gadgetry to a minimum. Character and a feeling for this new world are more important, and I believe my young readers can get along without lightspeed spaceships and horrific monsters. I have actually eased a possible alien factor into both books, but not to take front stage, so to speak!

So there it is. I have stacks of ideas pending for the future, so I will continue doing this lonely but so satisfying job, and hopefully one day we will see more young people put down those phones and pick up a book, – even if it isn’t one of mine !!

Ha! Even if they don’t put down their phones, maybe they could read an ebook version of P.J. Holden – Freedom Fighter on them! 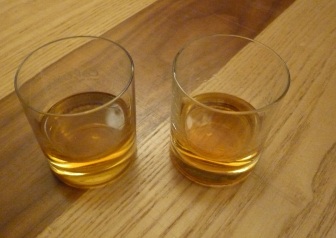 My perfect idea for an evening at the keyboard, includes a stack of CD’s blasting movie soundtrack music, especially John Williams or Dimitri Tiomkin, even Elmer Bernstein. To further help the thought process, a generous glass of Mister Jack Daniels should be in reach. Using the memories of a long active life, I have more than enough plots to bring to life.

I think that P.J. Holden – Freedom Fighter sounds great Robert. Thanks so much for staying in with me to chat about it. Now, you put on some music and I’ll give Linda’s Book Bag readers a few more details.

Haven Port was a beautiful colony, the only colony outside the solar system, with seemingly nothing to trouble its inhabitants ‒ that is
until the arrival of the first ship to make the return trip from Earth. What it brought would cause tragedy and conflict, because the settlers valued their way of life and were not about to lose it without a fight ‒ even against overwhelming odds!

Robert Croly was born in Scotland; but has lived most of his life in Norfolk. Apart from regular trips to California and the western states for research on new story lines. He spent most of his working life in the book printing trade, covering most aspects of the process. Despite this he still loves books! An enthusiastic biker with an inside knowledge of youth motorcycle road racing, which made his book, The Kid in White Leathers the first novel on racing for youngsters. He started writing after retiring, deciding to concentrate on writing stories to encourage kids to pick up a book and read; simple as that! He says, ‘My characters are like my kids; if you like them, I’ve got it right. Nothing beats that!

2 thoughts on “Staying in with Robert Croly”