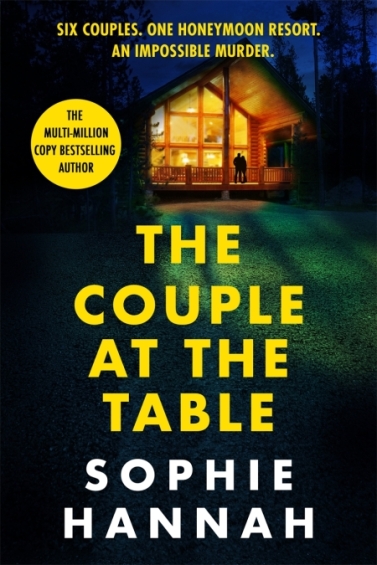 It’s far too long since Sophie Hannah appeared on Linda’s Book Bag when I reviewed The Monogram Murders here and I’m delighted to rectify that by participating in the blog tour for her latest book The Couple at the Table with a wonderful UK giveaway. My grateful thanks to Jenny Platt at Hodder for inviting me to take part.

Published by Hodder and Stoughton on 27th January 2022, The Couple at the Table is available for pre-order through the links here.

The Couple at the Table 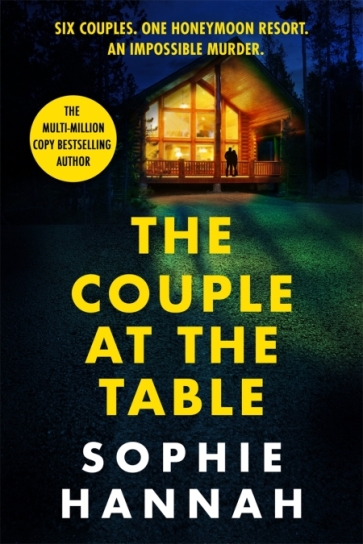 You’re on your honeymoon at an exclusive couples-only resort.

You receive a note warning you to ‘Beware of the couple at the table nearest to yours’. At dinner that night, five other couples are present, and none of their tables is any nearer or further away than any of the others. It’s as if someone has set the scene in order to make the warning note meaningless – but why would anyone do that?

You have no idea.

You also don’t know that you’re about to be murdered, or that once you’re dead, all the evidence will suggest that no one there that night could possibly have committed the crime.

Doesn’t that sound fabulous? I’m delighted to be able to offer a copy of The Couple at the Table to a lucky UK recipient:

A Hardbacked Copy of The Couple at the Table 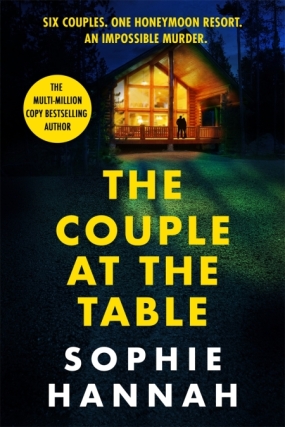 For your chance to win a hardbacked copy of The Couple at the Table by Sophie Hannah, click here.

UK ONLY. Giveaway ends ay UK Midnight on Thursday 20th January 2022. The winner will be chosen at random and must be able to provide a UK postal address to receive their prize directly from the publisher. 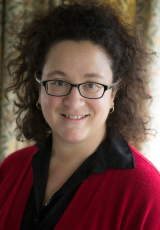 Sophie Hannah is an internationally bestselling crime fiction writer. Her crime novels have been translated into 34 languages and published in 51 countries. Her psychological thriller The Carrier won the Specsavers National Book Award for Crime Thriller of the Year in 2013. In 2014 and 2016, Sophie published The Monogram Murders and Closed Casket, the first new Hercule Poirot mysteries since Agatha Christie’s death, both of which were national and international bestsellers.

Sophie’s novels The Point of Rescue and The Other Half Lives have been adapted for television as Case Sensitive, starring Olivia Williams and Darren Boyd. Sophie is also a bestselling poet who has been shortlisted for the TS Eliot award. Her poetry is studied at GCSE and A-level throughout the UK.  Sophie is an Honorary Fellow of Lucy Cavendish College, Cambridge. She lives in Cambridge.

8 thoughts on “Blog Tour Giveaway: The Couple at the Table by Sophie Hannah”