I always think that what is so fascinating about fiction is that it can afford us the opportunity to escape the real world and live in many other times and places. JP Harker’s new book allows just that kind of escapism and I’m delighted he has agreed to stay in with me to chat about it today.

Staying in with JP Harker

Welcome to Linda’s Book Bag, James. Thank you for agreeing to stay in with me.

Hi Linda, today I’ve brought in my latest release; Gawain.  It follows the early life of this Arthurian hero, and is based on the Green Knight tale, with a little of my own Celtic twist.  I love Arthurian tales but too many have been put into the wrong era of history, lumping King Arthur in with a medieval idea of knights in shining armour (because that’s when the myths became really popular).

The real figures, if they ever existed, would have lived at least six hundred years earlier, when Britain was in chaos after the collapse of Roman power.  The ‘knights’ would have been Celtic or Romanised Britons, facing the slow invasion of the Saxons.  In my version of these legends, the Britons have split into various tiny kingdoms, in desperate need of unity and heroic leadership as the Saxon threat grows worse.  Knights, Assemble!

That sounds fascinating. What can we expect from an evening in with Gawain?

Gawain is a mix of fantasy and historical fiction, mixing in some traditional legends with more realistic history.  It’s by far the shortest of my books, weighing in at barely 105k words, and has a bit of a pacier feel to it.

That sounds quite a volume to me!

We’re following Gawain when he’s at the tender (and predictably unwise) age of sixteen, a young lad with two warlike older brothers growing up in the household of a semi-retired warrior king.  As you can imagine, he’s rather keen on getting some warrior reputation for himself, and impressing a certain pretty girl whenever he can.  This attitude takes him into conflict with a mysterious green-clad stranger at the feast of Beltane, and things only escalate from there.

Tantalising! And how is Gawain being received?

A few rather nice quotes from reviewers describe it thus:

‘The cast of characters in this book were funny and they seemed authentic. Gawain’s comrades were equally lacking in sense when it came to decisions’

‘The battle scenes are superb. They’re so well described and exciting, and I can really picture what’s happening. Unsurprisingly, not everyone is safe!’

‘I thoroughly enjoyed the story especially as it picked up towards the end, and it ended in a twist that I did not see coming’ 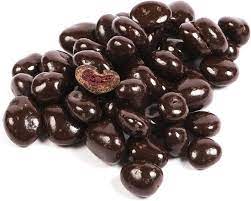 I have my traditional snack of dark chocolate cranberries (I may have a problem!), the delightful music of Queen in the background, and beside me as ever is one of my faithful swords.  Within reach is my hand-and-a-half sword, the same one which, many years ago, I used to cut my wedding cake.

My goodness James, how did I not know about chocolate cranberries!

Thanks so much for staying in with me to introduce Gawain. You share out some of those cranberries and I’ll give Linda’s Book Bag readers a few more details about Gawain: 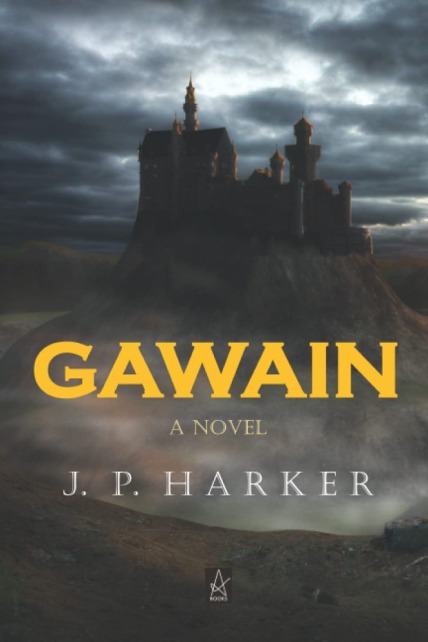 Gawain is the first book of the new series by JP Harker, author of Caledon Saga. Gawain follows the early lives of Arthur’s knights and the eventual formation of Camelot. Fast-paced, historically grounded re-imagining of Arthurian myth, it is focusing on a flawed hero and a sympathetic antagonist. It takes place in a semi-fantasized Dark Age Britain. Here, Romanized nations clash with each other, with the remnants of the Celtic peoples, and with the slowly encroaching Saxons.

In this book a young Gawain is embarking on his first test as a future warrior of Camelot. After accepting his challenge at the Beltane feast, Gawain defies his father to travel north and face this new enemy, unaware that the Picts are massing for an attack on his father’s kingdom. Leading them is Mhari, a tribal chief with her own goals and dreams for the north. The courage and morality of both characters is challenged, culminating in a final conflict where Gawain inadvertently proves his worth to a disguised Merlin. Themes include religion (the mixed Christian and Pagan world), temptation versus nobility, and sexual morality.

Published on 28th May 2021, Gawain is available for purchase here. 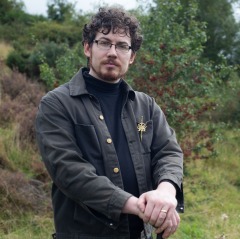 JP Harker is the pen-name of James Thomas, a mild-mannered hospital clerk and martial arts instructor from Glamorgan, South Wales. Having studied archaeology at university, specializing in Roman Britain, James first tried his hand at writing historical and fantasy fiction as a student, involving a lot of trial and error. In 2014 he started taking writing seriously and began work on a fantasy world, which led to the creation of the Caledon Saga. Gawain is the first book of his new series, following the early lives of Arthur’s knights and the eventual formation of Camelot.