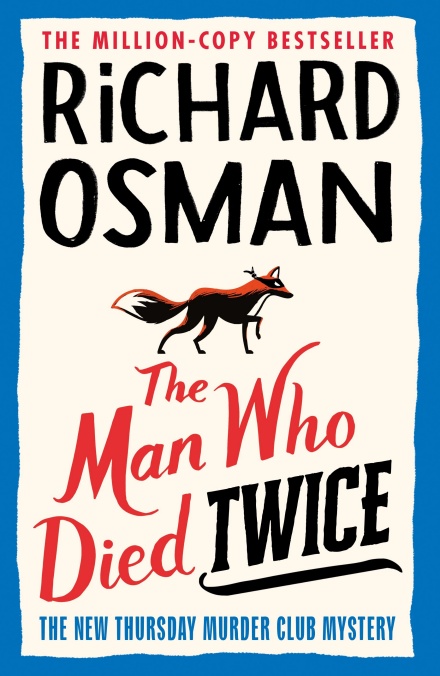 Having thoroughly enjoyed The Thursday Murder Club, my review of which you’ll find here, I was delighted to be asked to join the blog tour for Richard Osman’s second book in the series, The Man Who Died Twice. My thanks to Ellie Hudson at Penguin for inviting me to participate and for sending me a copy of The Man Who Died Twice in return for an honest review.

Published by Penguin imprint Viking on 16th September 2021, The Man Who Died Twice is available for purchase through these links.

The Man Who Died Twice 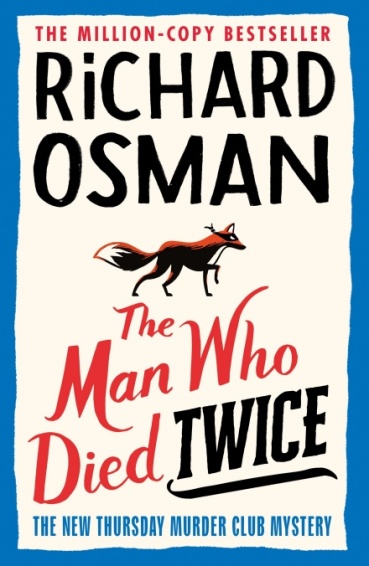 Elizabeth has received a letter from an old colleague, a man with whom she has a long history. He’s made a big mistake, and he needs her help. His story involves stolen diamonds, a violent mobster, and a very real threat to his life.

As bodies start piling up, Elizabeth enlists Joyce, Ibrahim and Ron in the hunt for a ruthless murderer. And if they find the diamonds too? Well, wouldn’t that be a bonus?

But this time they are up against an enemy who wouldn’t bat an eyelid at knocking off four septuagenarians. Can the Thursday Murder Club find the killer (and the diamonds) before the killer finds them?

My Review of The Man Who Died Twice

The Thursday Murder Club team have a new case.

Richard Osman has a keen eye for human observation and his varied sentence structure, his witty dialogue and his ability to stop his readers in their tracks with an emotional or humorous detail – almost in passing and often dealing with the prosaic – worked perfectly for me. I laughed aloud on several occasions and there were a couple of times when I shed a tear too. There’s a well-balanced visual aspect to the writing so that readers have sufficient detail to picture the scene without slowing the tempo of the story that enhances the reading experience.

Indeed, the plot absolutely romps along with a breathless pace and ridiculously clever storytelling. With Joyce’s first person accounts keeping the reader up to date, Elizabeth is often the driving force of the action, but ironically it is Ibrahim, who features less in this narrative than in the previous book, who is the catalyst for many events. Obviously I don’t want to spoil the story for others, but I found this aspect of The Man Who Died Twice a touching element. I absolutely love the fact that the majority of the people in The Man Who Died Twice are mature or old but that they are not patronised or stereotyped by the author. Rather, Richard Osman illustrates that life is what you make it regardless of years and that being of retirement age does not mean we need to retire form life and vitality.

I thought the title was inspired as it applies to more than one character in the book, but again, it’s so difficult to say why without spoilers. Themes too, are difficult to review without giving too much away so I’ll just say that woven into a hugely engaging story are some incredibly perceptive insights into morality, loyalty, friendship, love, relationships and family so that whilst being light hearted fun – in spite of all the murders – The Man Who Died Twice has smashing depth and provides the reader with food for thought.

I absolutely loved reading The Man Who Died Twice because it’s witty, tender and entertaining. Also, I’m off to knit a friendship bracelet as I’m really rather hoping I might bump in to Bogdan in person before too long!

Richard Osman is an author, producer and television presenter. Hid s first novel The Thursday Murder Club became an international best seller.  He is well known for TV shows including Pointless and Richard Osman’s House of Games. As the creative director of Endemol UK, Richard has worked as an executive producer on numerous shows including Deal Or No Deal and 8 Out of 10 Cats. He is also a regular on panel and game shows such as Have I Got News For You, Would I Lie To You and Taskmaster. 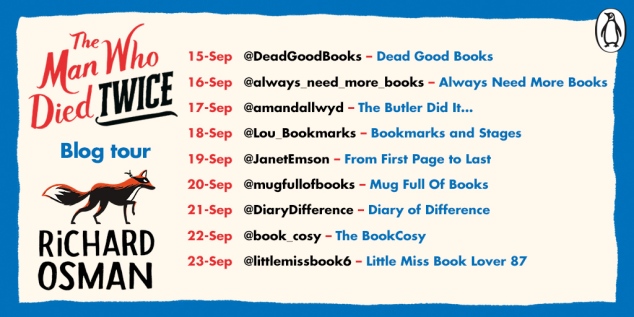 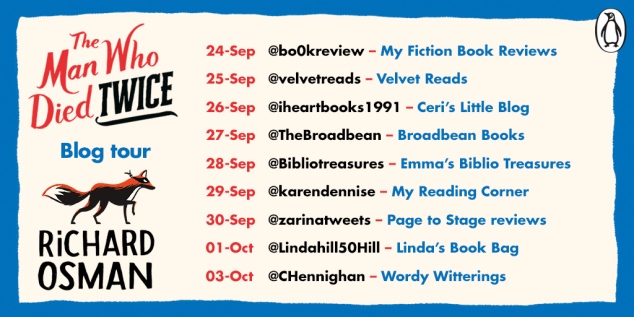 8 thoughts on “The Man Who Died Twice by Richard Osman”