My enormous thanks to Alice Dewing at Picador for sending me a copy of All The Names Given by Raymond Antrobus in return for an honest review.

I was delighted to receive All The Names Given as I previously reviewed (here) Raymond Antrobus’ Perseverance when I was a shadow judge for The Sunday Times/University of Warwick Young Writer of the Year Award in 2019. You can read about that experience here. Perseverance won the award in 2019.

All The Names Given is published by Pan Macmillan imprint Picador today, 2nd September 2021, and is available for purchase through these links.

All The Names Given

Raymond Antrobus’s astonishing debut collection, The Perseverance, won both Rathbone Folio Prize and the Ted Hughes Award, amongst many other accolades; the poet’s much anticipated second collection, All The Names Given, continues his essential investigation into language, miscommunication, place, and memory. Beginning with poems meditating on the author’s surname – one which shouldn’t have survived into the modern era – Antrobus then examines the rich and fraught history carried within it. As he describes a childhood caught between intimacy and brutality, sound and silence, and conflicting racial and cultural identities, the poem becomes a space in which the poet can reckon with his own ancestry, and bear witness to the indelible violence of the legacy wrought by colonialism. The poems travel through space, shifting between England, South Africa, Jamaica, and the American South, and move fluently from family history, through the lust of adolescence, and finally into a vivid and complex array of marriage poems — with the poet older, wiser, and more accepting of love’s fragility.

Throughout, All The Names Given is punctuated with [Caption Poems] partially inspired by Deaf sound artist Christine Sun Kim, which attempt to fill in the silences and transitions between the poems, as well as moments inside and outside of them. Direct, open, formally sophisticated, All The Names Given breaks new ground both in form and content: the result is a timely, humane and tender book from one of the most important young poets of his generation.

My Review of All The Names Given

A volume of forty poems.

My word. All the Names Given may be a slim volume but it packs the kind of punch that leaves the reader reeling. Both personal and political, intimate and global, these poems by Raymond Antrobus illustrate perfectly how history and the present impact the individual so that I felt all manner of emotions in reading them. The poet has made me understand my privileged life and to appreciate it much more clearly.

As well as being emotionally moved, I was educated by All the Names Given. Reference to a painting in Plantation Paint, for example, had me scurrying off to research the image so that the resonance of these poems reaches far beyond their reading. I’m sure too, that the more time the reader spends with Raymond Antrobus’s words, the more there is to be gleaned and appreciated. I loved the quotations from other writers that gave the poems an added interest. Again, I discovered writers like poet Christopher Gilbert whom I hadn’t encountered before. Indeed, after I’d read the collection, I found the ‘NOTES ON THE POEMS’ included at the end afforded me all kinds of new pleasures to explore further.

I thoroughly appreciated too, the poetic techniques used by the Raymond Antrobus. Enjambement illustrates how the links with history run through the present. Rhetorical questions show the reader that answers still need to be found to the questions of identity and race, as well as the attitudes to them.  The asides or Caption Poems in square brackets added auditory depth that I found especially effective coming from this hearing impaired writer. White space is used so judiciously that it provides pause to allow the reader to absorb meaning, and its contrast with the written word intensifies the poetry until what is left unwritten becomes just as affecting as what is written. I thought these techniques worked so effectively because they seem natural and unforced; organic rather than self-consciously crafted.

However, although the references to different locations also add depth and colour to the writing, the poetic techniques are skilful and the historical, geographical and literary references are fascinating, what is most affecting about All The Names Given is the sense of Raymond Antrobus the man. He takes the reader through a kind of potted history of his life, from the cursing of his mother under his breath as a boy to marriage, so that All The Names Given feels as if the reader has been given privileged access into the mind of the poet, watching him change and evolve as the poems are read.

I thought All The Given Names was both brutal and tender, personal and universal so that Raymond Antrobus has included something for every reader in this collection. Indeed. I thought it was excellent. 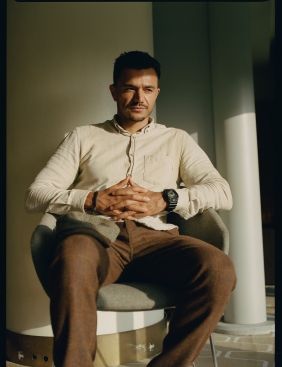 Raymond Antrobus was born in Hackney to an English mother and Jamaican father. He is the recipient of fellowships from Cave Canem, Complete Works III and Jerwood Compton Poetry. He is one of the world’s first recipients of an MA in Spoken Word Education from Goldsmiths, University of London. Raymond is a founding member of Chill Pill and Keats House Poets Forum. He has had multiple residencies in deaf and hearing schools around London, as well as Pupil Referral Units. In 2018 he was awarded the Geoffrey Dearmer Award by the Poetry Society (judged by Ocean Vuong).

The Perseverance (Penned in the Margins, 2018), was a Poetry Book Society Choice, the winner of the Rathbones Folio Prize and the Ted Hughes Award, and was shortlisted for the Griffin Poetry Prize and Forward Prize for Best First Collection.

One thought on “All The Names Given by Raymond Antrobus”