I can’t believe it’s four years since I had the pleasure of hosting a super guest post by Pam Billinge here on Linda’s Book Bag when The Spell of the Horse was published. Today, I’m very pleased to host an extract from Pam’s latest book, The Spirit of the Horse and I’d like to thank Stephanie from Blackbird Books for inviting me to participate in this celebratory blog tour.

Published by Blackbird, The Spirit of the Horse is available for purchase here.

The Spirit of the Horse

When Pam follows her dream to a farmhouse with five acres in northern France, she is able to live alongside her horses for the first time. Here, in the heart of nature, deeper insights are revealed into the healing connection between horse and human and the incredible power of presence to transform. Might it be that learning to honour and communicate with another species helps us to reframe the way we perceive each other, as well as how we might see ourselves?

A pioneer in embodied horse-led therapy and leadership development, Pam’s story is interwoven with those of inspiring individuals and groups she has supported: from people experiencing relationship breakdown to large organisations looking for culture change; from the bereaved or lonely to the confused wishing to explore what next. Steeped in simple wisdom, the stories offer the reader a pragmatic, mindful template for personal transformation.

‘It is with grace that horses lead us gently to a place where forgiveness is possible and self-compassion takes the place of contempt. They draw us into a non-linear dimension where we can sink into the infinity of the moment and know deep peace and harmony.’ – Pam Billinge

An Extract from The Spirit of the Horse

Since arriving in Wiltshire I had continued to be single. The romantic disappointments of the previous decade left me with no appetite for building a new relationship. And besides, re-establishing myself and my business took just about all the creative energy available to me. I felt self-contained, independent and cheerful. Exposing myself again to the risk of heartbreak was not on my agenda at all.

Then my dog died. Holly was one of two Jack Russells I bought as pups. With her sister Milo, who had passed away the year before, she was at my side for just on 18 years, longer than any other living thing, bringing me light and comfort through the darkest of times. I had adopted another younger dog already, Maisie, but carrying Holly into my car for the final visit to the vet’s was no less excruciating. In saying goodbye to her, I was also forced to confront in full the loss of her sister, whose essence had lived on with her litter mate.

Sometimes, when people ask me if I have children I reply ‘Yes, but they all have four legs.’ It usually raises a laugh and lightens the moment. My pets are the closest thing to kids I have experienced. Some might pity me, find it sad, emotionally unhealthy or anthropomorphic. Many understand the depth of attachment possible with a domestic pet. My life has been illuminated by the presence of my four-legged family members, canine and equine. The enduring inter-species understanding I have developed with each of them over long periods brings profound dimensions which I hold dear.

When I went home without Holly I felt utterly alone. Other bereavements were rekindled: my brother, parents, friends. Kind gestures and words were offered, but what I most needed was a hug and someone to sit beside me and share my sorrow.

I was no stranger to internet romance. I had previously been on dates (mostly just the one!) with men a foot shorter and a foot taller than me, with farmers and financiers, builders and beekeepers. There was the dinner with the son of a published culinary critic who complained about the perfectly acceptable food and wine and shouted at the chef ‘You do know who I am don’t you?’ before he stormed out, and the meal with a landscape gardener which ended prematurely when I set fire to the tablecloth. He heroically threw the blazing fabric to the floor and stamped on it to quell the flames, melting the soles of his new shoes in the process. He didn’t call me again. Then of course, there were the men for whom ‘separated’ meant still living with their wife but not having sex, and those for whom ‘divorced’ meant the ink was only just dry on the decree nisi and whose bile leeched from every pore.

Thus it was with an open mind and an attitude of curiosity that I sought once again to improve my love-life. My search was surprisingly short. A photograph of a Jack Russell who looked disarmingly like the dogs I had lost led me to John. Ten months after meeting for coffee one Saturday morning, he came to live with me.

And now, of course, I really want to read the rest of this! 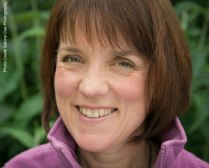 Pam Billinge is a therapist, coach and author who specialises in embodied horse-led learning. This unique approach relies entirely on the emergent relational process between horse and human. At her bases in the UK and in France, Pam supports people of all nationalities, ages and walks of life with their personal and professional development. Through her workshops and her writing Pam wishes to share the healing wisdom of horses whilst advancing the cause of this sometimes much-misunderstood species. She hopes also through her work to reconnect us with the natural world from which we are too often separated.